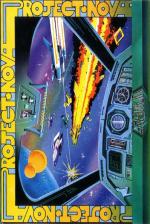 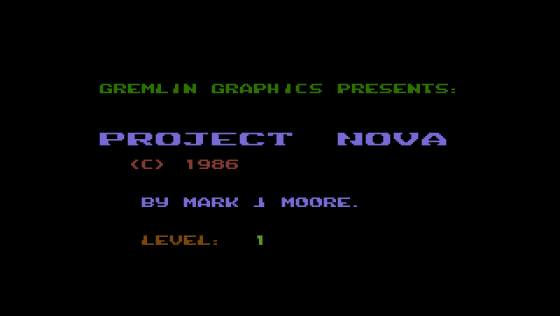 Project Nova takes the C16 into the next century with a convincing visual display leaving you wondering if it is a game or a reality.

Patrolling an empty patch of space, your ship moves on relentlessly as the starscape scrolls towards your ship. Dextrously, your finger switches on the computer display and the star map appears on the screen. The picture is clear but disturbing. In almost every sector on the grid lurks an enemy battle cruiser.

Deep in outer space the enemy have encroached on Federation territory and a hero is needed to mop up their attacking forces. Armed with twin lasers and your powerful tracking computer you have been selected for the task. 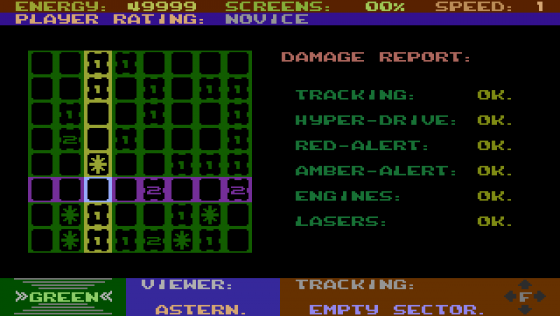 Selecting a sector, you switch to hyperdrive, the display fades and the stars whizz by until you find yourself face to face with your foe in full 3D warfare.

For a C16 game, Project Nova is rather complex and shows how Gremlin have come to terms with the machine. The graphic effects are very cleverly programmed and the realistic 3D sensation is successfully conveyed.

Your ship is solar powered and the drives, shields and lasers drain the power at a rate depending on the state of readiness you are in. In green mode, you can gradually recharge but your ship is defenceless. In amber, the power seeps away, but in red it evaporates at an alarming rate.

A quick recharge can be gained by hyperspacing to an energy sector, but these are few and can only be used once. The skill is to balance threat with status. A single enemy ship can be defeated in amber state but a multiple attack will need full red power for defence.

The map is a grid of squares with a pair of intersecting lines running across it. The point at which they cross is your selected destination. Once there, you must kill the enemy, repair the damage and move on quickly if you are to get promotion. The enemy are dangerous and tricky; their ships zoom in and out of range and weave around your laser sights. Only the most skilful pilot will survive.

Do your C16 a favour by projecting this into its memory banks and let it come alive.

The enemy are dangerous and tricky; their ships zoom in and out of range and weave around your laser sights. Only the most skilful pilot will survive. 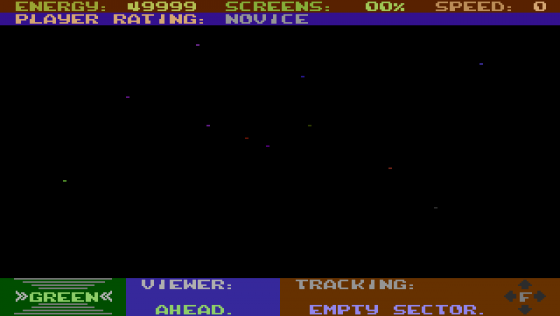 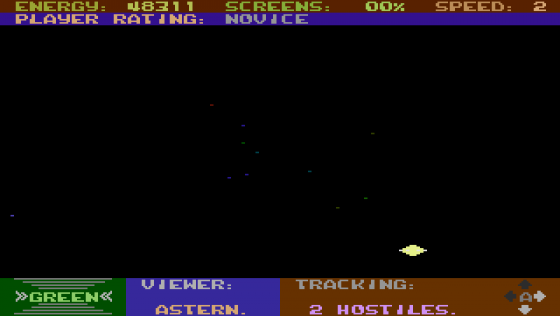 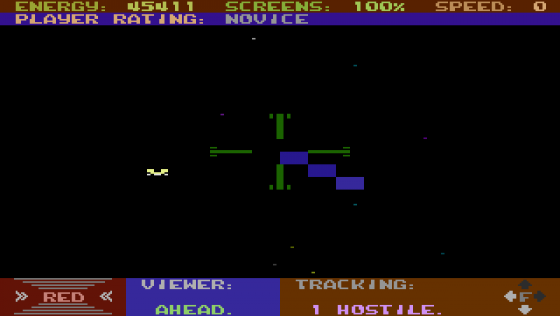