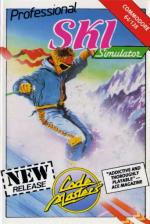 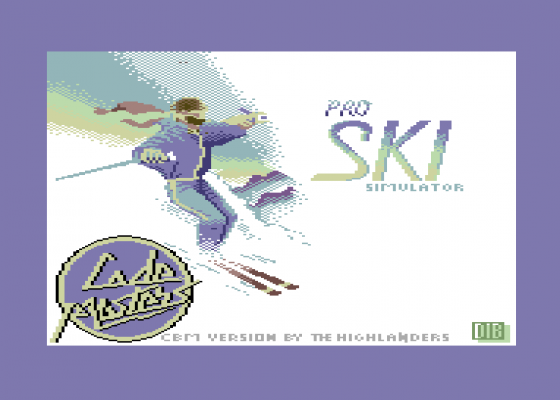 Time to break out ze silly ekscents und make mit der 'Bend ze kneeez' as you take to the slopes in this game of fun on the piste.

You and a competitor (computer or human-controlled) start the game at the top of a snowy slope, depicted in a sort of isometric 3D, the object of the game being to get to the bottom of the run in limit time.

Easy, huh? Well, it would be except for the fact that, to qualify for the next run, you have to get to the bottom of the slope *and* do it by skiing through a series of gates. The joystick or keyboard rotates your skier left and right, and the Fire button pushes him forward or, on a slope, makes him crouch for extra speed. 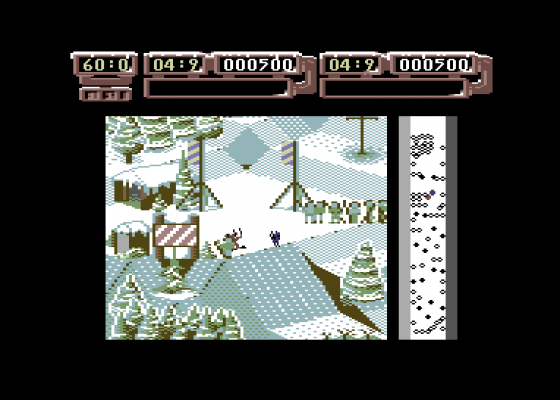 Aaaargh! This is so frustrating! The skiers are quite difficult to control because they sometimes get into positions where you can't see which direction they're going.

Also, there are times when you have to really thrash away at the poles to get anywhere, and for no apparent reason. 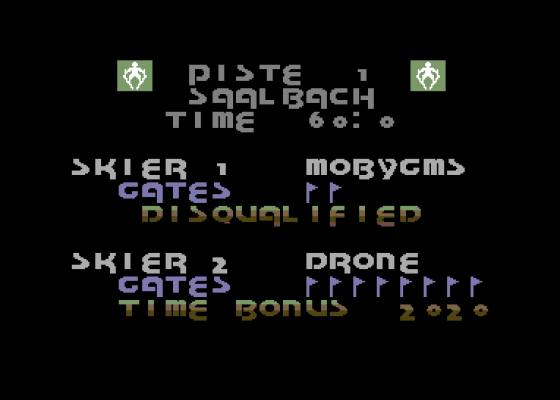 Oh, and whenever you crash, you nearly always end up pointing in the wrong direction - just like Codemasters BMX Simulator! Maddening!

I did eventually get the hang of the game, but even then I found the time limit on the second run too tight. Only but it if you've got a good supply of tranquilizers in the house.

Another "Simulator"? Well, I'm not going to complain because this one's really quite good, though I'll admit it's an acquired taste. 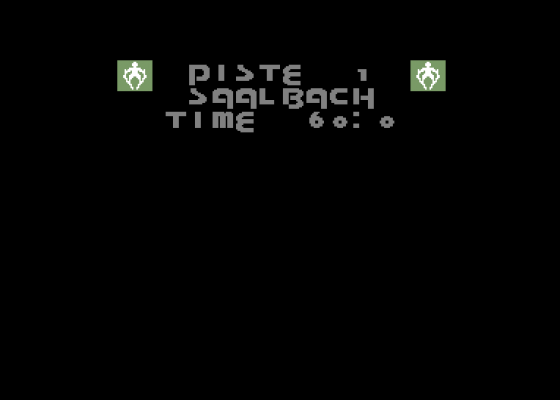 The skier graphics, though small, are finely detailed, and the slope graphics are really attractively drawn with nice scenery and a good shading system which succeeds in clearly depicting the direction of the slopes.

The sound is less impressive and in the game it's restricted to snowy swish noises. The opening soundtracks aren't too bad, but they're the sort of scratchy electro-pop that you've probably heard on almost every other Codemasters game. Still, good effort, good effort!

Presentation 67%
Scores on the one and two simultaneous player options and the good screen layout.

Hookability 70%
Difficult at first, but it's very much a case of 'one you get the knack...'

Lastability 60%
...and even when you've got the knack, some of the time limits make it a bit frustrating.

Overall 73%
An unusual and mildly compelling adaptation of the sport.

An unusual and mildly compelling adaptation of the sport. 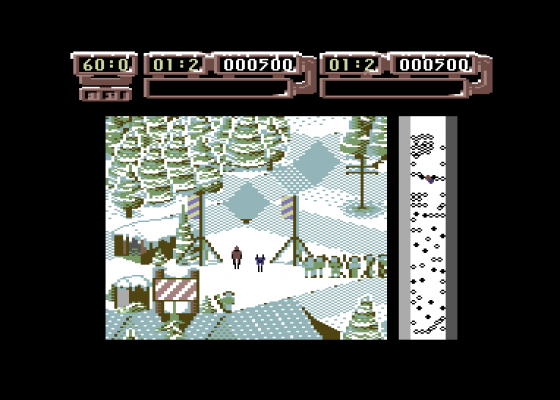 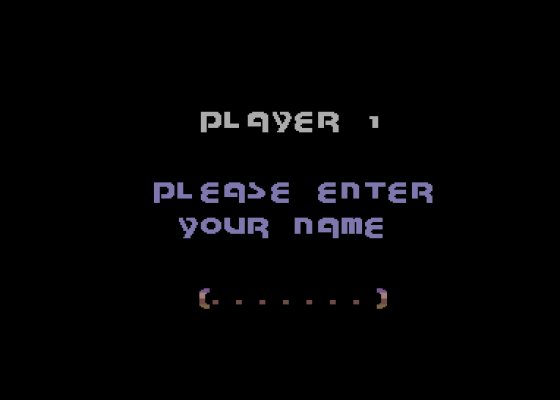