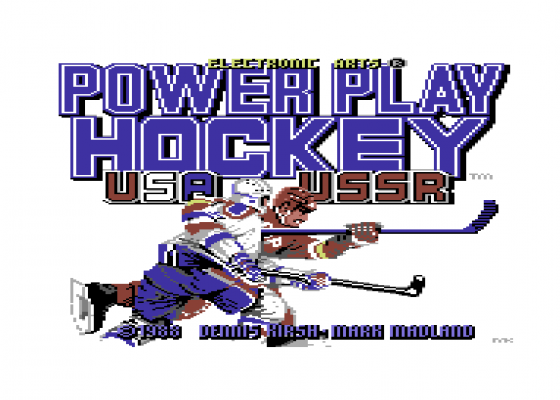 Get into your helmets and shinpads, peeps 'cos a match that's gonna give a whole new meaning to the cold war is about to begin. Yup, the US of A and the USSR are about to take on one another on in the ice hockey c challenge of the year. Da-daaa...

Hold it! Don't start trying to bully off right away. Pick the number of players, team size (one-on-one or five-on-five) and length of match first. Ready?

Right then - you're on a horizontally scrolling rink, you can try wrist shots, slap shots, face-off, drop passing, body and poke (oo-er) checking. There are penalties for roughing and cross-checking, icing and offsides. In the five-a-side game, you have the chance to switch between three different teams of players (with different strengths and weaknesses) at any time. You always control either the goalkeeper or one other player. 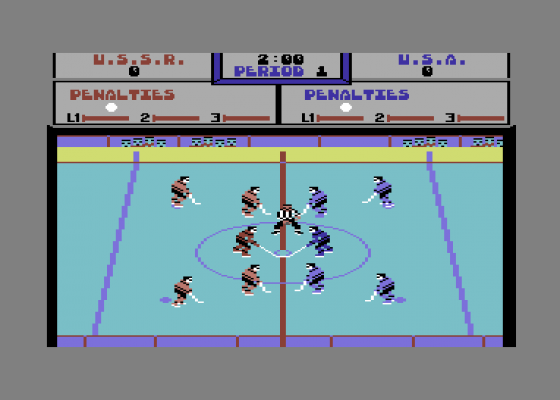 Got that? Right then, get mean, get lean, get out there and *get going*.

Whaddya mean, you're all going to shout, aren't there loads of options? Well yeah, there are loads of options but what really counts is the gameplay - and that's not so hot when you can't switch players, when some of the passing and shooting controls are far too awkward and you move a tad-ette too slowly around the screen. 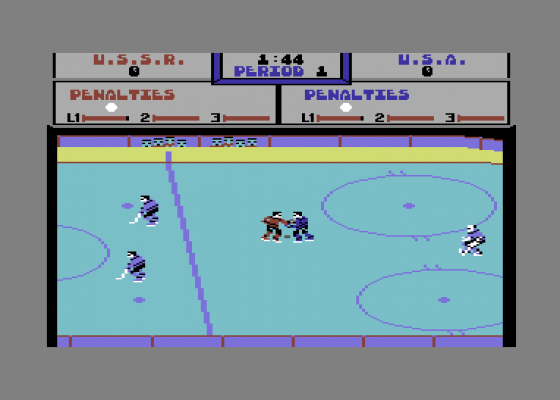 I'm far too bulky to be an ice hockey player myself, but I'm not averse to a bit of puck and bully in comfortable armchair mode. Anyway, I think I would have enjoyed this a lot more if the control method had been slightly more versatile.

Most decent team sports sims let you switch control between the different players - I can't really see why you should leave that out of an ice hockey sim. 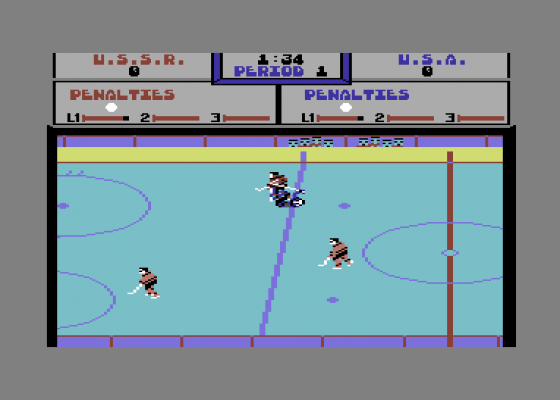 It's not that easy to get to grips with the shooting controls either - dead annoying when you've got a computer opponent really into scoring goals. Only for really dedicated sport fans who shout 'ugga ugga' a lot.

Hookability 50% Awkward controls are more than likely to put you off.

Lastability 52% Once you get the hang of it, you might find a bit more to enjoy, particularly in two-player mode. 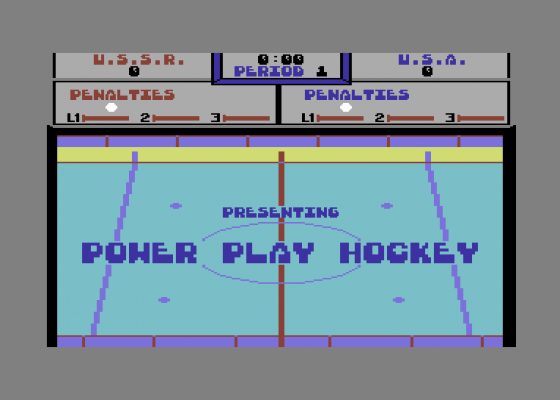 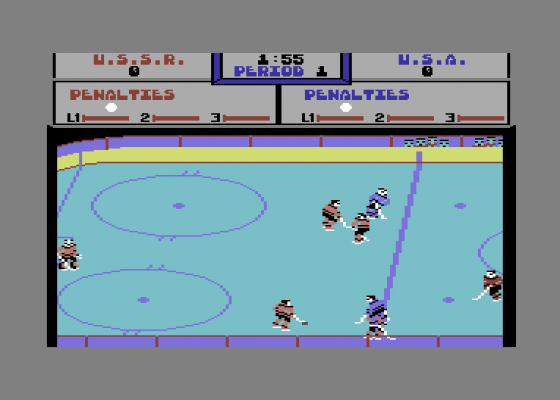 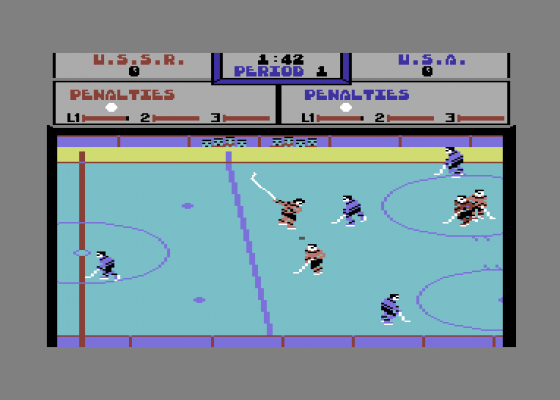 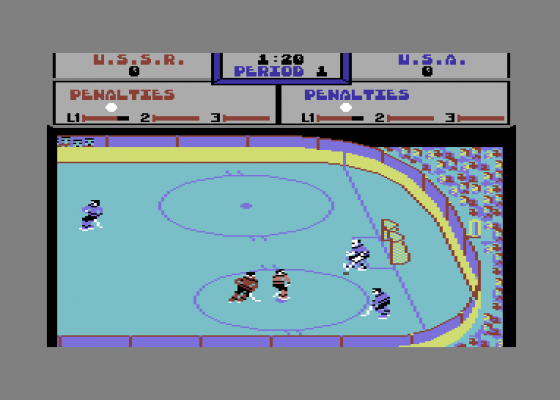 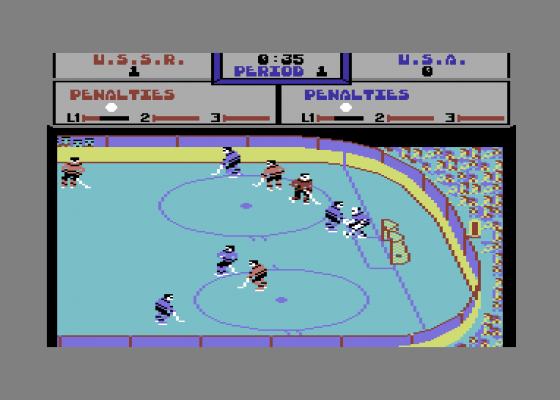 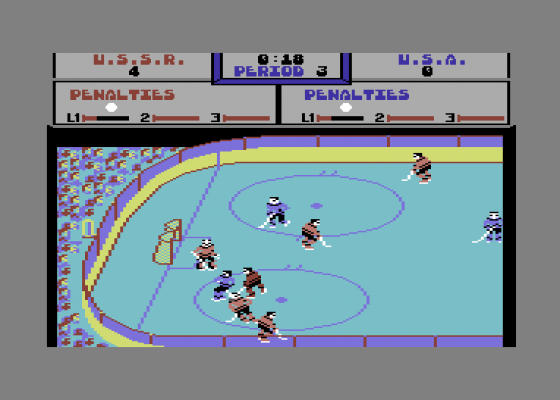