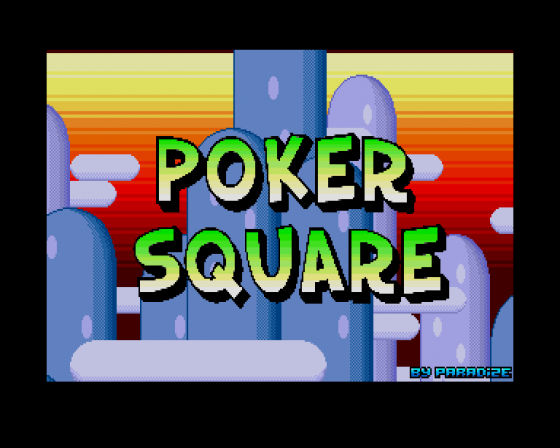 An original puzzle game with a Poker theme.

Poker Square is the latest release from Paradize, and although it's *yet another* puzzle game, it is quite an interesting one. Developed for 1MB Atari's, Poker Square is essentially a remake of an old Atari GEM-based (mono) game, which Paradize have bought up to date with colourful graphics and a much needed audio boost.

The aim of the game is to distribute randomly selected playing cards onto the square playing grid so that each horizontal, vertical and diagonal 'hand' holds the highest poker score possible. It sounds simple in theory, but in practice Poker Square is actually quite a headache.

A good knowledge of the Poker scoring system is definitely advantageous, but not necessary as the in-game animated rules helpfully explain the different poker hands and their scores. However, after playing the game I can't help but feel that achieving a high score is mainly down to luck rather than player skill. 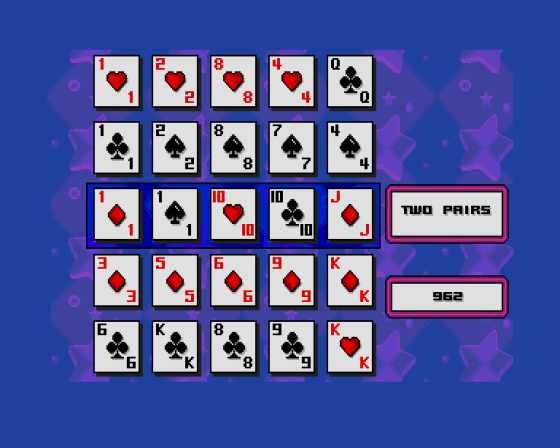 Before playing Poker Square I had no knowledge whatsoever of the poker scoring system. On my first few games I just randomly placed cards on the board (with no idea as to what I was doing) and much to my surprise, on my third go I received enough points to get me in the top five on the high score table!

After reading through the rules I was able to start making some strategic placements on the board, and I now understand why this game may be appealing to (regular) poker players. I still believe that achieving a high score is mainly down to luck, but learning how to play the game properly does really pay off, and after a bit of practice I was able to beat my previous fluke attempt.

As with Paradize's other releases, the graphics are top quality and the chip music by Marcer is particularly well suited to the console-feel of the game. Although my first impressions were relatively negative, I have to say that when I took the time to learn how to play the game properly I did enjoy playing it. Definitely one for poker heads.

Although my first impressions were relatively negative, I have to say that when I took the time to learn how to play the game properly I did enjoy playing it. 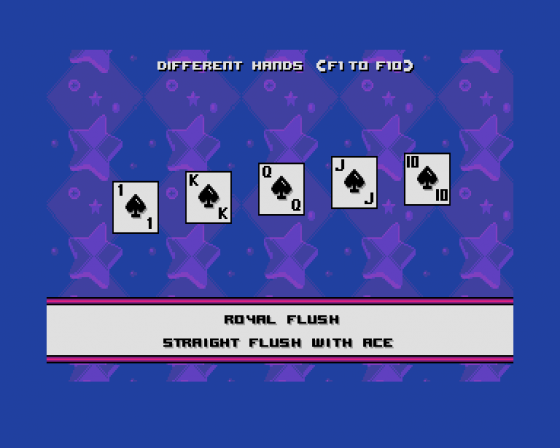 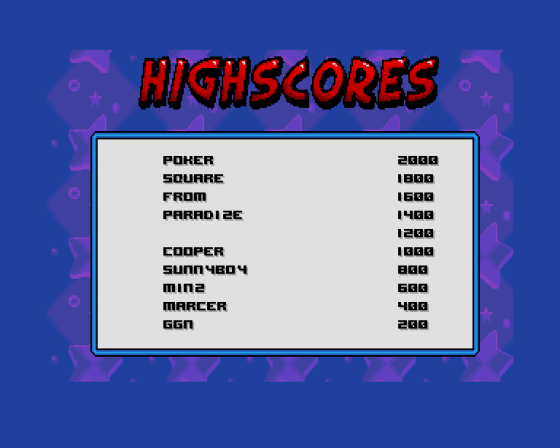