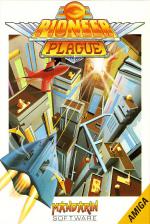 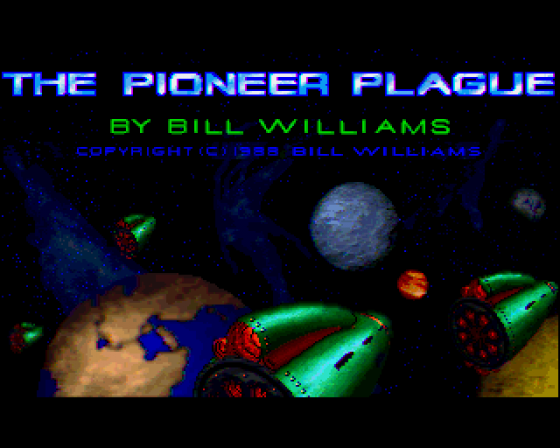 Pioneer Plague boasts itself as the world's first home computer game with more than 4,000 colours on screen at once. A lot of Amiga owners are going to see that and buy the game just on that one strength. There are two things I should point out here. The first is that the Amiga can't actually do much in HAM mode. It can display a picture (with a small amount of flicker) which may well be pretty, but it doesn't really add up to much of a game. The second point is that nice graphics do not make for entertainment. Remember Captain Blood? Very attractive, very big, but very boring with over 30,000 planets, only two of them inhabited.

Pioneer Plague sets out to be comething it isn't right from the start. The player is the pilot of a probe, and has to try and stop a strange plague from spreading throughout the galaxy.

This basically involves moving a pointer around a lot, looking at some pretty amazing screens, listening to a pretty groovy soundtrack and generally getting bored to tears. 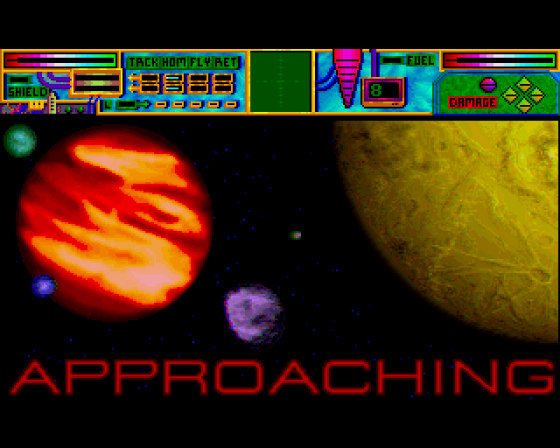 The mission starts inside your warm cosy spaceship. In front of you are four monitors - clicking on the first monitor takes you to your airship, the second is a navigational system, the third is the drone programmer and the fourth contains the loading and saving commands.

The airship allows you to fly from planet to planet, which is done by flying through wormholes in space. Along the way you get to fight lots and lots of hideous space aliens. Missile Command-like by moving a pointer over them and pressing the mouse button. As you might have guessed, you don't actually fly the ship through the wormholes, if you can call them wormholes. They consist of three vectorised bumpy holes, and the screen flicks between the three to give an impression of forward movement. It doesn't work.

Drone programming is a curious concept. You 'teach' the drones you have on board attack patterns and then you let them loose on the planet below.

The training manual is probably the most exciting thing about the game. Reading through it you learn of all the exciting things to be found, like Star Shark Fighters, Sub-Euclidian Space, Sky Hatches, but finding them is dull and boring.

Nice graphics, shame about the game.

Nice graphics, shame about the game. 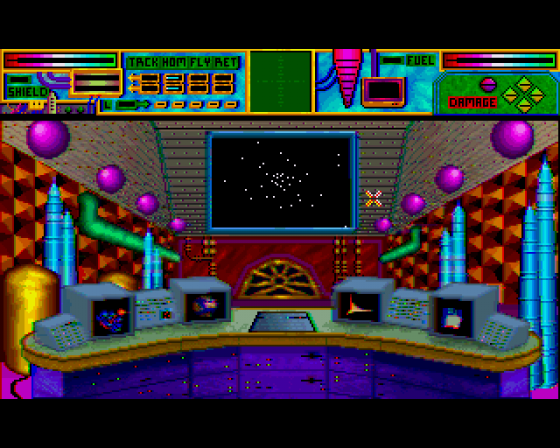 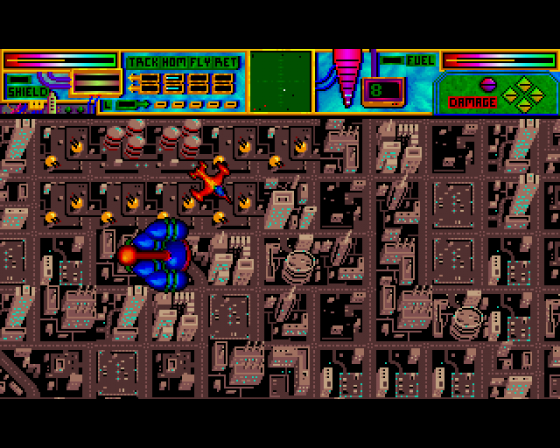 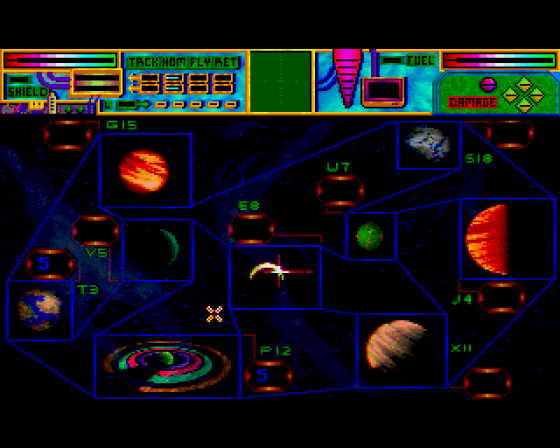 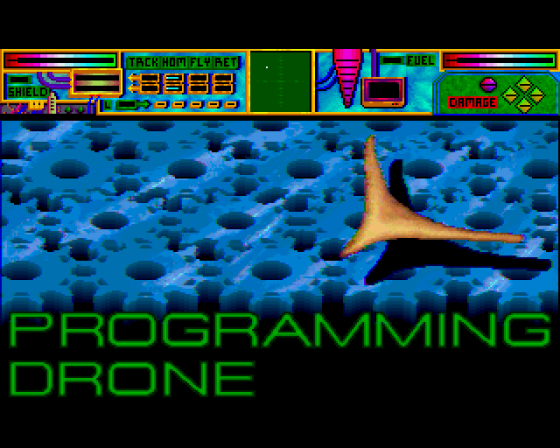 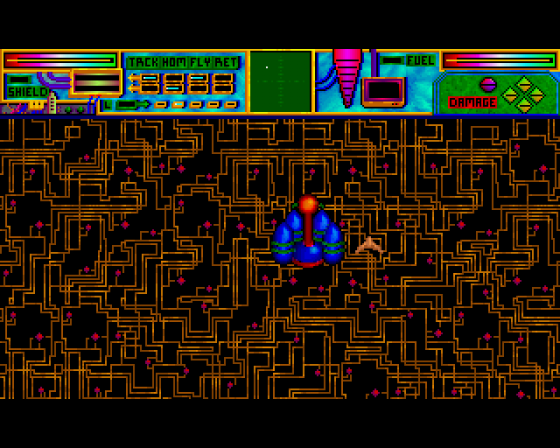 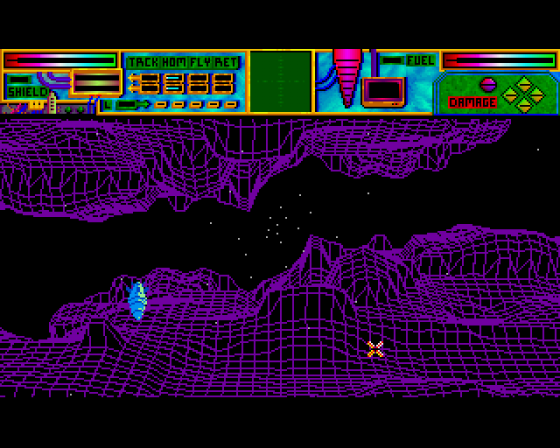 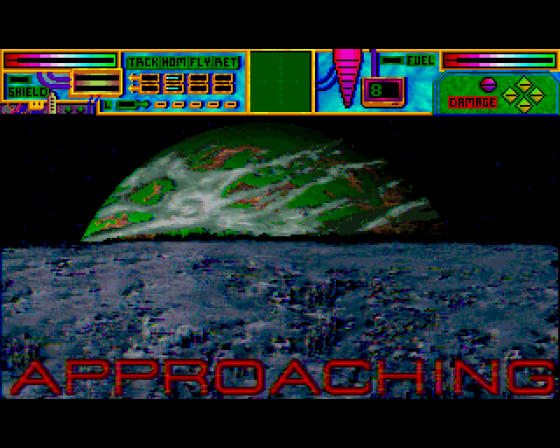 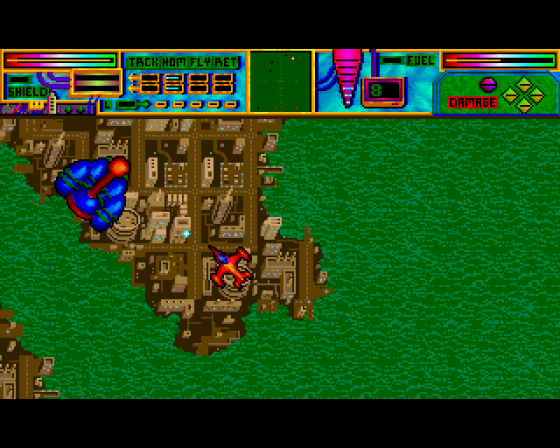