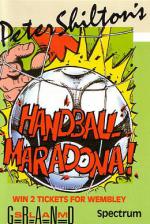 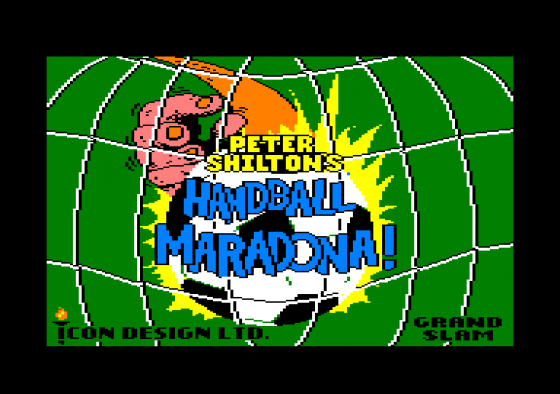 Handball Maradona has two main claims to fame. Not only is it the first game to be named after a single controversial incident in a World Cup match but also contains the infamous phrase "a game of two halves" in its instructions!

The game can be played in three modes practice, skill upgrading, and playing a match. In each mode you must move your keeper and then make him dive in one of seven directions to save the computer's assorted scoring attempts. These range from corners and free kicks to neat passing plays and single dribbles, but most are easy to shop. If you save all four shots in a skill upgrading session you'll move up the sixteen skill levels that range from A to P.

Unfortunately, that's all there is to it. No international matches, no cup finals. Just an assortment of meaningless matches and sixteen skill upgrading sessions. Peter Shilton's Handball Maradona would be fine as a budget game, but at £6.95 it's an own goal.