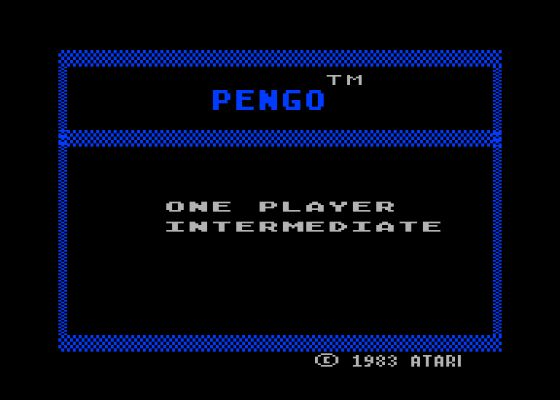 Pengo is one of the cutest arcade games I've ever played. It wasn't a wild success so the chances are you won't have seen it.

Like most good games, the storyline is very simple. You are Pengo being pursued around an ice-cap by a bunch of nasty Snobees.

By shuffling the blocks of ice that are scattered around the screen, you can squash the nasties to score bonus points. 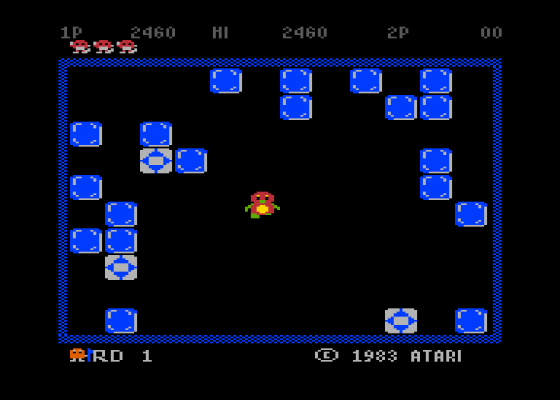 Good video game fun - but the main thing about the arcade game was the graphics. At the beginning of each game, three tap-dancing baby penguins perform a little song and dance routine for you.

Imagine my disappointment when Atari's latest cartridge for the 400/800/600XL plugged into my machine and went straight in to the game. Wot no dancing penguins? Yes - I'm afraid so.

Apart from the missing penguins, the game has most of the features of the arcade machine and generally plays an arcade-authentic game of Pengo.

As well as squashing Snobees, you also have to line up three special blocks to get you on to the next level. With each new level, the Snobees multiply and pursue our hero with greater speed.

Pengo has now been widely copied and appears under various assumed names on most computers.

Atari's is the officially licensed version of the arcade game. The trouble with all these arcade clones - putting aside for a moment the problem of ripping off - is that they are a bore. Original games are much more fun - Jet Set Willy, Star Raiders and Miner 2049er - to name but three.

Maybe it's about time that some of the effort Atari spent on licences and legal protection for those licences went into developing original ideas. I am sure that the 100+ programmers who work at Sunnyvale are not short of their own ideas.

If you liked the arcade game, you will like this home conversion. But we think it's a bit pricey at £24.95 though.

If you liked the arcade game, you will like this home conversion. 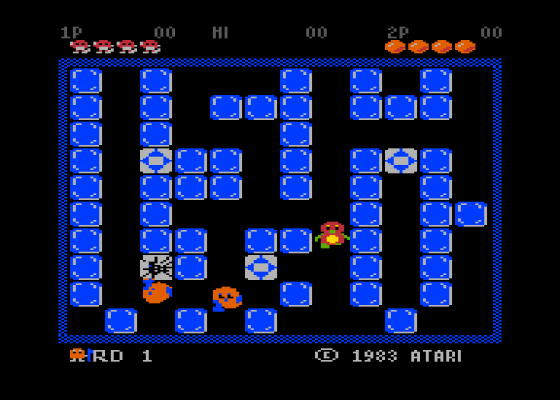 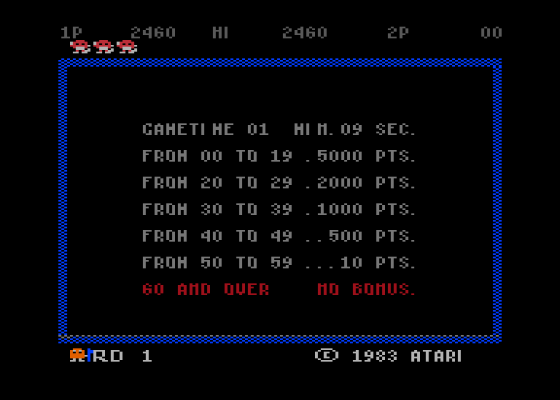 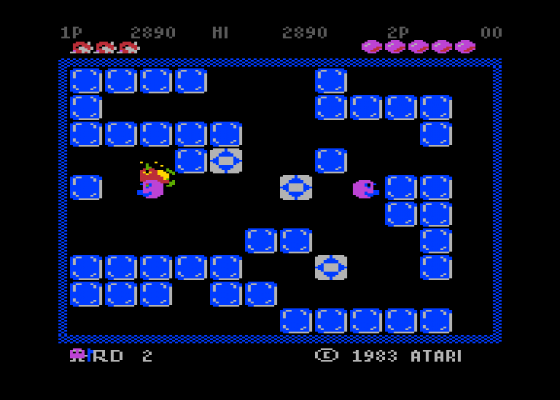 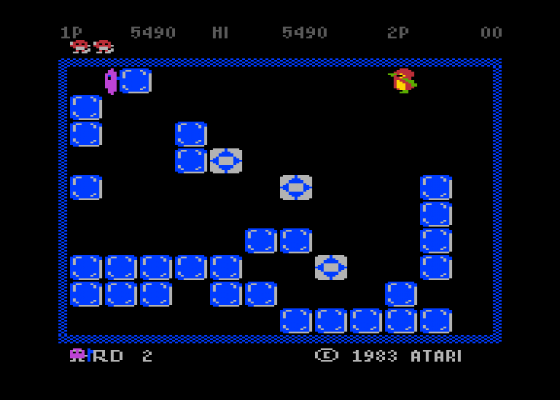 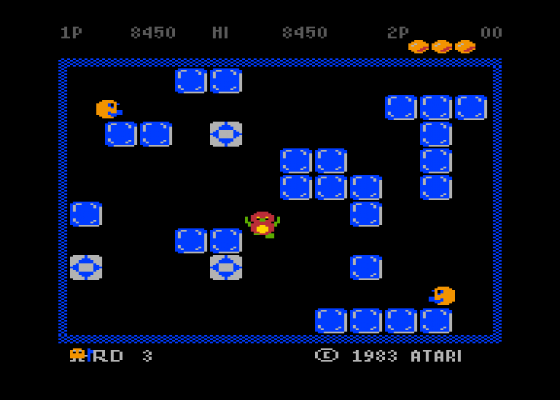 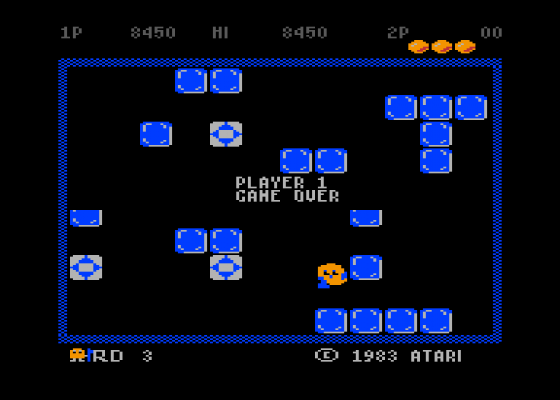