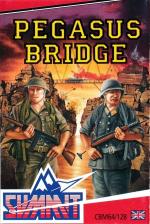 Pegasus Bridge | Over The Top, Chums! | Under A Headstone, Suckers! 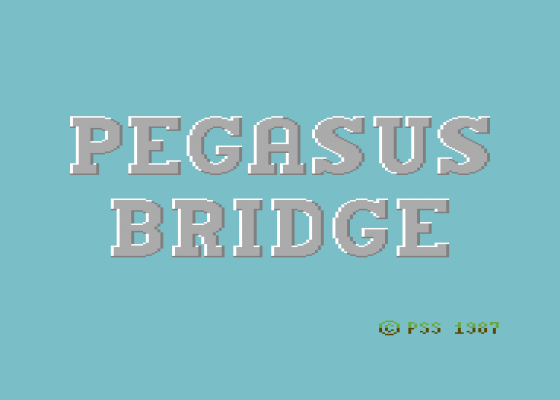 Now here's a novelty - a game that actually played better as a full-price release than it does on budget! To cut down on packaging costs, Summit have put all instructions and reference charts on one painfully small piece of paper, making it almost impossible to read. Not the best of starts to any game, especially a strategy sim, where you need to refer to military stats throughout.

Situated in occupied France, the Pegasus Bridge spanned the Caen canal. If the impending D-Day landings were to prove successful the Allies had to secure this strategically important area, denying enemy access to the beachhead landing zones and neutralising potentially lethal gun emplacements. Pegasus Bridge is an extremely accurate simulation of the opening hours of the D-Day landings, though it's definitely showing its age in the playability stakes.

After choosing sides (you can play Britain or Germany), and whether to play the computer or another player, the British must air-drop the advance party into enemy-held territory, securing the drop-sites ready for the main division. 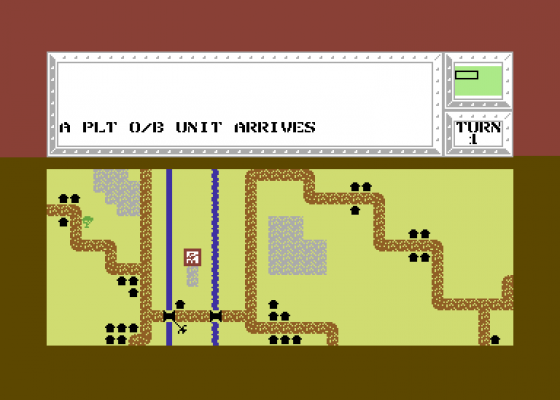 The game is a very sophisticated war simulation, featuring accurate depictions of the regiments involved, each with its own strengths and weaknesses. The map is also well laid out, with differences in terrain taking their inevitable toll on movement. You can combine units on a single square. though you can't attack a hostile army from two flanks, which is a pain.

For all its strategic strengths, Pegasus Bridge suffers from poor presentation. Control response is so lousy that when moving your troops more than one square at a time, you need to release the joystick after every step! As stated earlier, the packaging does it no favours either.

Pegasus Bridge is a good, solid strategy sim that suffers from inefficient programming. By today's standards it handles like a pregnant hippo, but purists will appreciate the thoroughness of the research. Still more entertaining than your average bridge evening, though...

Pegasus Bridge | Over The Top, Chums! | Under A Headstone, Suckers!

A good, solid strategy sim that suffers from inefficient programming. 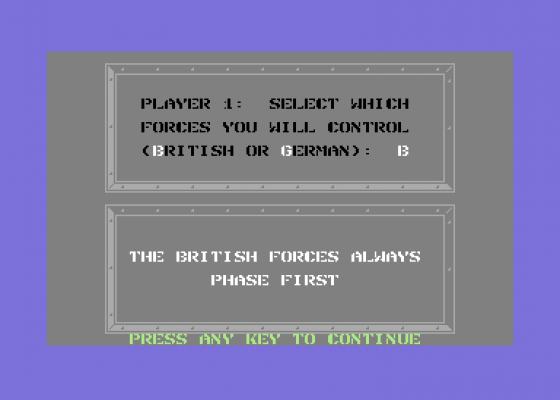 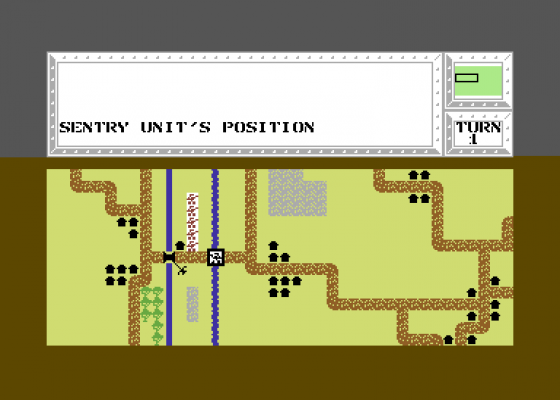