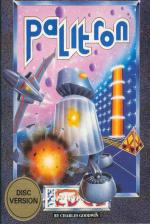 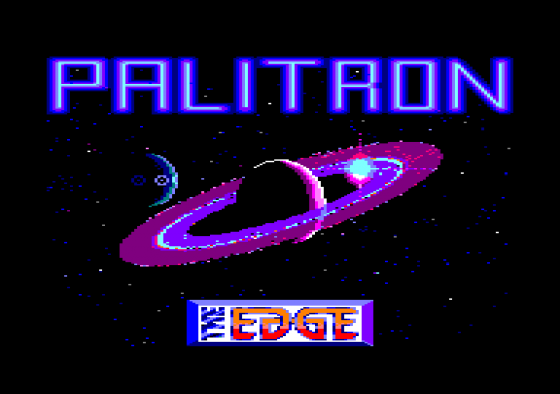 It's wonderful to see what software houses are managing to do with the Amstrad's graphic capabilities. Games like Get Dexter and Batman have shown the way for the isometric 3D genre, and now this latest effort looks set to do as well with a mixture of colourful locations and objects. Not only is it good to look at but it's full of interesting puzzles and tasks to test any games player.

You control a robot in a futuristic city and have to find and destroy 16 crystals. These are, of course, hidden in the most inaccessible spots. Even if you find one, you still have to destroy it by dropping the right object onto it.

But for a while the crystals will be the last thing you're worried about: you'll be more concerned with the many dangers awaiting you and exploring the large city playing area. 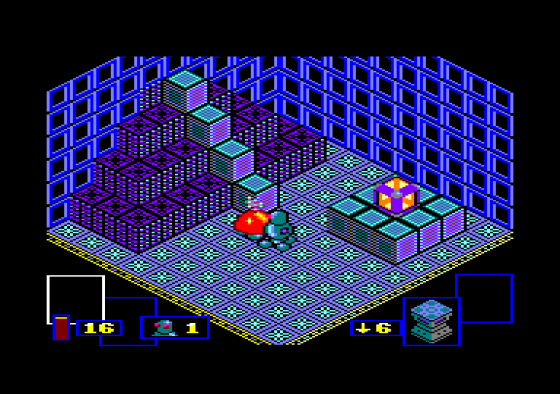 You trundle about on four balls and can jump. You can also pick up as many as four objects at a time. Some objects have specific uses, like bombs and batteries, but many are just for jumping on or getting out of the way.

The rooms are, of course, packed with dangers. Dangers come in two main varieties: those that kill you outright on contact, and those that drain your energy. You can't always tell which of the effects a hazard is going to produce, so the best rule is to avoid everything that moves and as much as possible that doesn't - even the floor!?

Batteries replenish energy. They are also needed to operate a vital element of the game: a slave robot, which you can then use to perform difficult or dangerous tasks. You have to program the robot with a series of instructions, rather like the computer language Logo. You've got to be careful otherwise you might send it into a deadly confrontation, or forget to tell it to come back and leave it where you can't get it. Such difficulties can be ironed out on a special training screen where you can learn how to use the the robot.

This added element of the game is what makes the gameplay special. When added to the puzzles contained on many screens, it introduces an enjoyable and original aspect to the action. You'll need good timing as well in some situations and the ability to improvise with what you've got.

All this variety combined with wonderful graphics make an excellent game that you won't want to miss seeing, never mind playing.

Palitron has some of the most colourful and detailed rooms I have encountered in this type of game - even if you're fed up with the 3D perspective, take a peek at this one: you won't be disappointed. The robot you control is one of the cutest you'll come across, and often it's heart-rending to seem him go up in a bundle of flame.

Everything is visible and beautiful in green too.

N. Control of master robot can be awkward.

An excellent game that you won't want to miss seeing, never mind playing. 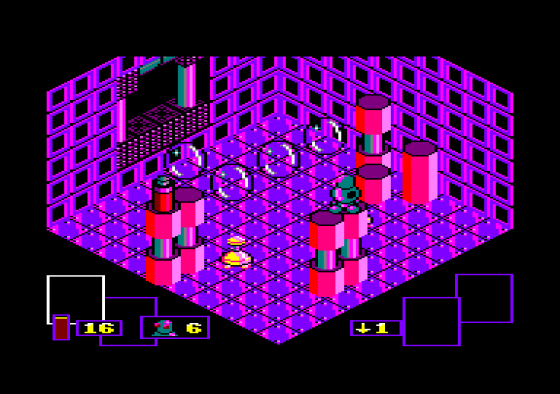