﻿ Out Of This World (Ariolasoft) Review | Zzap - Everygamegoing 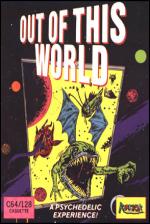 As pilot of the experimental RP2-16 fighter, it's the player's task to test-fly the ship and report on the new engines.

The mission begins with ship and pilot in strange surroundings, facing attacking waves of alien craft. The ship is directed left and right across the horizontally scrolling landscape and avoids or blasts the enemy as required.

A coloured energy pod appears whenever an alien is destroyed, and adds energy to the RP2's secondary weapons system when touched.

A secondary weapon becomes active when sufficient of the correct pods are collected, but the system only remains active for a short amount of time.

When enough aliens are destroyed, an exit icon appears, and is flown into to leave the current level. A bonus screen is safely negotiated to access the next, more difficult, landscape.

I'm not terribly impressed with Ariolasoft's Fantasy Zone clone, since it is at best pointless and, at worst, annoying. The game's progressive nature is more or less superfluous since it takes ages to earn a new weapon, and then it lasts only a few seconds.

Collision detection throughout is a bit variable: some ships scrape past without harm while others destroy your ship with the merest touch. The bonus section is the worst offender - negotiating the swarm of wobbly blobs is more a matter of luck than judgement. Out Of This World is nice to look at and listen to, but the attraction is only skin deep.

It's instantly apparent that Out Of This World owes a lot to Sega's Fantasy Zone - they're very, very similar. The system of collecting the bouncing pods to add extra weaponry is a nice idea, but it's disappointing that only one weapon is operational at a time.

The graphics are really colourful and unusual, and the sound is decent, but there's not much variety in the gameplay, with the same alien attack patterns being used time and time again.

The interval between levels is very annoying, and luck often dictates whether or not the ship survives the journey to the next level.

Out Of This World provides adequate shoot-'em-up action, but is by no means an essential purchase.

Out Of This World is definitely an offbeat shoot-'em-up. It has a very strange sense of movement, with the ship accelerating towards the edges of the screen when moving left or right. The add-on weapons are well worked, but run out too quickly for all the effort and endeavour that goes into collecting them.

The second annoying feature is that the interlude between shooting levels is incredibly difficult - much harder than the 'real' levels themselves. This often results in players avoiding the end of level icon that floats around, trying to collect points while they can.

Other than these quibbles, the game is pleasant and is as novel an approach to progressive blasting as we've seen on the C64.

Sound 68%
Suitably jaunty soundtrack can be toggled with decent sound effects or silence.

Hookability 78%
The simple and addictive blasting action is appealing from the start.

Lastability 42%
Lack of variety proven to be the game's Achilles' heel.

A colourful and immediately enjoyable blast... which soon becomes tedious. 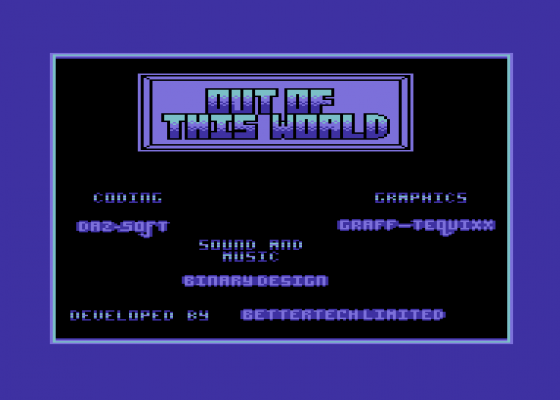 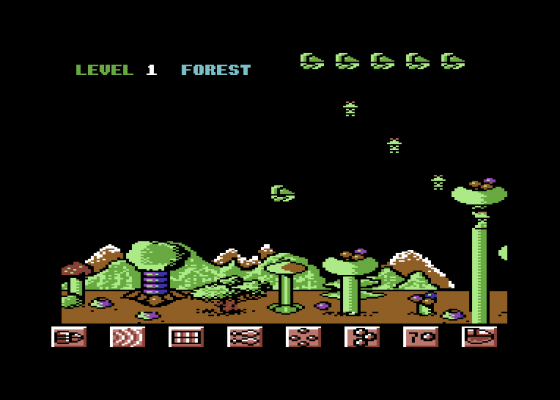 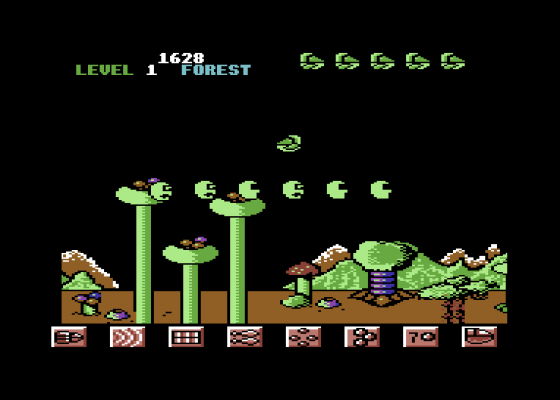 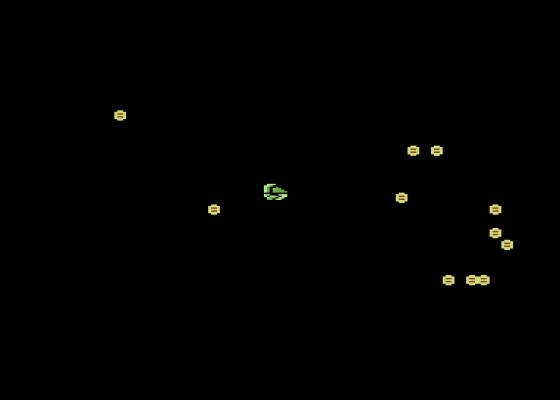 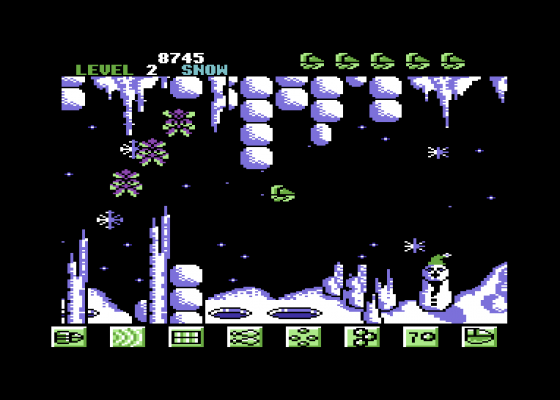 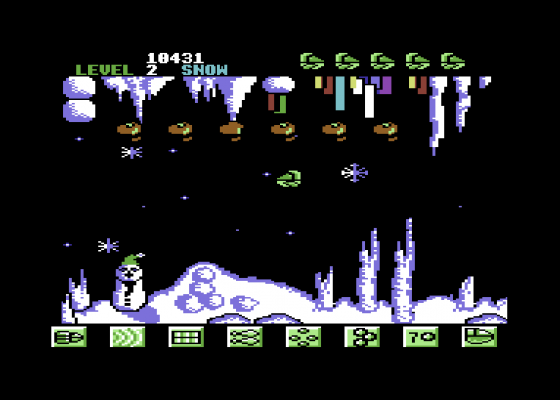