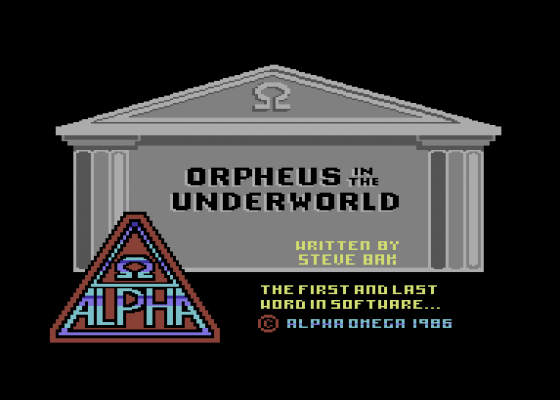 Orpheus is an explorer who is always looking for new challenges. In true James T. Kirk style, he spends his time boldly going where no man has gone before. His adventures have taken him far and wide and he's faced many dangers, but his latest escapade is by far his toughest. For some reason he's decided to investigate an old legend and discovered a secret passage into the dark underworld of Hades. Unfortunately, the poor fellow didn't know that the secret passage only let people in, not out, and now he's become trapped in a nightmarish world full of demons and strange creatures.

According to the legend, the only way to escape from the Underworld is to collect all the treasures scattered about its many locations. Once all the treasures are yours, the magic spell keeping the door shut is broken and you are free to leave.

The game is a flick-screen arcade adventure in which you have to travel through many screens and pick up the various treasures. There are plenty of hazards to avoid, like gaping pits, magic pools of darkness, holes and underground passages. To add to these there are the vile deniziens which always seem to inhabit the underworld. Any contact with a creature or hazard results in the loss of one of Orpheus' three lives, and losing all three means that he's damned to live in the Underworld for eternity. 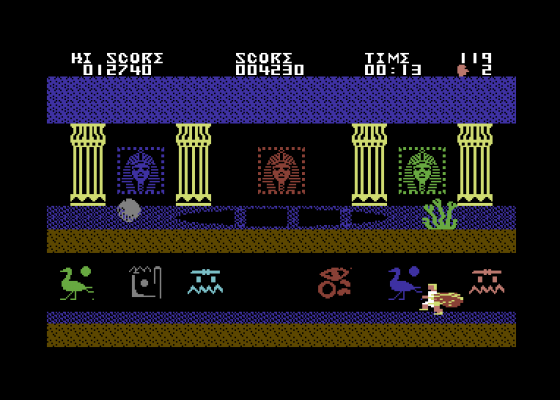 This time it's not a tacky flight simulator, it's a Pitfall rip-off, and a completely pathetic one at that. Pitfall is now years old, but even the original Atari VCS version is better than this! The graphics are feeble, the sprites even worse, and the sound just adds to the tackiness of the whole thing. Do yourself a big favour and don't buy it!

Orpheus in the Underworld was first released as a full-priced game nearly two years ago by a company whose name escapes me at the moment, and I didn't think much of it then. Why Alpha Omega have bothered to re-release it, I don't know. Two quid is still asking too much for such a dire game - it's graphically retarded and far too frustrating to be worthwhile.

If this was a decent Pitfall ripoff then it wouldn't have been quite so bad. As it stands, it's diabolical. 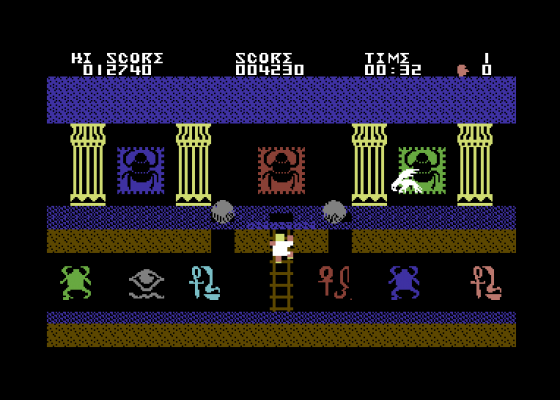 Any initial addiction soon wears off, leaving a tedious game that suffers from somewhat difficult gameplay. The music is a bit sad too. It only plays when Orpheus is scampering around. Overall, this game is well up (or down) to the usual standards I have come to expect of Alpha Omega.

Hookability 29%
Too frustrating to be addictive.

Lastability 16%
And far too tedious to enthrall.

Overall 21%
A badly implemented version of an ageing game.

Pathetic...! Even the original Atari VCS version of Pitfall is better than this! The graphics are feeble, the sprites even worse, and the sound just adds to the tackiness of the whole thing. 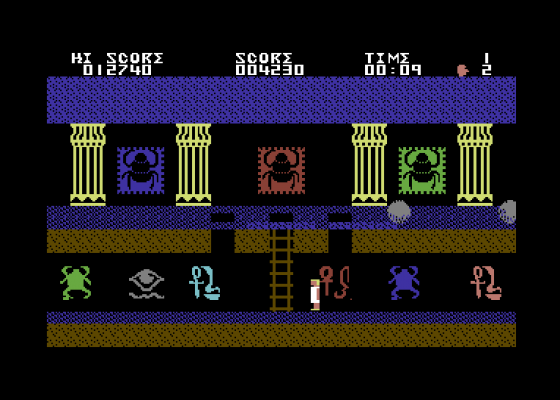 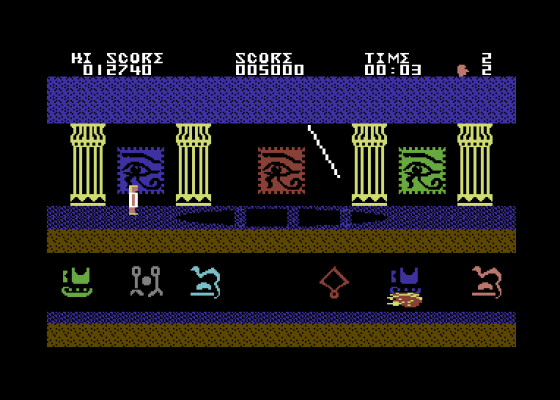 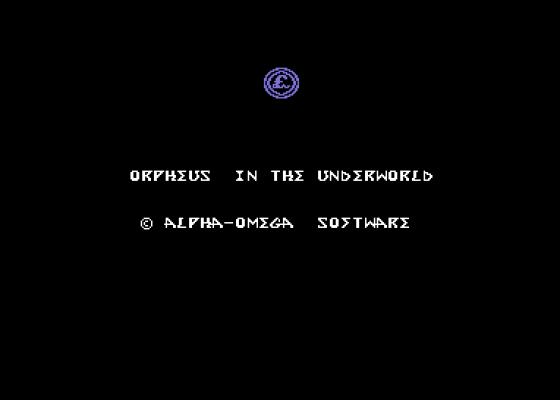