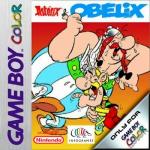 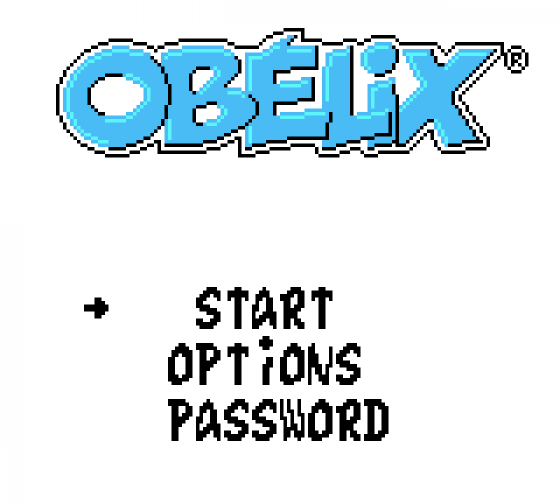 They might be French, but they don't wear onions!

Looking back through history, the French have had it a bit rough over the years. Oppressed by the Romans, held hostage by the Germans, fined ridiculously a small amount for the World Cup ticket fiasco... well, maybe not the last one. But still, two out of three ain't bad, eh?

If you're a fan of French comics, you'll know Asterix and Obelix straight away. They're the 'Little and Large' of Gaul - the old-fashioned name for France apparently - and have loads of exciting adventures doing things that usually involve bashing Romans about a bit. Along with The Smurfs, they're the most well-known European cartoon characters, and now they're on the Game Boy Color in Obelix! 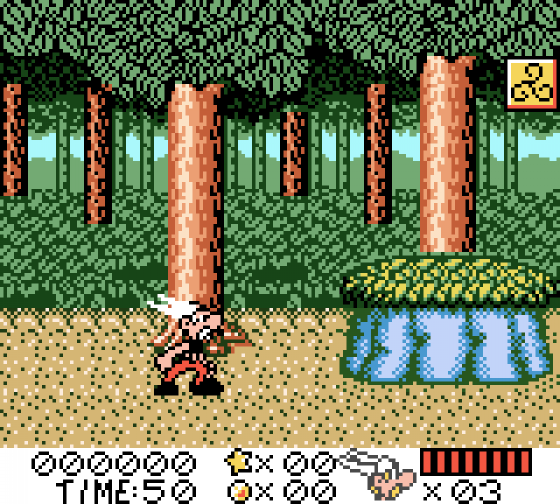 But wait! Unlike The Smurfs' Nightmare, which was a rather joyless and immensely tough platform affair, Obelix is quite fun and enjoyable... but still a platform affair. Originality is clearly not a strong point for Game Boy designers these days.

Right from the moment, you turn on the Game Boy you know you're in for a fully colour-optimised treat. One of the main reasons the Game Boy Color was invented was the improvement in graphics and Obelix has these improvements in spades. The levels are vibrant and look absolutely stunning with lots going on to keep your eyes interested.

One of the surprising things about Obelix is that although it's mainly a platform game with the obligatory jumping, block-bashing and enemies to kill or avoid, there's a little gem waiting for you. The fourth level of each world gives you a break from the regular game and treats you to a mini-game that's relevant to your task in that world. 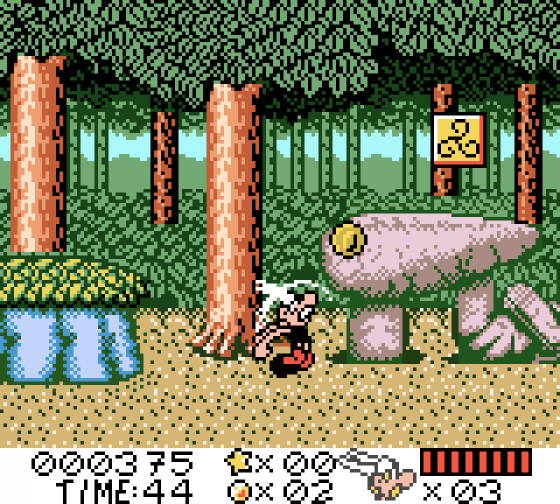 For example, when you pay a visit to Greece, you'll get to take part in the Olympic Games.

This consists of three events in a Track & Field style where you have to hit the buttons accordingly and beat the Roman athletes into submission. Even better is the Rugby Match in Britain - the Romans are ahead by five points to nothing and it's up to you to score the winning try!

The only gripe I really have about the whole thing is that despite having some nice different elements, it's all over rather too quickly. With only four worlds with four levels in each, I managed to finish the whole thing in a little over an hour on the medium difficulty setting. I admit I'm a gaming god, but even so you won't have to be an expert to reach the end. 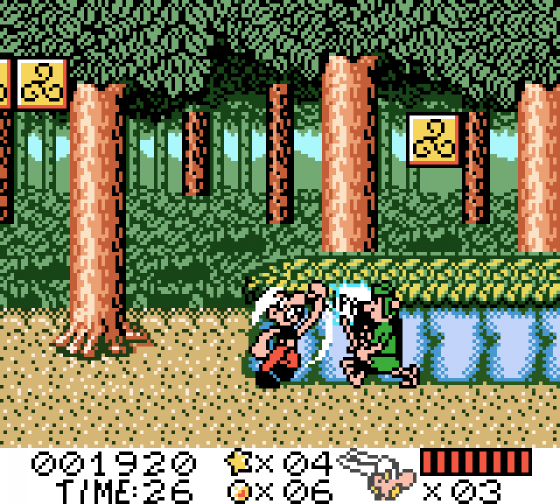 Saying that though, the game is an interesting experience while it lasts. There are plenty of passwords so you won't be struggling along as you may have done in The Smurfs' Nightmare and the music is jolly enough not to grow tiring in a hurry. It might only be a platform game but it's a good platform game and that's what we like. Hoorah!

Asterix and Obelix are strange characters - they've always been really successful over here, even though they've got a strong French feel to them.

In France they're treated like gods - they've even got an Asterix theme park! This game is a typical Game Boy platformer that would be nothing without the two well-known characters. It has a lucky dip of levels that offer power-ups, platforms, piles of enemies and the odd surprise. 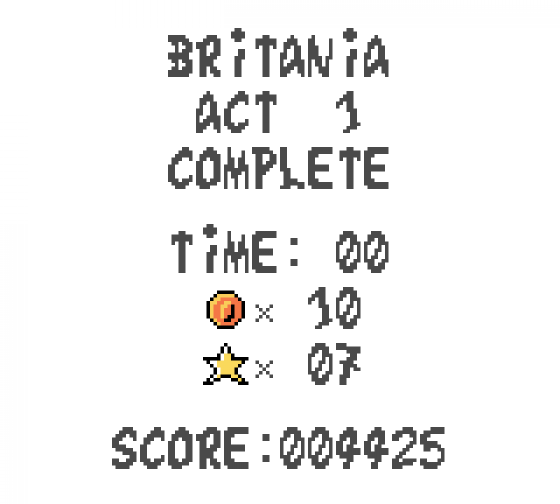 It's good to see sub-games too - a welcome break from all that jumping about. Try it out!

Playability 100%
Plenty of variety along the way.

Lastability 60%
A little bit too easy for our liking! 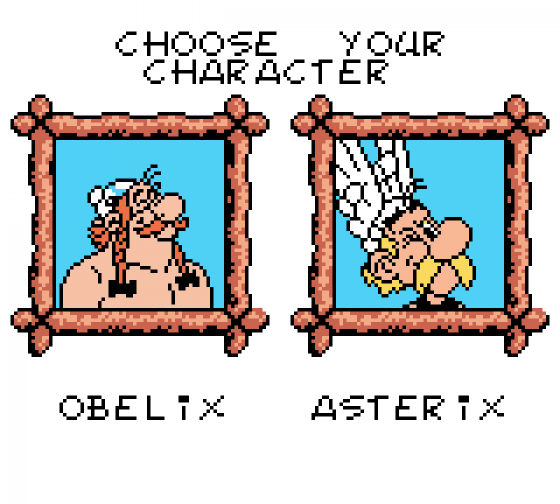 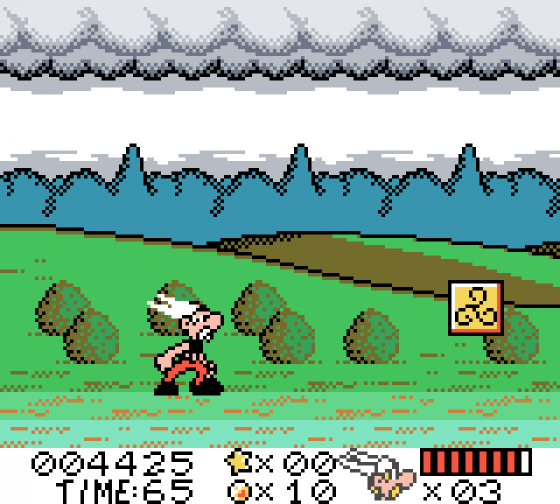 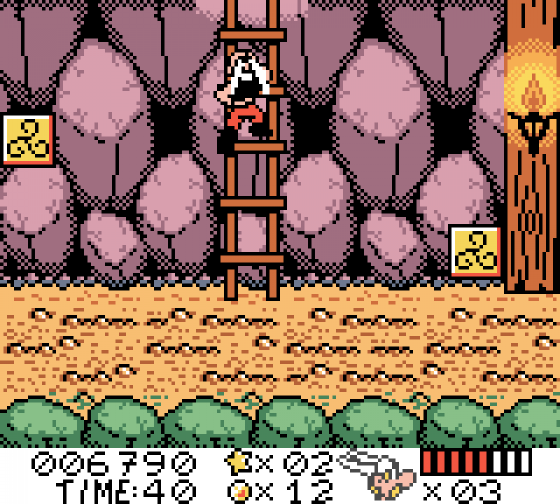 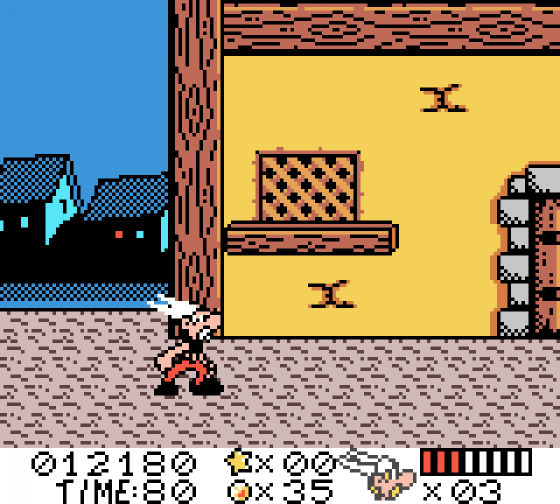 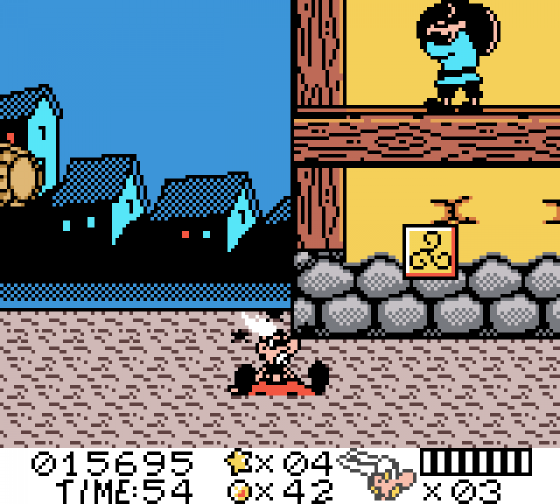