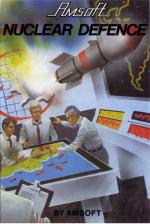 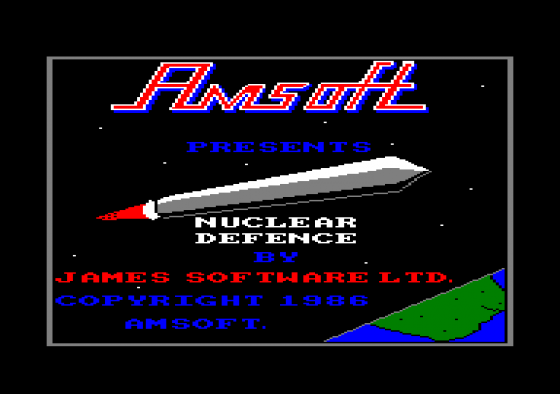 Beach-Head has spawned many derivatives and this is another battle game composed of several different stages. Your task is to defend your cities against nuclear attack while letting the enemy cities and shipping have a taste of your own offensive weaponry. Not what I'd call a morally uplifting game.

The battle takes place on a single map screen, from which can be accessed three arcade screens. The map shows enemy and home cities and dots in the ocean to represent your ship and enemy fleets. You can move your dot around to engage the enemy ships or take it close enough to their cities to attack them. You can defend your home cities from any point on the map.

Having got within range of an enemy city you can attack it using missiles; this will prompt a launch on your own cities, but this will happen anyway if the enemy are left to their own devices. The city attack screen shows you a city which you have to destroy with missiles from your ship at the bottom of the screen. You have to hit only two buildings and a bridge, the picture being the same for all cities. You guide the missiles in flight and have to hit the buildings quickly in order to go and defend your own city. 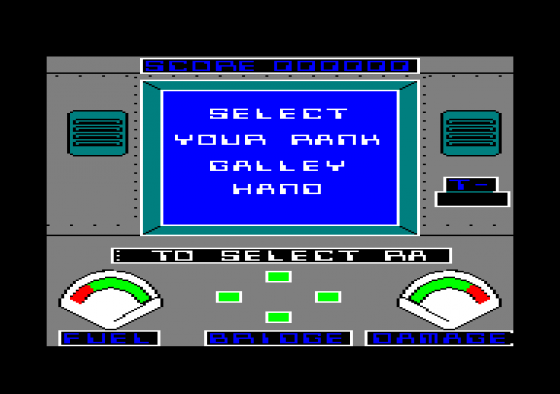 If you get in range of an enemy fleet a thumping noise is heard and you can switch to the screen where you have to torpedo enemy ships. There are four of these that move across your view and are sunk by a single hit from your twin torpedo tubes that converge on the middle of the screen. All four have to be sunk, but a hospital ship must be avoided or you'll be flicked back to the map screen.

When defending a city you are shown it nestling in the bottom of a valley while missiles fly in to explode in large mushroom clouds. The missiles can be intercepted by your own firing rockets, but too many misses and the city will be destroyed. 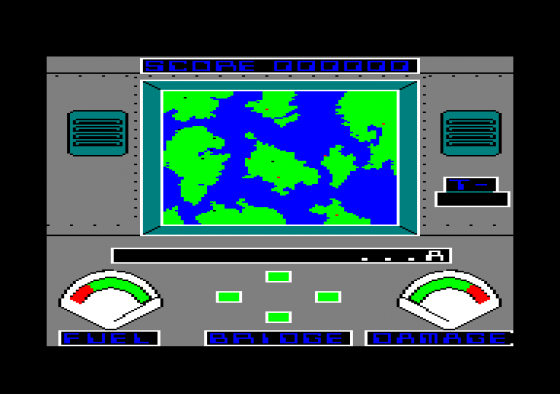 That doesn't compensate for the total lack of variety, just playing the same three screens time after time. Each stage is very simple and although the city graphics are detailed there's little action going on. After one game you'll have seen all there is to see, the only lasting interest coming from the higher difficulty levels.

You can argue among yourselves about the morality of a game that rewards the nuking of foreign cities and punishes you for torpedoing hospital ships. There's no argument over the gameplay though - it's boring, repetitive sub-Beach-Head rubbish. There's an amusing little bug which crashes the 'city attack' stage from time to time, but that's hardly a redeeming feature.

It's as playable in green as it's going to get... but that's not saying much.

P. Higher levels are quite tough.

Graphics are weak... After one game you'll have seen all there is to see, the only lasting interest coming from the higher difficulty levels. 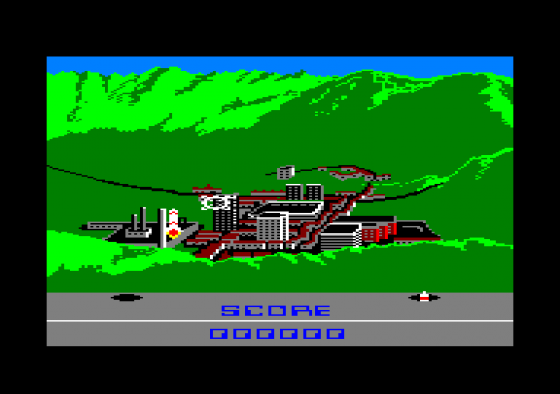