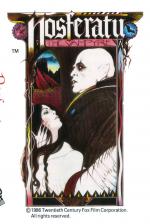 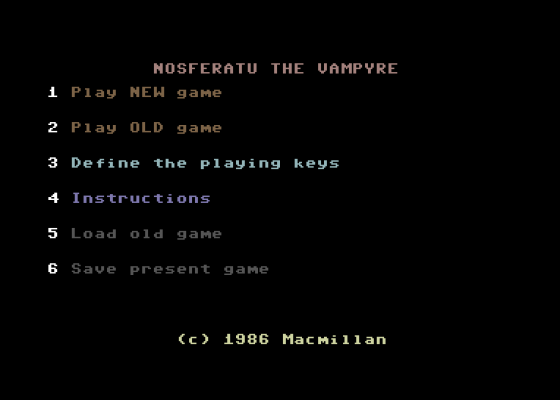 Nosferatu The Vampyre was one of the first blood-suckers to stalk the silver screen. Continuing this tradition, he has now become one of the first vampires to terrorise the circuits of your Commodore...

Nosferatu is divided into three different sections, each being tackled independently in a set order. The first section involves the player taking the role of mild-mannered estate agent, Jonathan Harker.

Nosferatu has decided to move from the mansion on the hill, down into the local village of Wismar - and Jonathan is sent to bring him the deeds to a village house. He finds out that Nosferatu is a Vampire, realises the potential danger of the situation and flees the mansion - forgetting to take the Deeds with him. With the Deeds to the house in his possession, Nosferatu would be the legal owner. Realising this, Jonathan decides to return to the mansion and recover the documents... 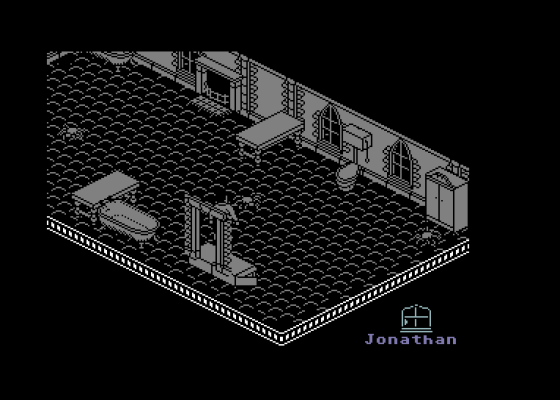 The screen displays an isometric perspective view of the action, which flicks from room to room as Jonathan moves about the house. The mansion comprises all manner of features - such as large sets of stairs, huge chairs, long banquetting tables, four-poster begs, libraries and giant halls. Jonathan can move anywhere he likes, and interact with, or pick up most of the objects he encounters.

Hordes of foul creatures inhabit the mansion, including rats, bats and rabid wolves. Contact with these creatures drains his energy - represented at the bottom of the screen by a growing coffin. The consequences are fatal if this casket becomes complete. Food is dotted around the mansion which can be eaten to replenish the lost energy, and there are crucifixes, swords and candles which can also be picked up to make Jonathan's task a mite easier.

The second section takes place in the town of Wismar and features three characters: Jonathan Harker, his wife Lucy and a chap called Van Helsing. Nosferatu has come to Wismar and is feeding off the population. Naturally he must be stopped, and for some reason Lucy is the only person capable of carrying out this task. 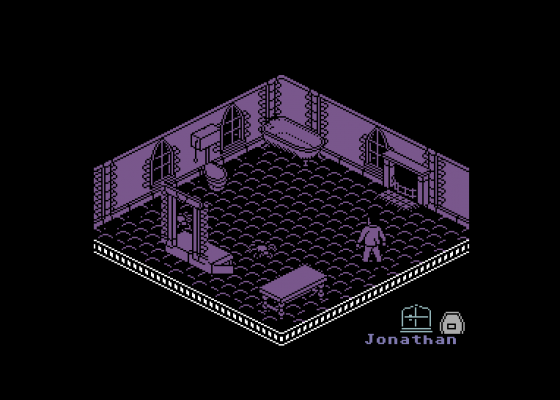 The player controls all three characters, switching between them by pressing the relevant keys. Getting Jonathan, Lucy and Val Helsing to meet is hampered by the hordes of rats that swarm around the town. The inhabitants of Wismar must also be fended off, as they have been bitten by Nosferatu and turned into thirsty vampires.

The final section puts the player into Lucy's shoes. She has to lure Nosferatu to her house so that he can be killed. However, Jonathan and Van Helsing are unaware that Lucy alone can kill the vampire, and are united in keeping her away from what they consider to be grave danger. Consequently, she has to lock her two friends in the house before luring Nosferatu into her bedroom. She then has to keep him there until the sun's rays shine through the window at dawn, killing the fanged beast and freeing the pitiful inhabitants of Wismar.

A very fast, forced perspective arcade adventure - that's something we haven't seen on the Commodore. Not until now, that is. Nosferatu is amazing - you can explore the many beautifully drawn locations, interact with objects and pick up items - all at really high speed. 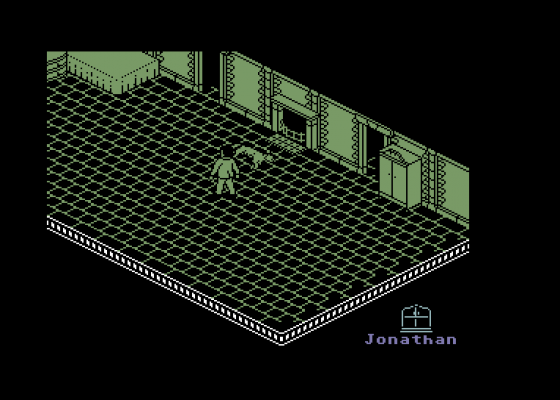 The graphics are monochrome, but they work very effectively and portray the action perfectly. The sound is dire though, with a terribly grating 'tune' playing throughout (although there is the option of turning this off).

If you're an arcade adventurer looking for something really tasty to get your teeth into, then try this... and perhaps Nosferatu will have you bitten!

I've never really enjoyed playing this type of 3D arcade adventure, but for some perverse reason I found Nosferatu highly engrossing after only a few plays. 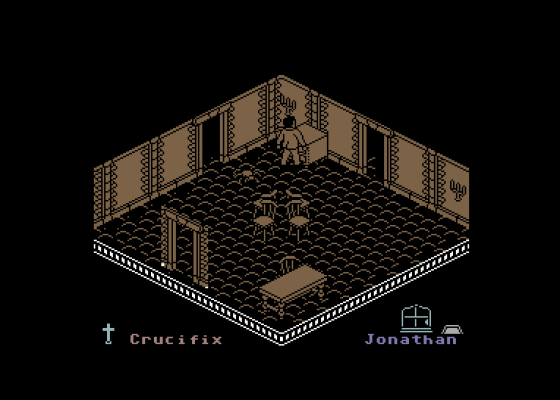 There are plenty of attractive locations to explore (and map), and the pace is surprisingly fast - even when there are other things moving on screen. The puzzles are straightforward enough to solve, although occassionally the process proves a little tedious.

I don't think Nosferatu is much of a tie-in, but it's a decent game in its own right and well worth a look.

I'm well impressed with Nosferatu - it's the first game with this type of graphics that involves a little more than just remembering the layout of a maze. Graphically this is excellent - the animation is superb, and the attention to detail is meticulous. The sound is the biggest disappointment, with an annoying tune and dire spot effects. 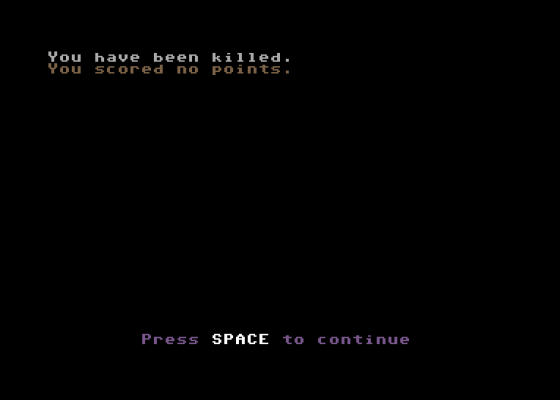 Games like this don't usually do anything for me - but Nosferatu does. I'm not sure that it will keep me playing for any great length of time, but it is the best game of its type available, and I thoroughly recommend it.

Presentation 88%
No title screen to speak of - but otherwise very slick, with load and save feature, and a joystick or redefinable keyboard option.

Lastability 87%
Over a hundred screens to explore and lots to solve.

Value For Money 85%
Plenty of bytes for your money.

Overall 88%
A superlative forced perspective arcade adventure - try it if you dare.

If you're an arcade adventurer looking for something really tasty to get your teeth into, then try this. 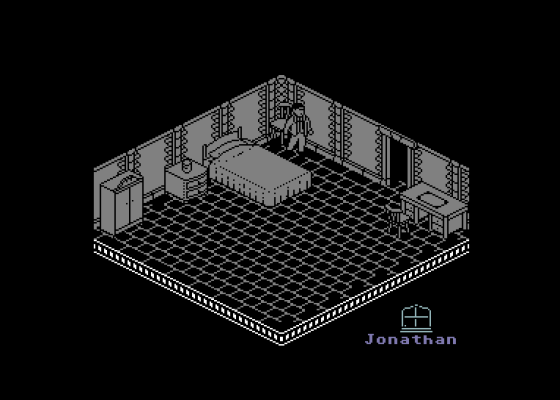