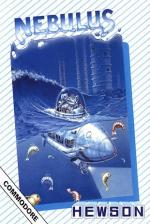 On the planet Nebulus, trouble is brewing. Someone has been building giant towers in the sea without planning permission, and Destructo Inc has been given the job of demolishing them. The player takes the role of the unfortunate worker who has been given the mission.

The demolition expert arrives at the bottom of each tower by submarine. He's a typical Nebulese: a fat, little green biped capable of jumping and firing energy blobs,

To successfully destroy a tower, the worker reaches the top within a set time limit. This is easier said than done, and requires the worker to negotiate a series of platforms, steps, lifts, and doors which run all the way around the outside of the building. The action is displayed in 3D, with the tower rotating as the worker walks around its exterior. Walking up steps, or using lifts to reach a higher level makes the screen scroll vertically.

The worker's progress up the tower is hindered by a variety of obstructions, ranging from bouncing balls and rotating aliens to flashing wall blocks and flying eyeballs. Bouncing balls and flashing blocks are destroyed by energy blobs, while all other hazards are avoided. Failure to dodge any moving object, or stepping onto a disappearing platform results in the worker falling. He's a hardy beast and is able to drop any - distance, as long as a platform breaks his fall. However, dropping into the sea is fatal, and one of his five lives is lost. A life is also lost if the time limit expires before the top of the tower is reached.

When the highest door is entered, the tower is destroyed and sinks rapidly into the sea. The worker re-boards his mini-sub, and enters a horizontally scrolling bonus level where he attempts to catch fish by firing air bubbles at them. After this brief interlude, he is deposited at the base of the next tower to continue his work. There are eight towers in all, each requiring a different strategy to complete them.

There's no doubt about it, Nebulus is sheer inspiration - it's completely original and beautifully designed, and I defy anyone to play it and keep their cool. Not since Boulder Dash has a game been so playable and frustrating. Each level has been brilliantly thought out, so that you always get a little bit further with every go. However, when you just begin to think you're doing well, some horrible trap or puzzle claims that last life, and you have to start all over again. This gameplay is incredibly rewarding, but never quite satisfying enough, so you have to return for 'just another go'. Consequently, once you start playing, it's very difficult to stop - work completely ground to a halt in the office! The marvellous gameplay is supported by some incredible graphics.

The 3D rotational effect is absolutely amazing, and the main sprite is superbly animated. Even the sound effects are good! Nebulus is a wonderful combination of platform action and mind-bending puzzles, and offers days of solid play - buy it at your peril.

I often find it amusing how the amount of hype given to a game is often inversely proportional to the quality of the finished product. Nebulus is another case in point. No pre-release advertising, one demo game at the PCW show, and that's about it. The game is absolutely superb; simple, totally original, and brilliantly executed. Graphically, Nebulus is flawless. Watch the rotating towers from a couple of feet away and I challenge anyone not to be totally convinced.

If this isn't enough, the parallax scrolling in the bonus section is equally incredible.

The gameplay hasn't been neglected either: the word 'addictive' fails to amply convey the lure that Nebulus holds. Forget film tie-ins and 'officially licensed' games - true originality wins through every time. Buy it and believe.

In what has to be the most amazing month for software, my money goes on Nebulus as the most entertaining of the three Gold Medals. The graphics have seriously got to be seen to be believed - still shots *cannot* do them justice.

Their quality is in the animation: the parallax scrolling, the tower rotation, and the cute little green alien are all stunning. This game is not just technically brilliant though, as the programmer has managed to capture the most elusive element of all - addictiveness; I'm not sure whether it's the Boulder Dash theory of "this time I'll beat it", or the slick presentation that makes the whole experience of playing enjoyable, but you just keep coming back for more. It seems that Hewson have again shown the bigger software houses that quality is what counts, not just a good idea, an expensive license, or glossy advertising. Keep it up! The software industry needs games like this.

Presentation 95%
Beautifully presented, with all the in-game options necessary.

Graphics 97%
Truly stunning effects for the tower rotation, and excellent parallax scrolling in the bonus stage.

Hookability 97%
Absolutely impossible to stop playing - even though it's infuriatingly difficult.

Lastability 91%
The eight towers require enormous perseverance to crack, and even when they've been conquered, there's always an improved time to go for.

Overall 97%
One of the most innovative games ever, and one which adds a whole new dimension to the platform game format.