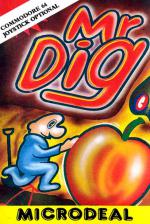 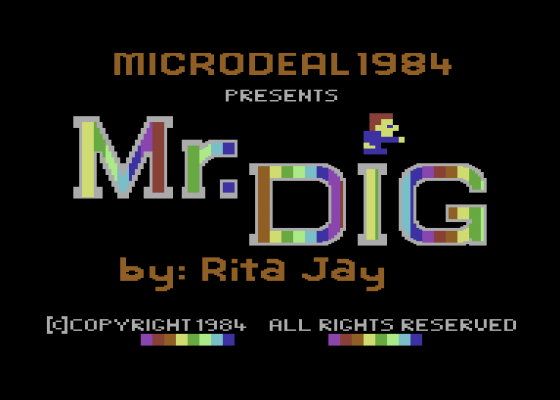 This is a version of Mr. Do for the Commodore 64.

The aim is to kill four Meanies who move around the tunnels which you dig. Do this by throwing a ball or dropping an apple on them. Killing all the Meanies will send you on to the next screen.

After a while the Meanies mutate and turn into Miners who dig their own tunnels. If you eat the treat at the centre of the screen then the Meanies/Miners will become un-frozen. Killing five Letter Monsters will give you a free life. 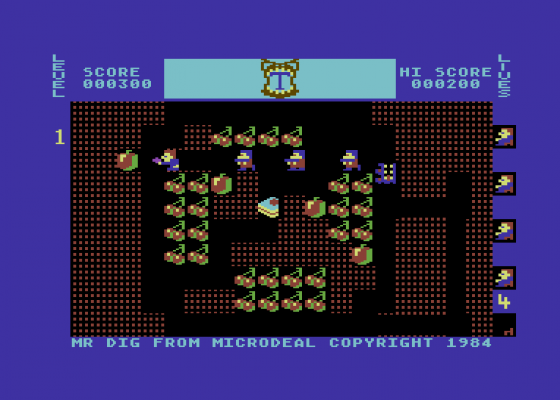 In principle it sounds complicated although after some practice it becomes entertaining and very addictive.

Sound and graphics are both very good. There is clearly a close resemblance between this and the arcade version.

Loading is very fast - it only takes about three minutes. Microdeal has incorporated its own fast-loading system and I find it's more reliable than that used by most other companies. So far I've not had any loading problems.

Sound and graphics are both very good... There is clearly a close resemblance between this and the arcade version. 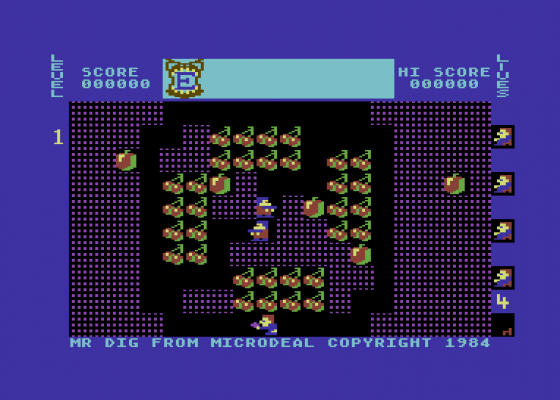 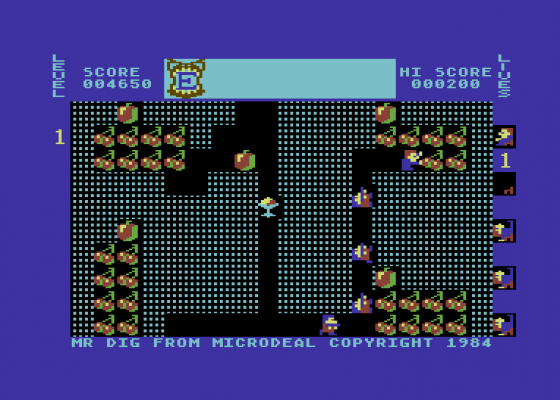