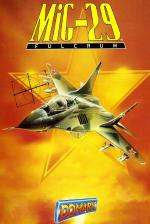 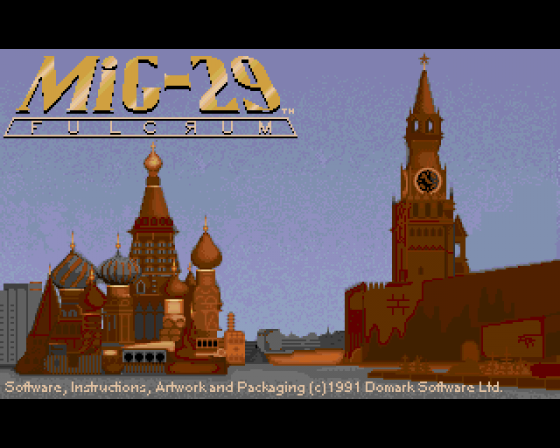 One of the most powerful Soviet fighters, the Fulcrum has gone from Russian threat to star performer at Farnborough to Iraqi menace. Domark's sim puts you in the cockpit of a MiG in Soviet service, from pilot's school to combat. Sadly there's no sim to pit the MiG against the USAF or RAF, but five combat missions take in photo-reconnaissance in the Arctic, air-to-air combat over China, strafing terrorist trucks, a bombing raid against oil installations and destroying a nuclear reactor.

The latter is the final mission (requiring 500 points to enter), which involves taking out air defences and landing on a runway to rearm.

As you'd expect there's a savable pilot's service record but sadly no weapons selection - you always fly with the same mix of cannon, unguided rockets plus air-to-ground and air-to-air missiles. 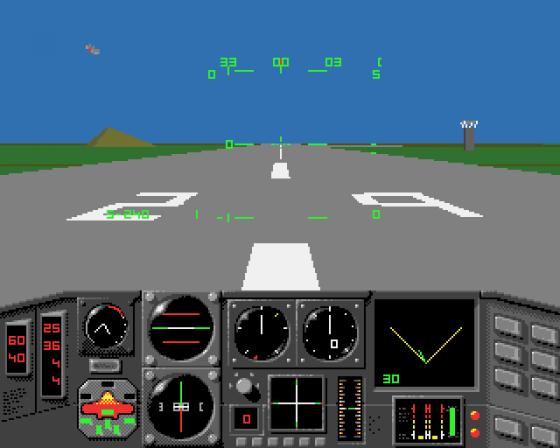 After wading through the packaging, it's a shock to find a single disk with a mere six missions. The graphics are also unimpressive with a severe lack of polygons and ground detail, while control response is sluggish. On the positive side, graphics move quite quickly, providing realistic aircraft at all distances which act relatively intelligently, while instrumentation is novel and missions interesting.

MiG is a big disappointment as realistic plane performance alone isn't enough to counter the lack of extensive missions, too few enemy types and substandard graphic display (flying over a few crudely updated lines and mountains for 90% of the mission time isn't my idea of fun). 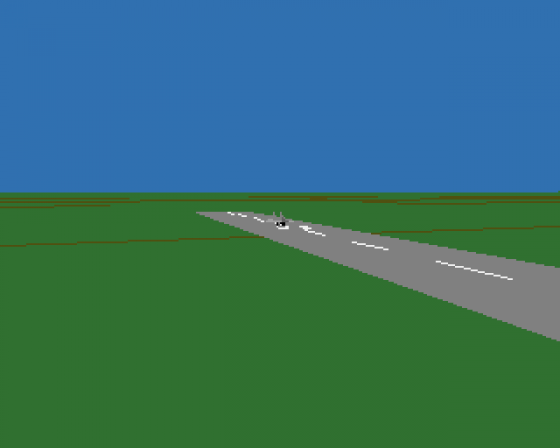 The secondary targets were interesting additions but the whole thing just didn't excite me, especially with no graphic reward for mission success. Ultimately I wanted a lot more for me money and MiG just doesn't deliver compared with the long-term appeal of F-19.

Graphics 50%
Relatively fast and smooth. Not many objects though and limited detail.

Hookability 56%
Good training missions and option to enter all but one of the missions.

Lastability 47%
Tough missions, but six simply isn't enough, not at this price. (A mission disk is planned for a September release.)

Relatively fast and smooth with a good intro tune and some nice in-game FX... Overall though it's a big disappointment. 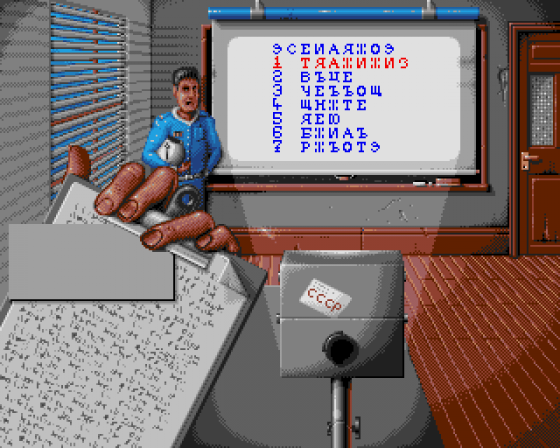