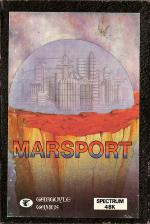 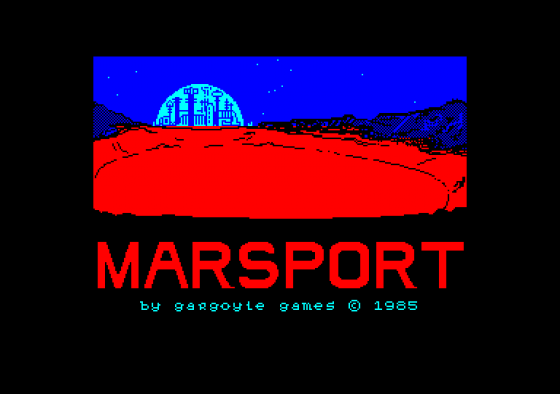 It's the year 2494, Earth has been under siege for seventy years by the Sept, a hive-culture from the Galactic centre. Since the siege began, the Sept have been kept at bay by a huge sphere of force which surrounds the Earth and its moon. But the Sept, like all good, evil aliens, have been beavering away and working out a method of breaching the Earth's defences and unless the force field is improved they will succeed!

What Earth scientists need are the original plans for the defence sphere. But unfortunately some careless person left them behind on - you guessed it - Marsport.

Marsport is an extremely clever game. There are loads of puzzles to be solved and a huge area to be explored. You'll need to take a close look at the instructions and the map which come with this nicely packaged game before taking off to Marsport. 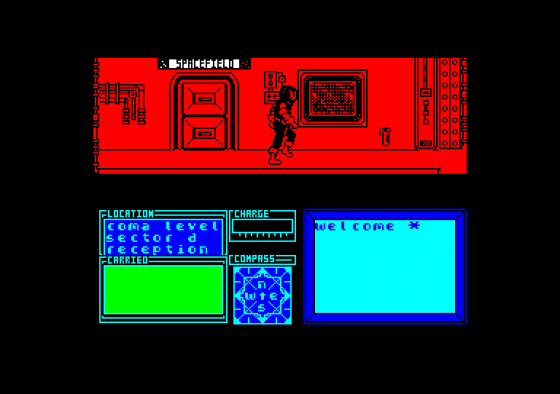 The graphics are good - although some of the colours chosen for some of the screens could lead to a few sore eyes!

The Commander can pick up and use objects he finds around the city - mostly in the various supply lockers dotted about on the walls. I loved the way the locker doors slide open as you approach.

Other messages warning you of approaching danger flash up below the main display.

Marsport is quite simply a great game. Get it!

Quite simply a great game. It's very clever and I loved the way the locker doors slid open as you approached.