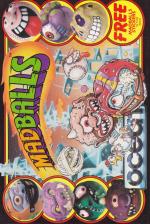 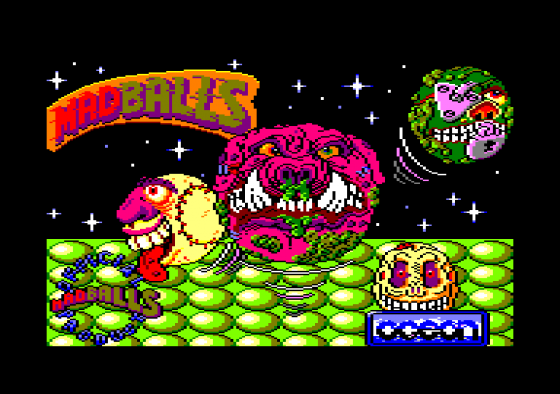 Take a hideously deformed toy and produce a game based on it and what do you get? I'll answer that later, but for now here's the plot. There's a planet called Orb that's occupied by insane spheres. The political system is based on how many members there are in your gang. You are Dust Brain and decide to become supreme leader on the planet, unfortunately every one else has the same idea and unsuccessful candidates wind up dead.

There are eight balls in all: Freeky Full-back, Swine Sucker, Slobulus, Dust Brain, Fist Face, Horn Head, Skull Face and Screemin' Meemie. There are four characteristics that the balls have: speed, strength, hunger and food. Speed is how fast you can move, strength is how hard it is to deflect you, hunger indicates how fast your energy is used up and food is the type of food that you eat.

Trampolines restore some of your bounce, springboards and catapults help you to jump long distances, tyres are bouncy, ramps and pyramids deflect you, oil slicks make you slip and eggs can be squashed for points. The goals are the most important because if you land in them you die. This may not sound too useful, but if you knock another ball into the goal then you can control him. If you want to swap the ball you are controlling then all you have to do is use an open dustbin.

A really good title tune plays, but there's no tune in the game itself. Sound effects can be summed up in one word, yuk! The graphics are dull and unimaginative with badly animated bouncing balls.

There's no incentive to play this game, all you do is bounce around bumping into things with no sense of achievement. The game does have some nice packaging and a set of stickers, pity the game isn't as good. The answer to the question is: a hideous game.

Something went badly wrong between the concept and programming stages of this game. What probably sounded like a good idea - battling balls bouncing around a weird landscape full of surprises - has become an unplayable and monotonous game. Great packagmg, lousy game.

Graphics 43%
N. Dull colours on the scenery.
N. Poor animation of the madballs.

Sonics 62%
P. Great title tune.
N. Pity about the rest of the effects.

Grab Factor 53%
N. Very difficult to get anywhere at all.
N. Virtually nothing to do.

A hideous game... Very frustrating and there's simply no incentive to play. All you do is bounce around bumping into things with no sense of achievement. 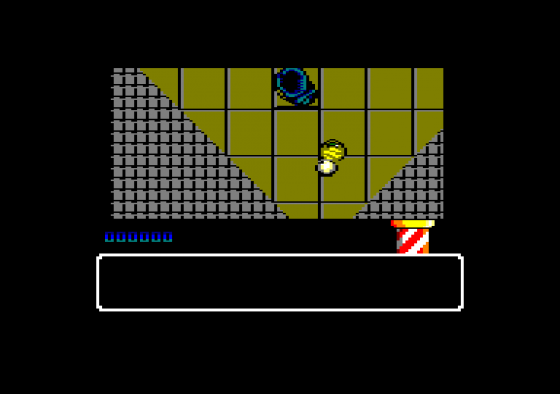