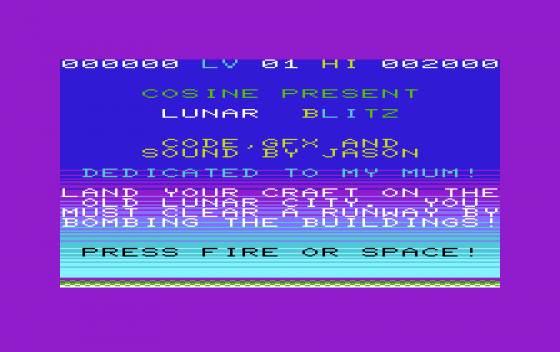 The VIC-20 classic gets a much-needed update.

Lunar Blitz is a recent remake of an older VIC-20 classic called Blitz (which was itself based on Canyon Bomber - an Atari arcade game from 1977) and is one of several ports by the development team Cosine Systems (who've also created versions for the C64 and Commodore Plus/4).

The game itself is incredibly simple - you are the pilot of a spacecraft that is running low on fuel and needs to make an emergency landing. Unfortunately, the only suitable landing site is obstructed by an ancient and deserted lunar metropolis, so as the craft makes repeated passes over the city your only option is to bomb the buildings, thus flattening the cityscape and making it safe to land on.

The player's craft drops in altitude with each pass, making the destruction of the tallest buildings a priority. However, as the craft can only launch one bomb per pass (until you get really close to the ground), the timing of each drop is critical - and this is essentially what the game is all about, timing. 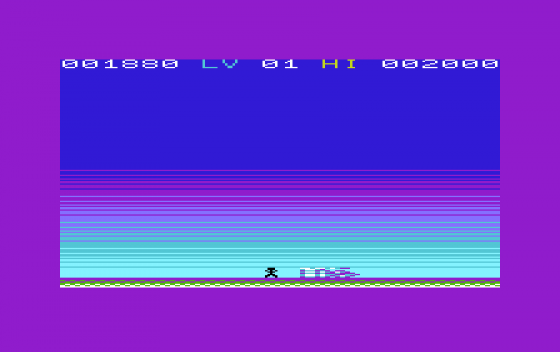 SirClive will probably argue otherwise, but in my opinion Cosine's re-interpretation of the classic game is superior in every respect. In comparison to the original, the chunky in-game graphics and use of colour give Lunar Blitz an authentic arcade feel, and I found Cosine's reworking to have a much fairer difficulty curve (mainly due to the city sizes on the early levels being considerably smaller and the buildings only taking one hit to destroy). The sprite scrolling and animation is vastly improved over the terrible flickering of the original, and Cosine's remake is playable via joystick (whereas the original was keyboard only).

In conclusion, Blitz may be a very basic game, but Cosine have succeeded in giving the classic a much needed update.

I hope I am forgiven if my research isn't 100% accurate, but I believe this game was written as a present for the programmers mum because she was upset about her C64 dying and it's the kind of half arsed attempt at a mothers day present that we have all given at some point (like a bunch of Flowers from the Esso down the road). Don't get me wrong, it does exactly what it sets out to and it does it with a generous dollop of colour, it just has no finesse.

The VIC has its more than its share of these games and if you want to play my version of choice, load up Mastertronic's New York Blitz and witness a more challenging and fun version that would no doubt be banned in the post 9/11 politically correct, mad world that we now inhabit.

Blitz has always been the simplest of games - hell you only have one button to press! This version is fun for a while. 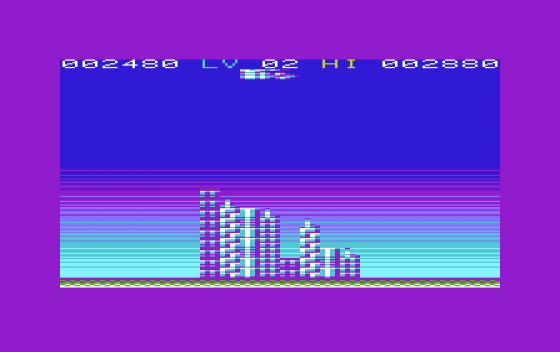 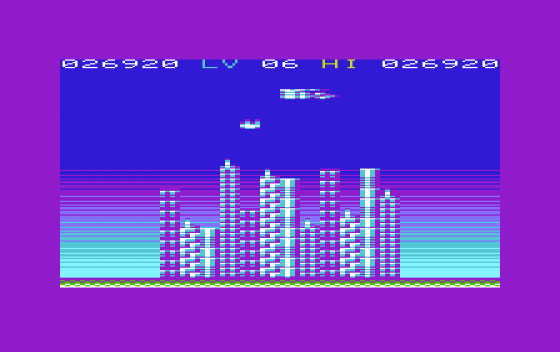