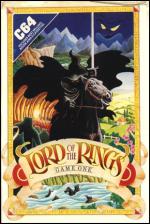 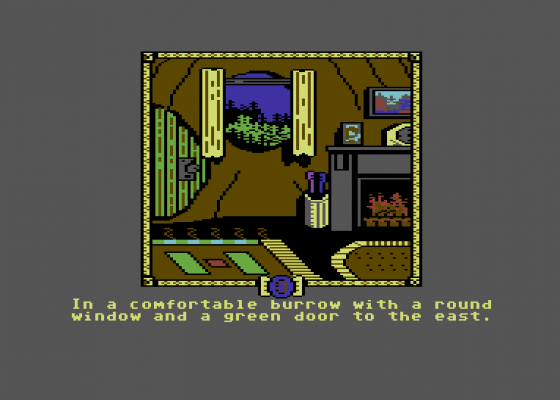 It's here! Blow me down with a Balrog, I never thought I'd see the day. But here I am, sitting at my trusty C64, watching the Pavloda stripes loading Melbourne House's latest blockbuster. So what's it like, then?

Well Wizards, I have mixed news for you. You may recall that when I previewed Lord Of The Rings I was concerned by the speed at which the game ran, or rather crawled. The bad news is that the Commodore version certainly isn't faster than any of the others, and I'm even inclined to think that it's a wee bit slower...

Kicking off in the first location, you have to wait nearly half a minute while the program first draws a rather uninspiring picture, then prompts you to hit return before printing the location description! This isn't necessarily the worst case either (although location description number one is particularly long). Another location I encountered took an astonishing 105 seconds to process! In fact, in this last instance, I would suggest that there is a bug at work somewhere. If you enter a dark location without light, you may find yourself in difficulties. You have been warned! 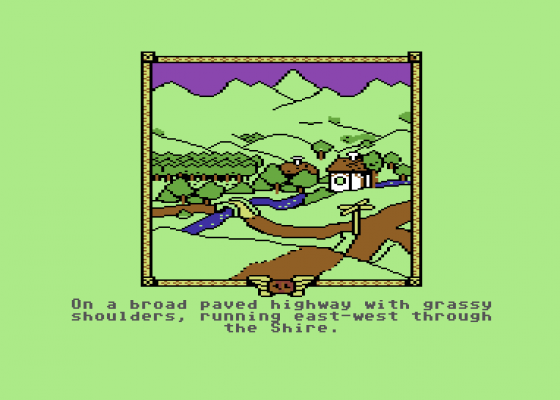 As far as the game itself is concerned, I have nothing but praise, though I have to admit that I have not yet finished the first part. The program comes in two cassettes and is accompanied by the book Fellowship Of The Ring (first of the Tolkien trilogy). This isn't superfluous, as there are a number of occasions in the game when you need information from the book. Tolkien fans will obviously applaud the faithfulness to the original, but I'm not so sure that it's a good idea. The Hobbit, for example, did not require you to have any more than a cursory idea of the original, but in Lord Of The Rings you will find that doing your homework is quite important, especially as far as names and aliases are concerned.

Apart from the innovations which I mentioned in the preview (especially the ability to 'become' any one of the four Hobbits), the other thing I particularly like about the game is its logical design. Right near the beginning you are faced with the problem of crossing a river by ferry, which can only be done by careful use of your companions. Indeed, all the obstacles I nave yet encountered have a pleasingly logical solution and don't depend on obscure magic spells or the right combination of mystical objects.

I also like the way time is handled in the game - with the exception of the time it takes to work it all out. For example, when you start the adventure, Merry is absent and in another location. If you get there in time, you find him. But if you're late, all you get is a note telling you how he waited for you, but has now gone on ahead! It's little touches like these that make the game enjoyable despite the occasional annoyance and the slow pace.

There are a large number of locations to explore, many of which are simply there for the atmosphere. I approve of this approach entirely - I have never been one for 'a puzzle in every place'. I like to be able to do a bit of aimless wandering on my travels, provided that there's a reasonable degree of interest in the places I visit. The other nice thing about the game is that, depending on timing, there are occasionally different ways of approaching different puzzles. For example, if you dilly-dally at the beginning, you have to take shortcuts later on to avoid the Black Riders, whereas if you get on quickly you find yourself being able to take roads that were previously impassable.

The characters in the game appear to be far more intelligent than those in other recent adventures, and are certainly a far cry from those in The Hobbit. Even so, they do occasionally make obscure statements when spoken to. However, you will find that the need to communicate with your fellows is all-important if you are to get anywhere in the game.

Lord Of The Rings is a large, ambitious game. The blurb claims over 200 locations and I haven't visited nearly that many yet (about 100 at the last count). Apart from the occasional bug (like the dark location mentioned earlier), the very slow pace, and the need to reload data from cassette if you "quit" or die, I found myself becoming more and more involved in Tolkien's world. I am inclined to think that this is more of a tribute to Tolkien than to Melbourne House, but nevertheless I feel this is a game I can safely recommend to the more wealthy Wizards among us.

A large, ambitious game... I'm inclined to think that this is more of a tribute to Tolkien than to Melbourne House. 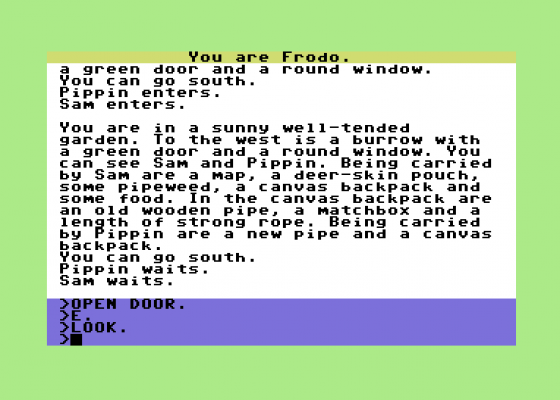 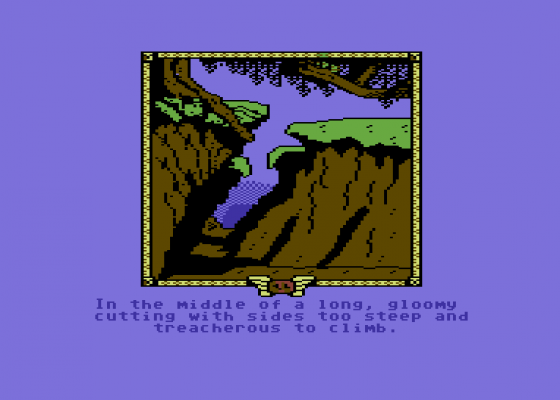 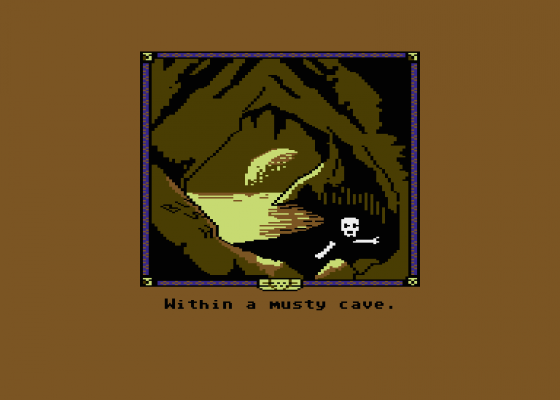 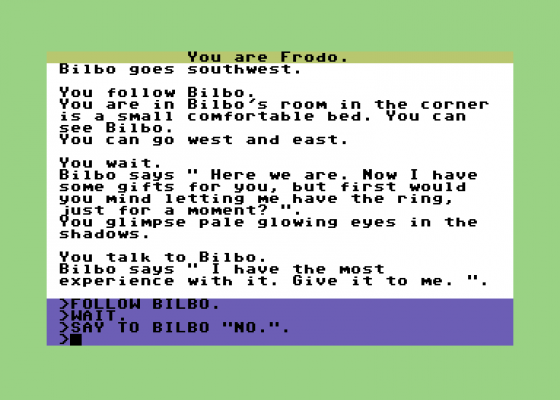 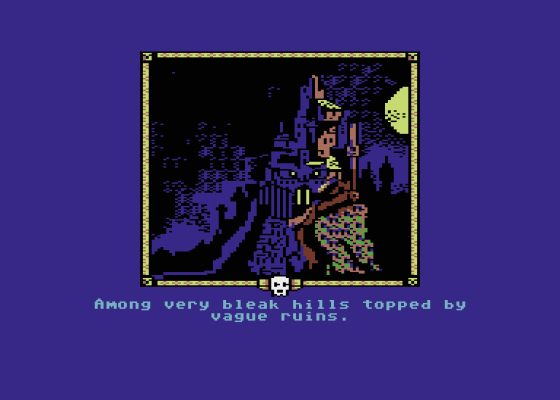 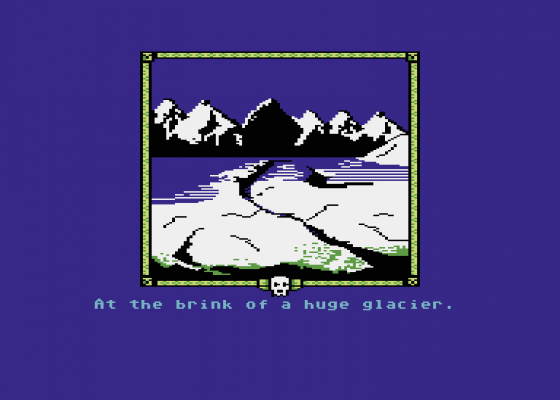