﻿ Level 9: The Lords of Adventure | Everygamegoing 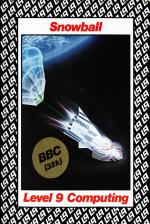 A cold coming I had of it. Through mystic Avalon I struggled, where evil Morgana had laid a thick mist on the land to punish the people for their faith. Through Cheddar's gorge, that deep and fearful chasm, I hurried, muttering all the while an ancient incantation learned by The Pilgrim at his mother's breast.

And a powerful strong spell it proved to be - emerging unscathed from the Gorge I climbed the last hill. Morgana's mist had been lifted from the land, the sun burst through to warm my weary bones, the sea's sharp ozone cleared my fuddled brain of its fear.

There below me, high above the fabled town of Weston-super-Mare, looking out from its hillside across the seas to Wales, was the adventurers' Grail - Rocklease, home of the Lords of Adventure, the mighty Level 9...

Level 9. It's a name that's almost synonymous with adventure. Especially for Amstrad owners - four out of the top ten adventure games in Amstrad Action's readers charts hail from the company. Titles like Dungeon Adventure, Snowball and Red Moon have won them a loyal following. Yet theirs are games that make few concessions to the keep-it-small-and-simple-and-bung-in-some-pretty-pictures school of adventuring. They believe in a minimum of 200 locations per game, lots of tricky puzzles, and they have only recently lapsed from the purity of text-only to include graphics.

Although they seem to have been around as long as some of the wizened wizards you're still likely to find skulking in the darker corners of adventures, Level 9 only became a full-time bread-winning company a couple of years ago.

As a hobbyist concern, though, the Level 9 name is first heard back in the misty beginnings of home computing - the early '80s. It was then that Pete Austin produced his first adventure games - on a 16K Nascom, a machine he describes as "rather like an antique Amstrad".

These first ventures into adventure programming had been stimulated by Pete's twin interests of computing and fantasy war games. At Cambridge, where he studied Psychology, he was a keen participant in Dungeons And Dragons and a member of the War Games Society. But, he says, "I didn't think you could put this kind of thing in a computer very easily".

After his first degree he took a Diploma in Computing, at which time he came across the original Adventure, the Daddy of them all, running on a mainframe. "We can do this on a micro", he thought, and did it. The Nascom version of the game sold 300 copies through mail-order and Level 9 was up and running.

The next step was an Adventure Writing System, a step undertaken by Mike Austin - at that time still a schoolboy. The first Level 9 system produced a string of games for the Nascom - Colossal Adventure, Adventure Quest, Dungeon Adventure - which subsequently found their way on to other formats. The last-mentioned, says Pete, "is still my favourite fantasy-type adventure".

The next big step came with the micro boom, largely a result of the BBC Micro's arrival in 1982. This entailed changing over from the Nascom's Z80 processor to the 6502 chip used in the BBC. It also meant an increase in business, since at the same time distributors began to stock Level 9's games and bring them to a wider public.

By late 1983 Pete had started to work full-time for Level 9, while Mike was taking a year off before university to do the same thing. Margaret, their sister, joined a year later to handle the marketing side and both the Austin parents still lend a hand in the business.

New machines have always seen conversions of the Level 9 range - if their memory was big enough. The Amstrad computers in particular have been very good for Level 9. Now they're even doing PCW8256 versions.

The eagerly-awaited sequel to Red Moon will make its appearance on the Amstrad towards the end of this summer. Your task is to rise from mere Sorcerer's Apprentice to Powerful Wizard. The game contains 18 different spells, which can be used - if you can find them - to take on opponents and command creatures. The game also features a much larger vocabulary than previous Level 9 releases - 1000 words.

The spotty 13 and three-quarters-years-old is the star of a game that lies a little outside the usual Level 9 range. Pete Austin was commissioned to write the game by Mosaic, who had acquired the rights to the book.

Pete designed it as "a multiple choice game" because "I didn't see how it could work as a normal adventure." It certainly worked as he wrote it, not least because he was able to mimic so cleverly the writing style of the books. Even so, Pete is slightly dissatisfied: "It could have been much better," he says. A sequel is planned for later in the year and will feature much more decision-making.

Another, similar, project that didn't get off the ground was a game based on the TV series Yes, Minister. Although Pete worked on it for a week, he couldn't find an angle for a game and dropped the option.

He describes himself as someone who's "very much against extremists" of all political varieties. One day, he adds, he'd like to do "a game about a viable anarchist society where everyone is good and co-operative and so on." We'd like to see it. 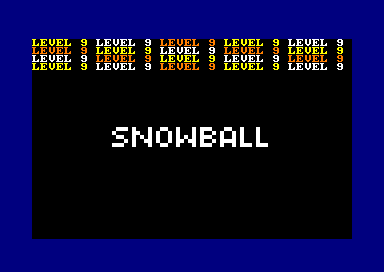 Level 9's early releases were in the mould of mystic castles, dark forests and slimy orcs. But the appearance of Snowball marked the beginning of a trilogy which broke away from the traditional and rather stale Dungeons And Dragons-influenced games.

As Pete Austin explains: "We wanted to do something different. There were a lot of sub-Hobbit adventures about, in which you went round slaying orcs etc. I was afraid the public would get fed up."

What they came up with reflected the kind of fantasy/sci-fi reading matter that fills Pete's bookshelves. Authors he respects - "I like the way the worlds are designed", he says - include Larry Niven, David Brin, Sabre Hagen and Robert F. Jones.

So Snowball, the first in the trilogy, takes place on a space-ship carrying two million hibernating colonists to the invitingly fertile planet of Eden. It's a game that has many features Pete Austin is very fond of. "It's the only realistic starship that I know of. It has particle beam engines, which really might work. The passengers are not frozen, but kept just above freezing point with their hearts artificially stimulated." 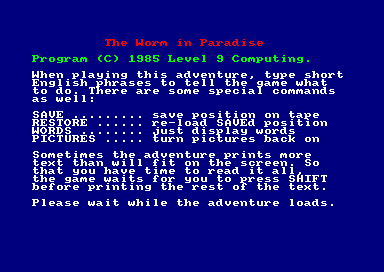 Snowball was text-only, but its sequel Return To Eden featured graphics. Here, hero Kim Kimberley is marooned on the deadly paradise of Eden in a game Pete describes as an "ecological parable". Kim was christened Kimberley because, says Pete, "I was iivmg in Bracknell at the time - the second street along was called Kimberley."

The trilogy was concluded with The Worm In Paradise, which featured a new system involving much more sophisticated parsing. It didn't feature, though, Kim Kimberley - just an inflatable model of the same which players were tempted to steal from the museum. The system of fines being what it is on Eden, and you having no money, meant that you had to pay with an arm and a leg. Literally.

The Arthurian legends are the source of a project - Avalon - which excites Pete Austin as much as anything at the moment. It's a huge multi-user game which may be taken on board by British Telecom. And if they don't do it, Level 9 will go it alone and set it up themselves.

The map pinned on Pete Austin's wall gives an idea of the game's size: it's a grid of 1 00 x 100 squares, which works out at a lot of places to go.

Players of the game, says Pete, will "wander about gleefully collecting treasures, then take them to the bank and pay them in". If that sounds rather too much like the everyday struggle for existence, fear not. Wandering around in the same playing area will be old favourites like Arthur, Merlin and that nasty Morgana. Pete says "I want to have about 1,000 computer-generaled characters", although some of these will, of course, be fairly simple.

The problems posed by such characters will be exacerbated by the "incredible number of puzzles" the game will contain - an element Pete feels has been lacking in other multi-user games.

He hopes that players will be able to team up in their efforts. "I want to combine everything a multi-user system does with a Bulletin Board", he says. So, with a bit of luck, players should be able to meet and leave messages in secret rooms that only those with the password will have access to.

The individual player's aim will not be to defeat any particular character or find any one object, but rather to maximise his personality in whichever direction he chooses to go - rather like the Dungeons And Dragons idea.

If BT decide not to take the game Level 9 will set up a network of four or five machines using the 68020 processor. Each one of these is roughly 30 times more powerful than a CPC 464, so many players will be able to take part simultaneously.

The project is still under discussion, although much of the game has already been designed. Look out for Avalon later this year.

A criticism sometimes made of Level 9's games is that they do not have anything like the sophisticated artificial intelligence and interaction of, say, the Infocom range - now available for the Amstrads.

Well, first of all, Pete Austin is currently at work on an interactive game to be released probably in autumn. "It will have 'real' characters who wander about", he says. "You'll be able to talk to them. Lots of things will happen in parallel."

He's an admirer of some, but by no means all, of the Infocom games and strongly defends Level 9 when comparisons are drawn. Infocom's games, he points out, "are relatively expensive and they're disk only." Furthermore, while some of them offer truly interactive characters, they have relatively few locations: Level 9 games have a minimum of 200 locations.

However, the first interactive Level 9 game is likely to set the trend. If it works on cassette, we shall probably see many more in a similar mould.

Level 9 came to graphic adventures relatively late, and not without a certain reluctance. Now, says Pete, "I think they really do enhance the game."

Here again they've come in for a certain amount of criticism. Again, Pete Austin stoutly defends his creations: "Each Level 9 game has 150-200 pictures. In Interceptor's games, for example, the graphics really slow the game down. They might take 20 or 30 seconds to draw. There's a small number of pictures, the games are small and really pretty poor."

Lord Of The Rings is a game that comes in for some stinging criticism: "It's a so-called graphic adventure. But there are about four pictures in Part 1 and I'm not sure if there any in Part 2. And then people have the gall to call it a graphic adventure and say it's better than Level 9's."

It seems he's not very impressed. "Graphics," he says, "will only come into their own on much larger machines. Given the current limitations of memory I think we've got the best compromise."

Level 9 seem to operate the principle of "keeping it in the family". The six Austins between them design, program and market their games.

Amstrad disk-drive owners will be happy to hear that Level 9 are to release disk versions of their games in the very near future. But, due to the current price of disks, they will be not be releasing one game per disk. Instead, two or possibly three games will be included. But the price will definitely be below £20. Sounds like a bargain.

Level 9: The Lords of Adventure