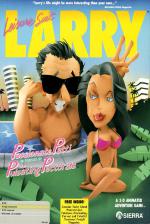 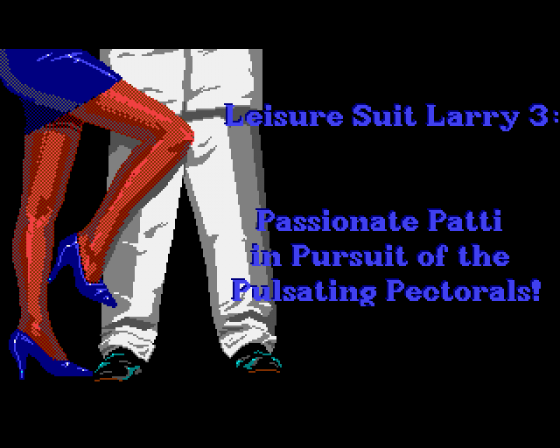 After saving the tiny island of Nontoonyt from the nefarious deeds of Dr. Nonookee all you desire is a quiet life with your wife Kalalau in the idyllic setting of your mansion on the island. Unfortunately, civilisation has come to the island. Where once golden sands cascaded down to azure-blue lagoons and beautiful jungles sprawled luxuriantly, hotels reach up to pulluted clouds, oil taints the sea and big business has a firm grip. However, all this modernisation doesn't bother you too much, if it hand't arrived you'd still be living off the land and residing in a mud hut. Now you have a mansion and a good job at Natives Inc. Life is bliss... but not for long!

As with the two preceding Leisure Suit Larry games you don't have much idea of the plot and have to play the game a while before a story unfolds. In this case, without wanting to give too much away, you ind your wife in the arms of another. Thrown out on your ear, its up to you to survive using your wits alone... could be a short game!

Before the game begins you're warned that pixelated nudity is used which may be offensive to some players, you have to confirm that you want to play (a bit silly really because if you didn't want to play the game, you wouldn't have bought it in the first place!). You're then invited to enter your age and prove it by answering some questions. The older you are the more questions you get right, the raunchier the game is to play. 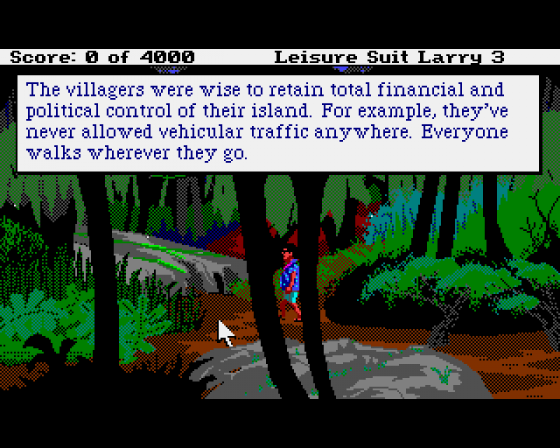 Larry begins the quest in a spot dedicated to his defeat of Dr. Nonookee. A gold plaque detailing his daring deeds glints proudly in the tropical sunshine. However, looking through the nearby sightseeing binoculars could give you a view of more than you bargained for! This action, although immoral, gains points and indicates how you should behave to progress (i.e. naughtily). In fact, you're guided through the first few scenes of the game - sometimes by a not very subtle pointing finger - but once you've got an idea of what's expected of you you're more or less left to your devices.

Using mouse, keys, joystick or a combo of all three, you steer Larry through his little 3D world. A visit back home and then, following a quick change into the leisure suit we all know and love, it's off to Natives Inc where the game really begins.

Make up your mind you're not going to be offended by the game and Leisure Suit Larry III will have you rolling around on the floor... laughing, that is. Some of the antics Larry gets up to and situations he finds himself in are hilarious.

Eventually you get to play the part of Passionate Patti who falls in love with the leisure-suited lounge lizard but, due to a misunderstanding, Larry goes off into the jungle to lose himself. Patti faces the dangers of bamboo forests, rapids, waterfalls, ravines, Feral Pigs and lesbian amazones in her quest to get her true love back.

Sierra On-Line have produced yet another excellent animated adventure... but it has flaws. Game credits slowly fade on and put on certain screens whch - as one can read this information in the packaging - do nothing but slow animation down.

Game speed gets really slow when there's a lot happening on-screen which, when all you want to do is get across a location, is frustrating. There are referenes to the game's creators throughout the game that, while I appreciate their skill but, while I appreciate their skill at programming Leisure Suit Larry III, I don't want them shoved down my throat in every other message. The ending, once Patti has rescued Larry from the amazons, is incredibly esoteric, boring to watch and play, not funny and indicates that Al Lowe (Leisure Suit Larry III designer) had no idea at all how to finish the trilogy. The game's also overpriced.

Luckily, these flaws are more niggly than important (I just wanted to say something bad about Sierra On-Line for a change!) and shouldn't deter too much from the pleasure of once again trying to save Larry from himself. 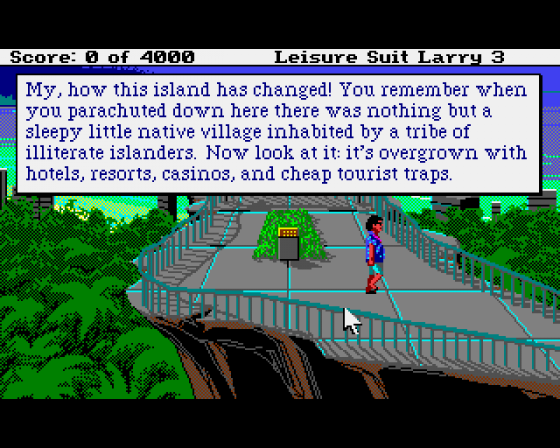 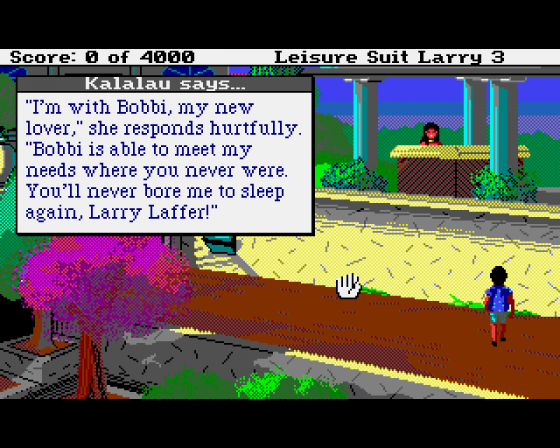 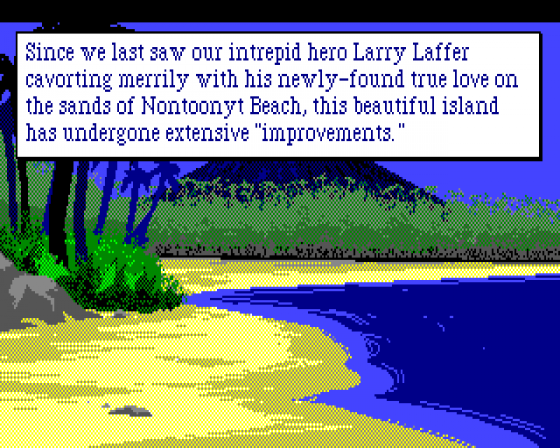 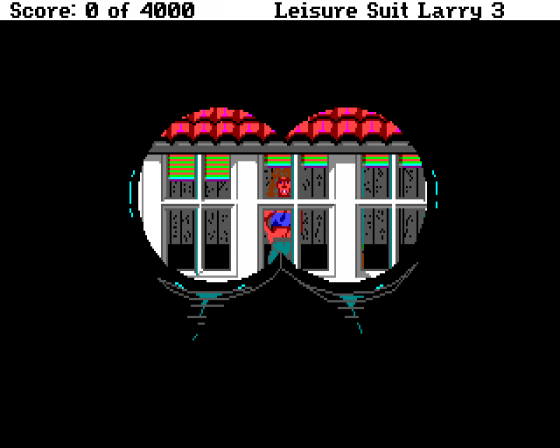 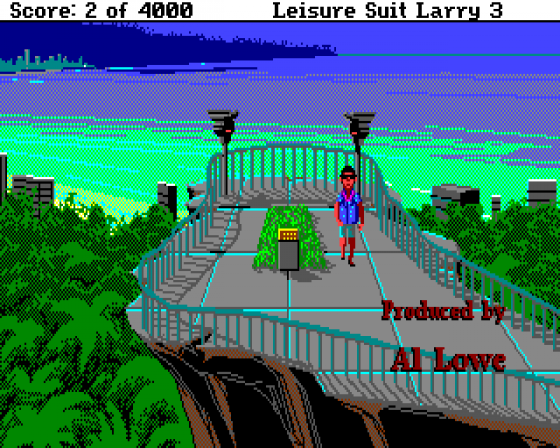 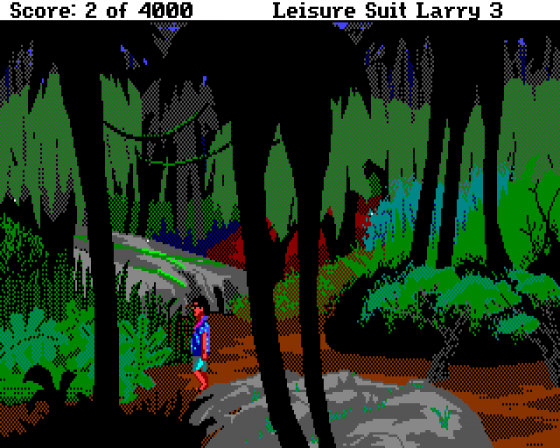 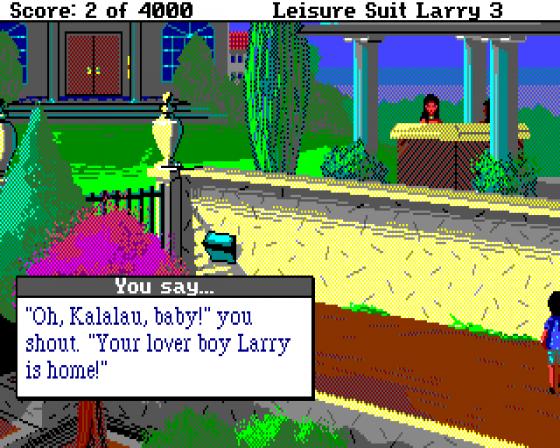 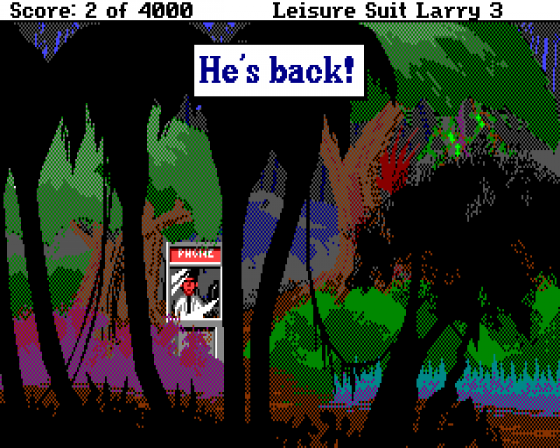