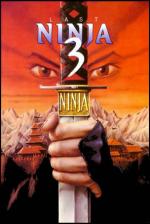 It's been several centuries, and four years, since the ancient ninja brotherhood was all but wiped out by the evil machinations of the Shogun Kunitoki. In the aftermath of that slaughter, the last ninja, Armakuni, defended the island Len Fen against the Shogun's armies (94%, Issue 28, 1987). Kunitoki was defeated and only escaped death by means of a magical orb transporting him through time and space to contemporary New York. The Last Ninja II (94%, Issue 41, 1988) saw Armakuni tracking Kunitoki through the streets of New York, taking on his vicious criminal empire and ultimately defeating him once more. But now Kunitoki is ready for Armakuni. In this latest epic, the malevolent Shogun has retreated to Tibet and the Palace of Mysteries where he plots a new world order, a realm of Chaos. While he works at this colossal and apocalyptic feat of Black Magic his latest, and most powerful army has prepared itself for the last ninja...

The Palace of Mysteries is split into five levels: earth, wind, water, fire and void - each with between 12 and 16 screens. To complete a level, its guardian shogun must be killed. This requires a certain amount of Bushido, or honour, which is built up by defeating Kunitoki's men. There's a different type of solider for each level, each with their own attack style and weapon. To achieve the most Bushido from a battle, you should use the same weapon as the soldier uses. If you use a more powerful weapon you win little honour. However, Kunitoki's power means that, unlike you, soldiers cannot be killed; only rendered unconscious for a while. Your energy is shown in the bottom-left corner, alongside your opponent's. Care must be taken because energy cannot be restored, although there are extra lives to be picked up. You begin with five lives and three continue-plays.

There's more to the game than simply combat, though: besides a variety of weapons such as swords and nunchukas, there are numerous objects vital to solving various puzzles. At the top-right of the control panel, a prayerwheel opens to display any objects hidden on the screen. It would spoil things to reveal too many of the clues, but one simple example shows the basic idea. To climb a steep cliff face you need to find a pair of gloves and some nails - once collected these are automatically turned into climbing gloves. Later puzzles are quite a bit more complex: one even requires you use a furnace to manufacture an item.

System 3's flagship series has gone back to its roots with this brilliantly atmospheric arcade adventure. The three-minute intro is a stunning example of what's possible on cartridge which, combined with superb death and 'game complete' pictures, gives the program a genuinely magical feel.

The graphics are generally excellent, with some superb backgrounds. The detail on trees is stunning, for example, and the way they overwrite characters illustrates the slickness of the isometric programming. What can't be seen from screenshots is the animation, with the main sprite moving really well - just watch how nunchukas sway when being carried.

System 3 have created one of the most detailed and atmospheric playing environments seen on the C64, and my only reservation is that realism has made some of the levels a bit samey. Only on level five does the game go for a dramatically diferent, surreal mysticism.

Actual gameplay is very strong with some nice puzzles to sort out. Manufacturing vital objects leads to come complex problems. In truth I wish there could've been a lot more of this - it's not a Time Machine in terms of complexity or originality. However, there's plenty of ninja combat, with a lot of varied opponents, including a shogun at the end of each level.

The need to build up Bushido by using the correct weapons is a neat idea (although you can cheat by concentrating on beating up level one baddies). In terms of gameplay structure, The Last Ninja III isn't a massive improvement over II, but for existing Ninja fans and anyone else who simply wants a good arcade adventure, it's likely to be an essential purchase.

With a remarkable boost to the graphics over the first two Ninja games, Last Ninja III certainly looks great. Veterans of the original will notice similarities with the first game but the oriental look is atmospheric, the elemental theme a good one and the attention to detail considerable.

Although there's not a lot new in the gameplay, the great idea of taking on the enemy with their weapon instead of your most powerful one is a new idea that works well. This gives the enemy intelligence, makes you stop and think about each conflict, adding depth to the game - although I don't think this alone justifies the higher price.

The instant loading is great though, even if previous Ninja games were well-structured so that multi-loading wasn't too bad, and the uniquely ambitious intro would've been unworkable on tape or disk.

There's some nice touches about Last Ninja III and a definite appeal with some strong puzzles. For me the New York theme of Last Ninja II made it the best of the series, but III is a classy product in its own right and bound to be a massive success.

The Last Ninja's gameplay isn't anything special, but the concept has been executed extremely well. It isn't as interactive as I would have liked, and when it boils down to it there isn't really much to it. Sounds familiar? Well, it should because that's what Gary Penn said about the original, way back in 1987.

Four years on and nothing much has changed. The execution is still impressive with some superbly detailed isometric graphics, but gameplay-wise, III isn't much of an improvement on its predecessors.

The graphics are possibly the finest yet and instant loading is fun, but it's a pity the cart wasn't used to get rid of the mildly irritating build-up of graphics when you enter a screen. I also expected some far more sophisticated puzzles - yes, they have been marginally improved, but are hardly in the same league as those in the old Ultimate games.

I think the whole ninja concept is now showing its age a bit, and £25 is a lot to pay for slight enhancements - especially if you've already got the previous Ninja games.

Graphics 94%
System 3's unique isometric 3D is taken a step further - beautifully detailed and evocative. The only slight flaw is that there isn't any dramatic variety apart from level five.

Hookability 92%
Fairly easy to get into, the control system has been improved and the first few baddies are fairly easy to defeat.