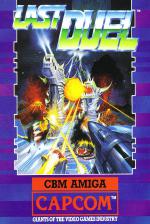 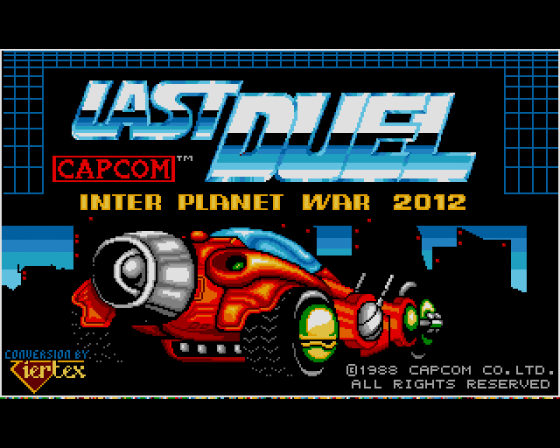 Far off in space, a long way from our home, exist two planets - Mu and Bacula. For many years they've lived in harmony, the people of both worlds respecting each other. This peace was shattered when a renegade tribe known as the Galden decided to invade...

Starting with Bacula, they decimated the Government forces and set up a huge Armada with the intention of invading My and taking it over for themselves. A small band of Galden warriors entered the Royal House of Mu and kidnapped Queen Sheeta, holding her hostage until their demands were met.

The Royal House of Mu could never be seen to be taken advantage of, so instead of weakening, the ministers signe up their two finest warrior pilots and equipped them with the latest ground/air assault vehicles. They had to fight their way through the six defence zones that the Galden set up on Bacula and rescue their Queen. If they were unsuccessful there would be no hope for the people of Mu and Bacula; this would have to be their "Last Duel"! 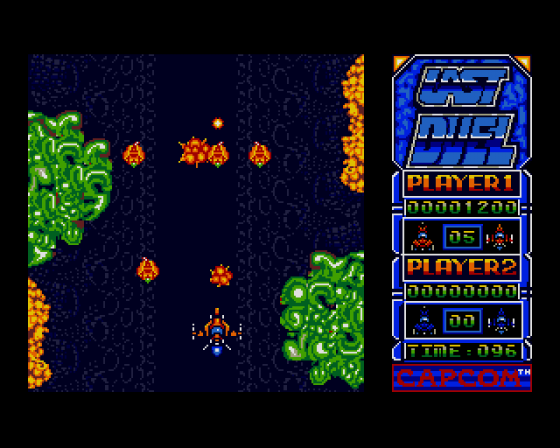 Gaiden weapon and supply pods can be found along the way and shot to reveal add-ons (P for power guns, T for extra time). So get on with it!

What a great little shoot-'em-up this is! The sound and graphics are very well done: brilliant detail with loads of colour and some clear and atmospheric FX and music, even if the tunes are a bit 'poppy' for my tastes!

The control is very precise so that it's never the computer's fault that you crashed into the well - and the extra weapons are very powerful indeed, just as they should be; none of this 'pea shooter Mk II' rubbish! 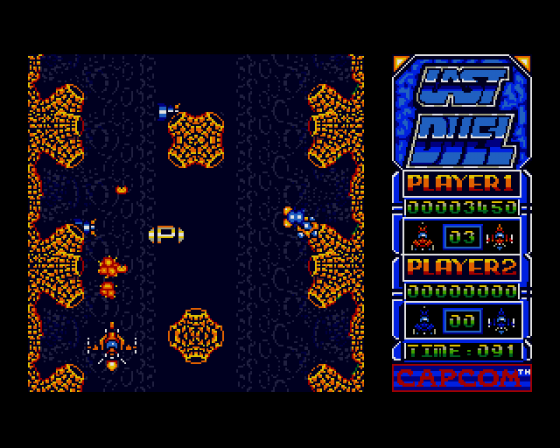 My only qualm is that it's a bit on the easy side - I managed to finish it in an afternoon's frantic blasting - but it's still fun to play even after you've finished it.

Fans of the arcade original and shoot-'em-up fans in general should check it out; it's not at all bad!

This is really good fun. It's not so much the brill graphics - they're nicely detailed but confined to a pretty small area anyway - or the really good sound; it's just got bags of playability, especially in two-player mode. 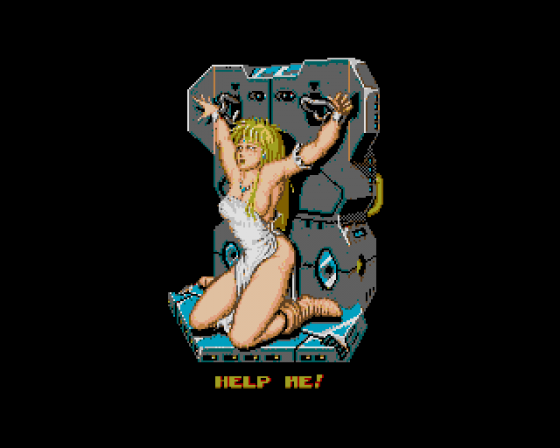 In fact, the only thing wrong with it is that it's a bit too easy - none of us have ever played the obscure arcade original, so we can't give you a conversion factor, but I wouldn't have thought it was this simple... Still, if you're an Amiga owner who likes a cross between dodging, racing and blasting, you could do a lot worse.

Presentation 78%
Good intro pieces and nice in-game control and appearance, but the screen's a bit small...

Hookability 86%
Very easy to get into once you start playing.

Lastability 73%
A bit too easy to complete, especially for hardened shoot-'em-up fans.

Overall 77%
A high quality shoot-'em-up at a good price, but with questionable longevity.

A high quality shoot-'em-up at a good price, but with questionable longevity. 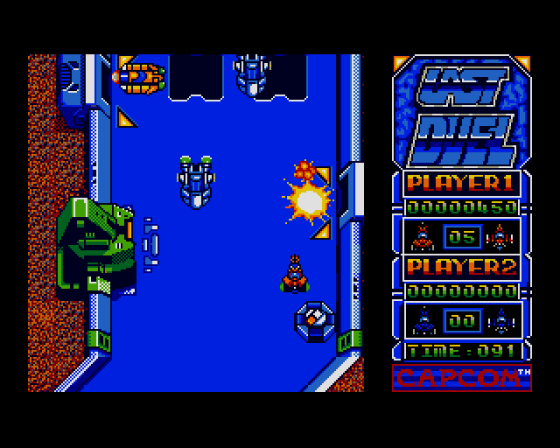 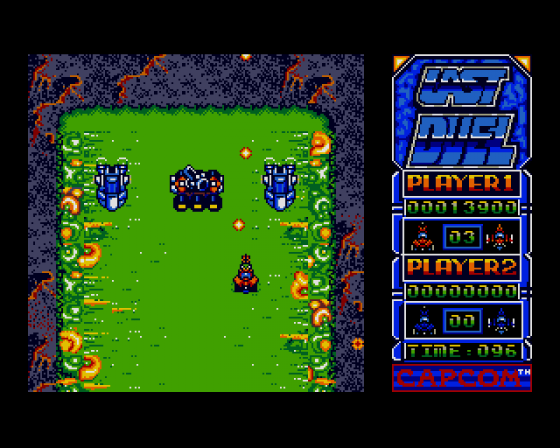 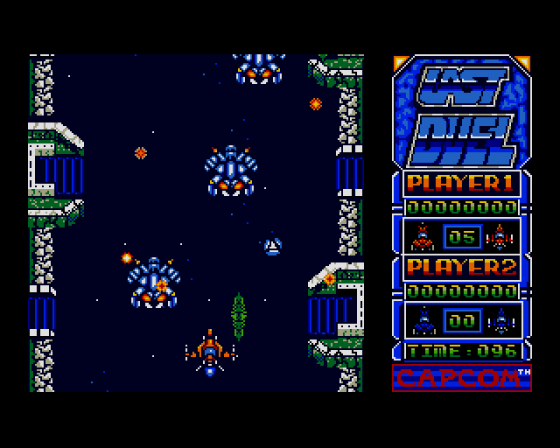 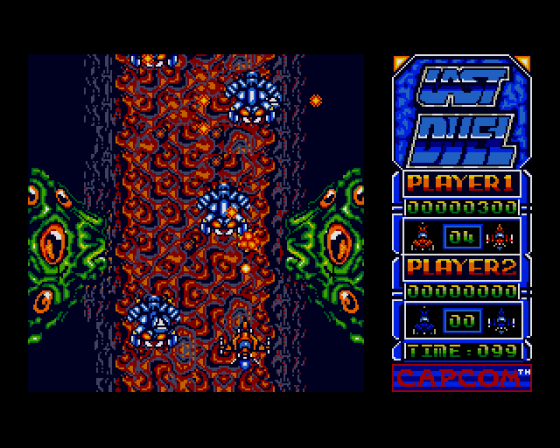 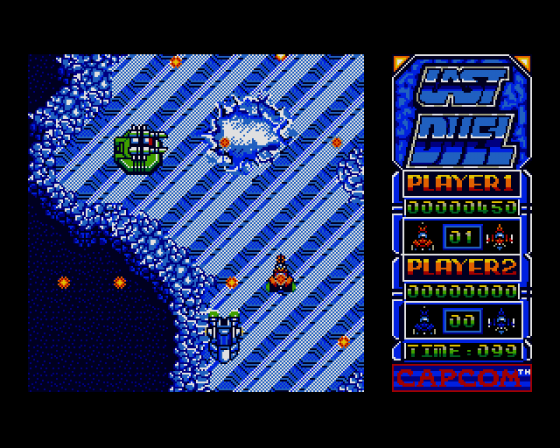