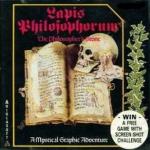 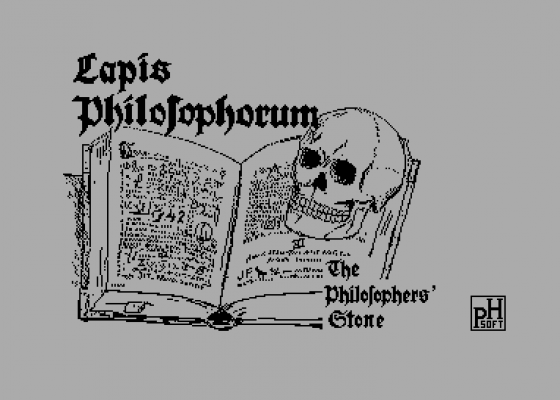 Lapis Philosophorum, or the Philosopher's Stone, is a game written originally in Germany as you might guess when you discover that the old King in the story was called Gieselmer Gutfried. The King's problem was that he was still childless after two marriages and so forced to adopt a stepson to be his heir. This proved to be a bad move as the stepson soon administered a swift dose of poison in an attempt to seize power and the throne. Despite the attention of all the best medical men in the court, the King did not appear to be getting any better and so, as a last desperate hope, you are sent off on a quest to find the Philosopher's Stone, which has two remarkable qualities. The first is that it can turn base metal into gold, and the second is that it can cure any illness when dissolved in water.

The game starts with you in your house in the middle of town and you quickly find your favourite instrument, the lute and a book that tells you a bit more about your quests, suggesting that a visit to the Monks of the Moor Monastery might well be in order. This is lots to explore within the two for two main reasons.

First, the location descriptions are quite long and detailed, and so you are not quite sure what is relevant and what is dressing (an excellent state of affairs; other software houses, take note). The second problem is that the city guards, on instructions from the Wicked Prince, seem most reluctant to let you out through the gate. Each location is very well illustrated, although it takes an age for each picture to load in from disk (the fault of the disk drive, not the game I should hasten to add).

The game is aimed at a fairly simple level with "help" clues being regularly available. The style of the parser is that of being extremely chatty, responding to your inputs with all manner of wisecracks that some people may find offputting. You tend to have to enter words in full as well, rather than abbreviate them to four or five letters.

Lapis is aimed at the younger or inexperienced adventurer, and I think that they would enjoy it. As there are seven different winning routes, finding all of them might prove to be more of a challenge to the more advanced player.

Lapis is aimed at the younger or inexperienced adventurer, and I think that they would enjoy it. As there are seven different winning routes, finding all of them might prove to be more of a challenge to the more advanced player. 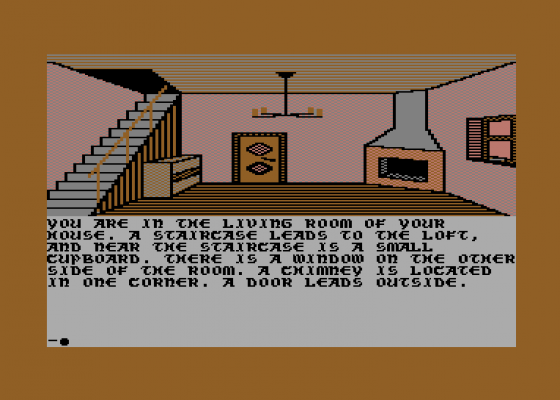 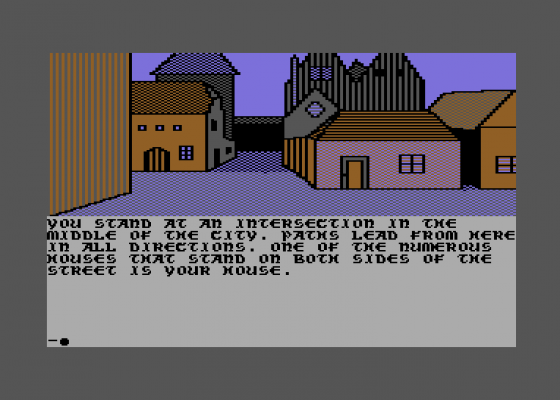