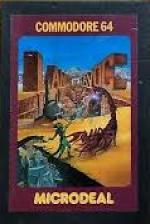 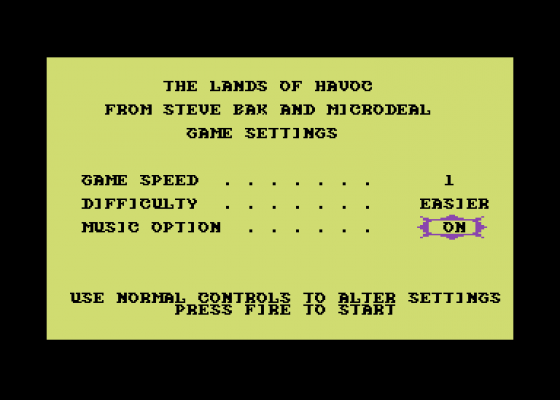 During a hard days reviewing session it is easy to load a program without realising who produced it. Land of Havoc was such a game and my first impression was its striking similarity with Cuthbert enters the Tombs of Doom. Hardly surprising that the producers of both programs is Microdeal.

The background story tells a tale of a land which has fallen under the destructive power of the Dark Lords. As the reptilian hero Sador you must free the land of their evil spell.

Before the arrival of the evil lords the land was ruled by the High Vanish, a sorcerer with skills equal to Merlin himself. In his wisdom the good wizard spread artefacts around the land and Sador must find them all in sequence to gain entry to the Lord's subterranean hideaway. 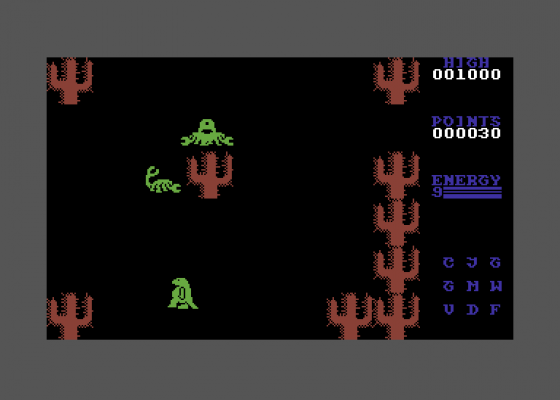 This maze game has a twist to it. The kit includes nine postcards which each have a sector of land on it. Each time the game is played the cards must be placed in a different given order forming a general map which guides Sador's movements.

Each area is inhabited by different monsters which must be avoided or killed and as Sador gets nearer the final solution their movements become more frantic.

On entering the underworld more talismen must be found to overcome each Dark Lord.

At this point the game becomes a pure maze game which can easily be mapped using the pause facility. but with a claimed 2000 screens this should take many hours of endeavour.

If you like solving mazes, this one is worthy of investigating.

With a claimed 2,000 screens, this should take many hours of endeavour. 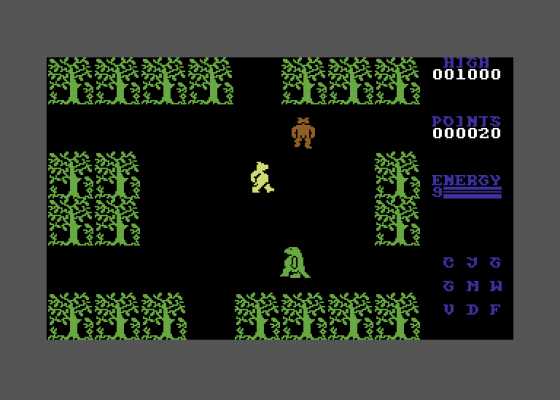 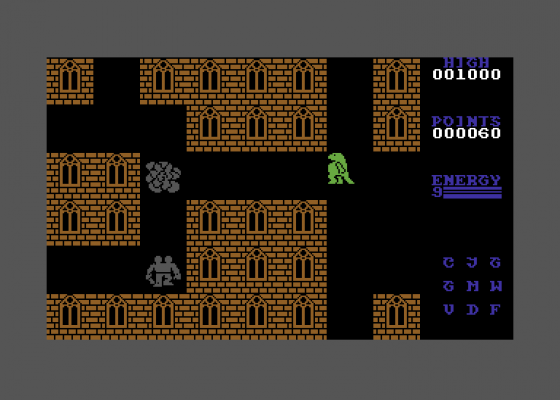 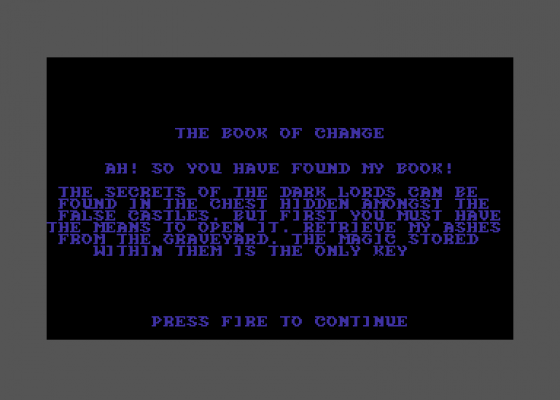 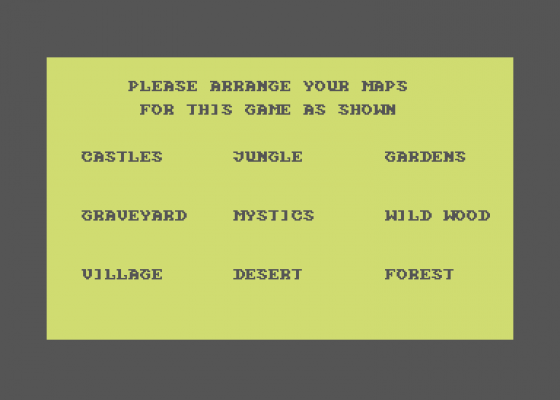