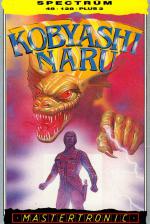 You stand in a closed chamber on the world of Ygor. Ahead of you are three portals that lead to three quests that you must complete to learn the ways of the immortal. Fail and you die!

This is the triple quest of Mastertronic's superb cut price icon-driven graphics adventure that introduces a novel new way of adventuring.

The centre of the screen is filled with a "functional" picture of your current location with a text description below it. Above the picture is a message window through which computer replies to your actions that are performed by selecting one of the 23 icons that allow you to do actions such as get, drop, use, select, examine, analyse, throw, dive, swim and so on. There are also arrow keys to move north, south, east and west and a load/save icon to save your position on tape or in memory (quicksave) in case death lies around the next corner.

Actions such as throw, get, and analyse need further information of what you're going to do it to. Instead of having the frustration of typing words that the computer doesn't understand, you simply use the joystick to pick the word out of the text description! You still get the occasional "you can't do that" message but at least you know which words you can use leaving you to concentrate on the problems.

The three portals are marked knowledge, wisdom and understanding and lead to quests that can be attempted in any order although once you've started one you have to finish it before attempting another. However, by using the memory save option you can store your position (where you're stuck) in one quest, quit then try another. If you get nowhere with that one, loading from memory will return you to your original position.

Don't expect to solve the quests in one evening as they're not easy, but mainly consist of trial and error problems, such as how do you get a sword out of a metal block, crawl through a gas tunnel without dying or blowing yourself up, and how to get past a monster that has tentacles that grow faster than you can destroy them. These can generally be solved by analysing everything, trying every possible option and a few impossible ones helped by a sprinkling of logical and lateral thinking.

If you succeed the prize is immortality, but is that worth dying for? One thing's for sure, this game is worth every penny.

A superb cut price icon-driven graphics adventure. It introduces a novel new way of adventuring and is worth every penny.