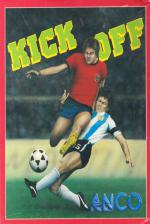 Drafty shorts, legs with warts and a team that everyone supports 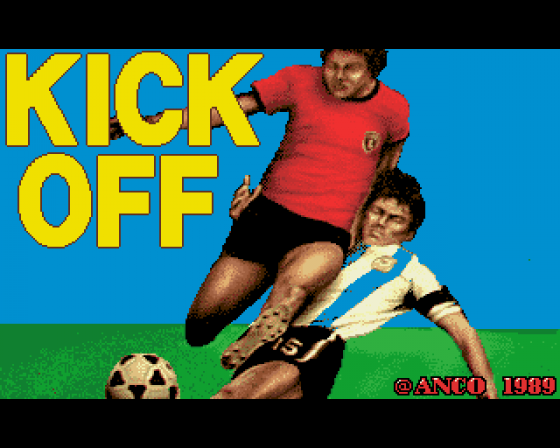 Drafty shorts, legs with warts and a team that everyone supports

What do mucky shorts, oranges and ninety minutes all have in common? And no, they're not the implements and duration of one of Maff's more auspicious traits - it's that time-honoured English tradition, a good, hard game of football.

Just the right time of the year for it as well. Nice and hot(ish), everybody feeling fit and mean, wanting to show off in front of the crowd. And what better way than to jump into a footy strip and get on down to the park for a bit of a knockabout. 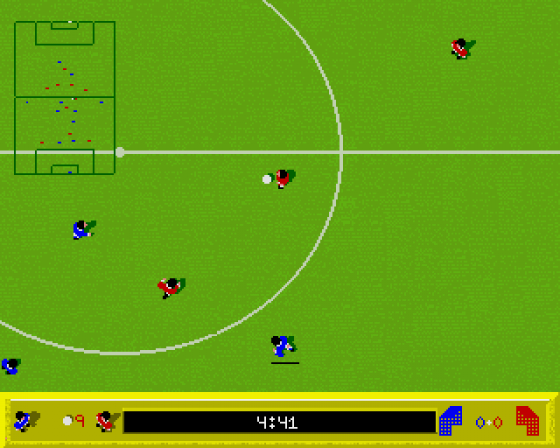 Of course, that's all well and good if you haven't got one foot in the grave, but if you're a bit dodgy in the health department, or simply can't be chewed to get out of that comfy armchair on a weekend, there is an answer! Computer footer!!

And as if enough companies haven't jumped on the soccer bandwagon (or team-bus) of late, Anco feel obliged to chuck their footy boots into the running with the release of Kick Off.

Presented in the now familiar birds-eye view format, elevent-a-side soccer action comes alive on your Amiga. Dribble that ball, head that ball, kick that ball, kick that man - you can do the lot. Teams can be selected from a selection of categories, ranging from schoolboy to international, the level of speed and control becoming higher the tougher the team. Play time varies from five to forty-five minutes per half, depending on the player's tastes. 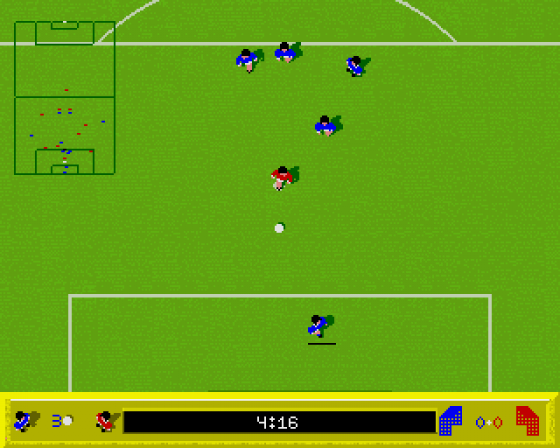 One or two players can participate, a flick of a coin deciding who gets the kick off. To help keep a track of where your players are situated at any time during the game, a plan view of the pitch is shown in the top left hand corner of the screen, the size of which can be changed at the press of a key.

So why go outside and get kicked all over when you can put some shorts on, flick some water on your face and nestle down to a game of Kick Off...?

Last time I went out for a game of football I had to sit down behind the goal and have a tab, and I was the goalkeeper! Needless to say, I'm not the fittest of individuals, but I do like a good footy game on the computer. And Kick Off is a good footy game, believe me... 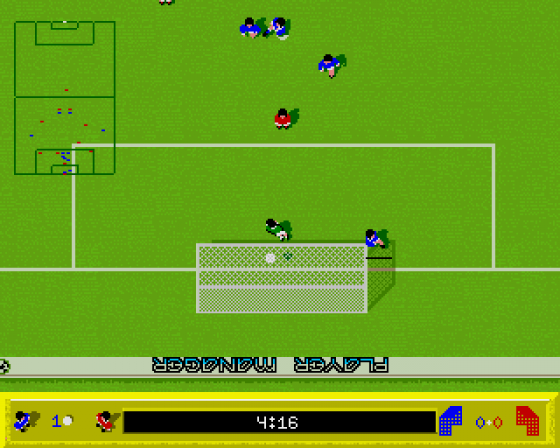 The programmers haven't gone ape over the presentation, but they more than make up for that as far as the gameplay is concerned. The pitch is nothing special (then again, what pitch is?) but it scrolls smoothly, and the players are a tad on the small side but run, kick and foul realistically.

Sound is restricted to crowd noises and the referee's whistle, but as I said the game is good enough to get past all this. The action is fast and furious and glues you to the seat, with a really high level of addiction.

Kick Off is probably the best soccer game on the Amiga at the moment, and it should clean up while everyone is waiting for Microprose Soccer to emerge. 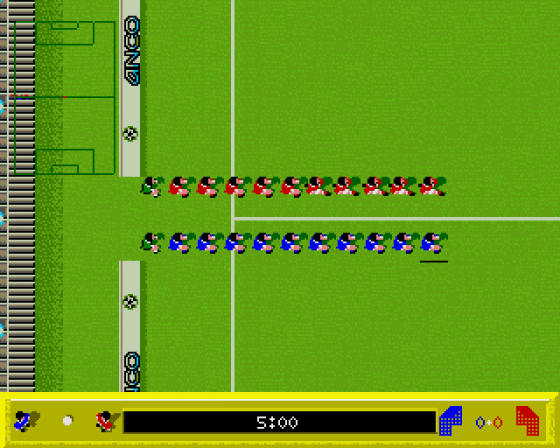 Until Kick Off, we hadn't seen a really ace soccer sim on the Amiga, but Anco have delivered the goods admirably. It lacks aural and visual frills, with titchy characters and average sound effects, but snazz is unimportant when the game is as good as this.

Honestly, we say all afternoon playing this solidly and never got bored once. I think the best part of the game is the unusual control method which Anco have adopted. Instead of sticking your foot whichever way you turn (as in previous soccer games), you must make sure that you're behind the ball - an idea which has proved successful in lifting Kick Off from the Sunday League to the top of the First Division (Corny Footy Phrases Inc.)

Graphics 78%
Uninspiring pitch scrolls well enough, and the small but perfectly formed players rush around with much gusto.

Sound 65%
The sampled effects are limited, but create a suitable atmosphere.

Hookability 80%
The control system takes some getting used to, and there's a distinct lack of pazazz.

Lastability 92%
So realistic, so fun, and soooo addictive.

Overall 96%
Boots all other Amiga football sims over the crossbar. Micro-soccer, watch out!!!

Boots all other Amiga football sims over the crossbar. 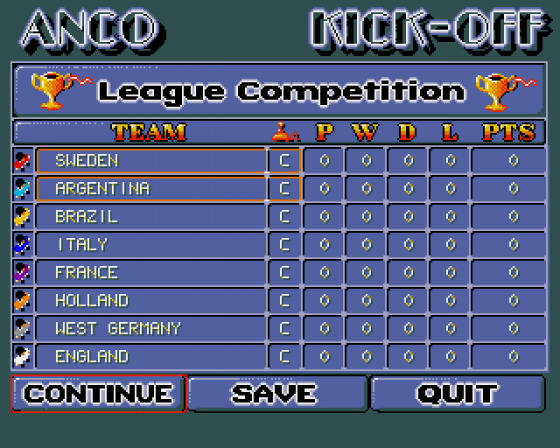 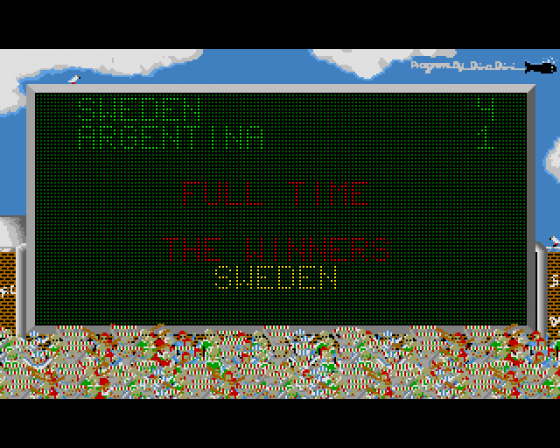