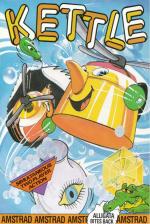 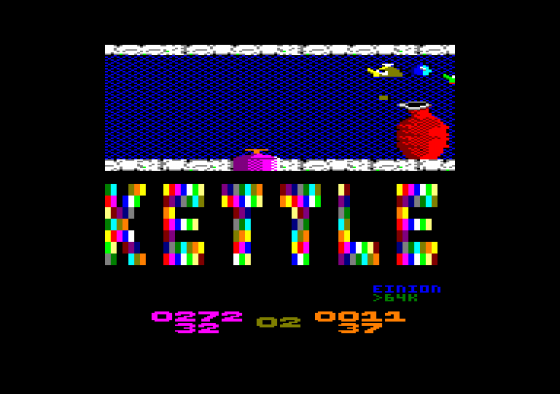 It's hard to find the words to describe this game because it's packed with originality and is very odd. The kettle of the title is what you control. It flies and has to be got out of an underground cave system - what could be more natural?

The most interesting feature of the game is that two players can play simultaneously, viewing the action on separate halves of a split screen. You can compete with each other to get through the game or help each other out if you want to. In the one-player mode the second window disappears.

In each cave system there are 'bowels' which look like leather bottles and spew out blue bubbles from their open tops. The bubbles are the your main danger: when they collide with you they take large chunks off your kettle energy. To deal with them you have a 'crizza', a bullet that orbits the kettle and destroys bubbles on contact. The crizza can also be sent out ahead of you to keep the bubbles from getting close. 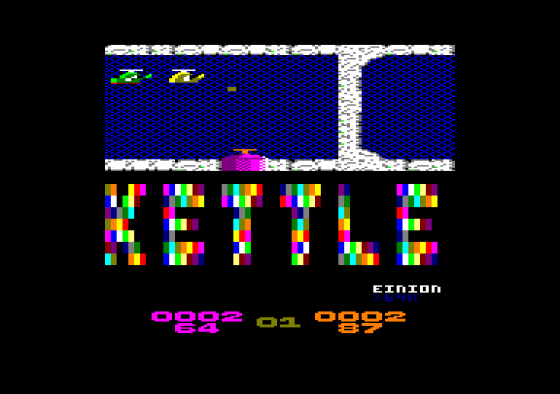 The crizza is also used to destroy the bowels by hitting them ten times to leave a diamond. Hit the diamond while the crizza is in orbit to reveal either a tin-opener (I said this game is odd), alien, bonus points or a jug of water. The tin-opener is what you need to get through to the next level: it opens the lid of a connecting pipe when you approach it. The alien drains energy and has to be shot. The jug of water replenishes your energy.

The cave systems get gradually more complicated and difficult, putting you increasingly at risk from banging into the walls - another way to lose energy. Fortunately you can restart a game at the highest level you reached when you die so you don't continually have to replay the easier starting levels.

The game has many options besides the two-player one that put a bit of variety into the action. The crizza can be made to proceed or retreat, which means it will either stay out ahead of you when fired or return to orbit as soon as it hits something. In one-player mode you can also choose to have the second kettle as a kind of shadow that follows you everywhere and thereby helps protect you with its crizza. There's also a 'flash' command which in two-player mode flashes the bubbles to speed up the action.

There's lots of originality, intriguing options and tough levels to cope with that make the game very interesting. However the actual gameplay of flying around the cave systems destroying bowels will get a little repetitive. The scrolling two-player windows are excellent though, and people who enjoy a two-player challenge should find plenty of enjoyment.

Love the sound - very noisy! - up to the usual Alligata standard! It's a very original idea which unfortunately falls down on the gameplay. The tasks seem rather repetitive, with the scenery changing only slightly as you proceed to deeper levels. In short, this game leaves me cold - I keep expecting something more exciting to happen - perhaps one day?

N. Gameplay can get quite repetitive.
N. The graphics are small and ordinary.

Lots of originality, intriguing options and tough levels to cope with... Flying around the cave systems destroying bowels will get a little repetitive though. 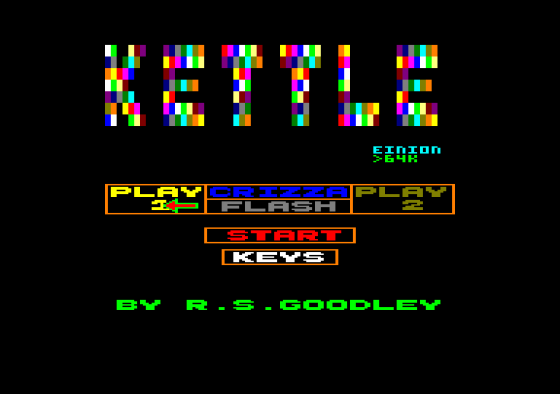