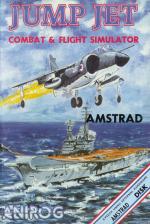 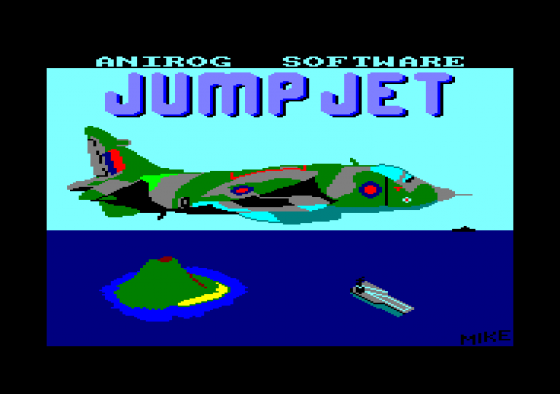 This game was written by an ex-Harrier jump-jet pilot and puts you at the controls of the jet on board a naval carrier. Your mission is to track and destroy enemy aircraft with missiles before they destroy you.

The bottom half of the screen always shows your instrument readouts of radar, altitude, heading, fuel, time, artificial horizon, power, speed, missiles, undercarriage, flaps and vertical take off nozzles. The top half starts as an overhead view of your plane on the deck landing pad and, once in the air, switches to a side-on view of you over the carrier.

Clear of the carrier the view changes to the sea with waves breaking and clouds overhead. An enemy place appears on the radar and you have to lock onto him until he is in sight and then bring him down with a missile before he gets too close and downs you.

N. No tilt on horizon when you turn.
N. When enemy is in sight you can't break away and there often isn't time to get him in your sights before you are destroyed.
N. I couldn't hear the speech claimed on the cassette cover! 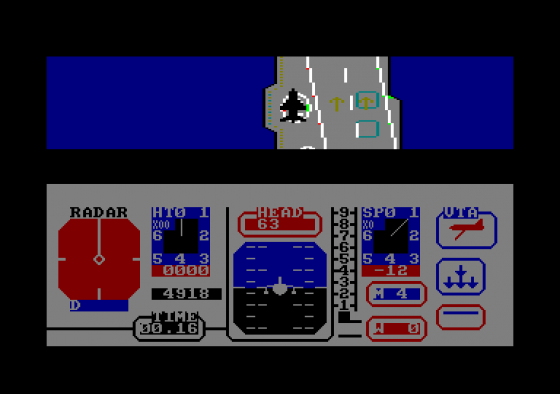