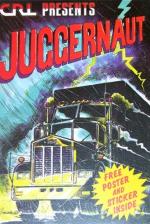 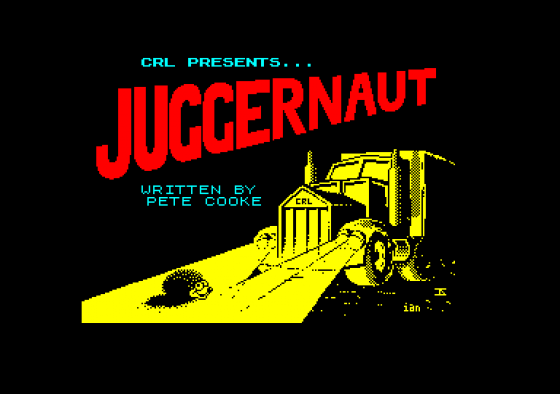 The task is to collect a load of goods in your HGV but it has to be done within the day and without crashing the lorry or running out of fuel. You drive the thundering beast around the maze of city streets trying to find petrol stations, phone boxes and the depots containing the four goods you must collect.

The streets are viewed from above with your lorry consisting of an articulated cab and trailer. You can drive anywhere on the road but there are numerous obstacles if you stray off it and even driving on the grass will damage the lorry, which can be of varying sizes from a six to 15 ton container. The larger container allows you to carry more but is much harder to control. If you need time to get used to this there is a practice driving option.

At the start of the day you are given a target for four goods timber, coal, oil and fruit/veg. You have to collect the required tonnage of each and the profit you've made will be assessed. The goods are located in loading bays spread across the town. Some bays are harder to enter than others but to load or unload goods you only have to have part of the lorry in a dotted zone. 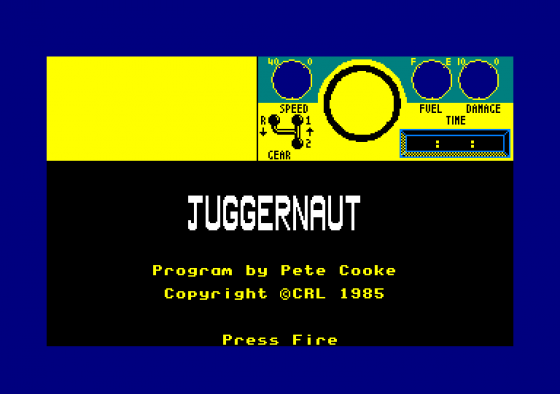 Getting in and out of most bays requires you to master reversing the lorry and this is extremely difficult with the pivot in the middle of it. There are two forward gears allowing you to travel up to 40 mph but at that speed the truck becomes very hard to control again and you can easily suffer from oversteer with such a lumbering monster.

Apart from the four goods bays there are four petrol stations and your home base. The home base is where the goods have to be delivered and the petrol stations are where you can refuel and get damage to your truck repaired. This of course costs money so the less petrol you use and damage you do the better.

When stationary you can examine a street plan of the town which shows you your current position and that of your base. To see the depots and petrol stations you have to be on a screen with a phone which allows you to pinpoint the depot on the map.

The roads are made up of lots of straights, ninety degree bends and crossroads with the occasional roundabout or dead end thrown in. There are buildings, traffic lights, bollards and cones waiting if you stray off the road and these will register a crash and a lot of damage if you hit them. The damage is shown on a little gauge, as is your fuel level, so you know when the game is about to be up. Straying onto the grass also increases the damage but at a much slower rate.

With practice you can master driving the lorry to make quite a compulsive game as you race against time. It plays off the need for great skill and concentration against the need to hurry and get things done as fast as possible. A bit like certain aspects of real life. The graphics are fairly simple and there are just simple screech and bang sounds, but the gameplay is demanding and addictive.

No sweat-stained vest is required to play this game, although I did find that chewing a Yorkie helped my concentration. Steering is very awkward, due to the articulation, but if you get on an open stretch and get your foot down there's a feeling of great power - especially when you deliberately plough through a load of buildings. Driving a juggernaut is fun, but I doubt if many people will want to stay on the road for a long time.

P. A very demanding task.
P. Once the control is learnt it's satisfying driving around.
P. Good details included like gradual damage, gears, phones and reversing.
P. The depots are randomly placed making a new game every time.

N. Graphics and sound are simple.
N. Control can be difficult, sometimes frustrating.
N. May not have a very long term appeal.

Driving a juggernaut is fun, but I doubt if many people will want to stay on the road for a long time. 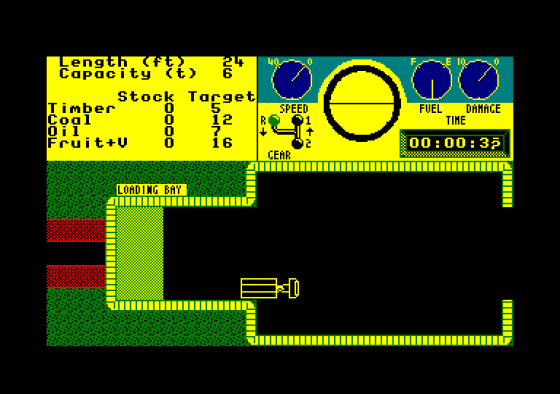 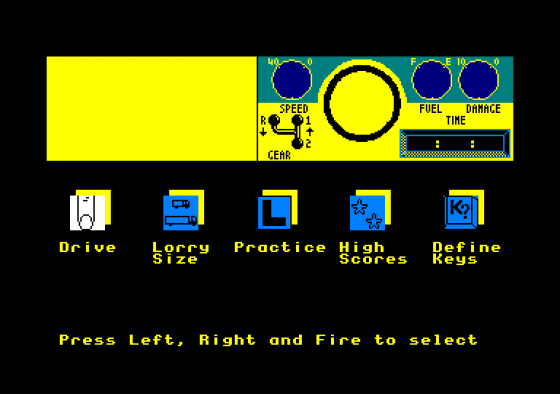 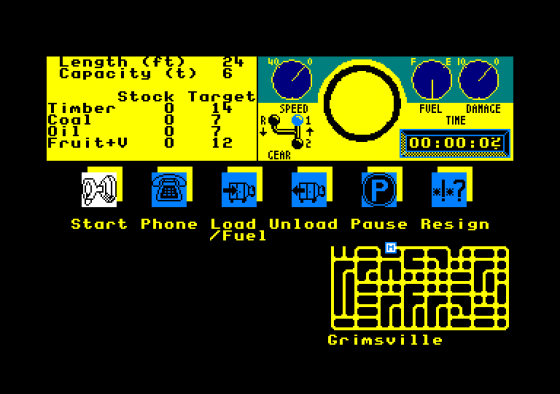