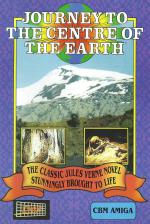 The highly intelligent amongst you will recall that Rainbow Arts is a German-based company that has been turning out some not-at-all bad games. That's the good news. The bad news is that it has also been causing poor old US Gold fifteen different types of hassle by making some of these games a bit too much like certain other games we could all mention (Great Giana Sisters/Mario Bros, Katakis (Denaris)/R-Type.

More good news - there won't be any trouble with Journey To The Centre Of The Earth, as it's based on a novel by dead French author Jules Verne and is out of copyright.

The scam is that Prof Lindenbrok, his nephew Axel and sherpa Tensing or somebody, have just come back after three months mysteriously away. They claim to have been to the centre of the Earth. Cor!

Now being a sceptical type, you require further proof from them - and persuade them to go back, with you, and show you the way down. (You, by the way, can be one of four scientific types Profs Gunnarson, Bourdon Rutherford or Rossi - each with different characteristics... for instance - Bourdon is a fit but clumsy Biochemist/Minerologist (and a smoker) while Rutherford is a whizz with the rocks, but is old, slow, yet enjoys wine.

Anyway, having made your choice, it's off to the Sneffels Volcano, Iceland and down the 3,000 ft Sneffels Chimney. *When suddenly*... you swap discs and have a 25 second load (ST).

This now brings you to one of the four arcade sequences that you will run into during the game. There is a ramp zig-zagging its way up the screen from bottom right to top left. You control your figure left/right up the screen, avoiding the boulders and rocks which fall, without warning and in great numbers, from the top of the screen. If you get hit, you don't die - you lose a bit of physical strength. Get hit a lot and it's the big Game Over.

If you make it, you find that you have been separated from the rest of the party and now have to find your way on your own to "The Centre of The Earth"! Now, up to now, the game has been bits of sampled sound, good-looking digitised screens of vast vistas across the windblown tundra, that kind of stuff. Neat.

What happens next is the meat of the game - and it's a bit thin. There is a main playing screen with a map of the earth's core on one side, icons along the bottom and a picture of you and movement cursors on the right.

You have to move around the core clicking on the cursors - each move you make takes up time and you get a short text description of the current location. Sometimes a random event occurs - usually bad, sometimes you have to traverse an arcade section (either the rocks, a bit where you have to avoid woolly mammoths stampeding down a narrow passage and another bit where you beat off Terradactyls with a stick. None of these arcade bits will excite you for the simple reason that they're rather dull.

There's another bit where you wander round the bottom of the screen trying to catch drips of water to replenish your supply, but it doesn't help. There are more digitised pictures but lovely pictures do not a great game make...

Great concept - trying to mix strategy and arcade - but JITCOTE is sadly let down by uninspired gameplay, such that even at £19.99 it probably isn't worth making that epic Journey down the End of the Road to the software shop. Roll on, OutRun Europa...!

Ambitious mix of Strategy and Arcade let down by thin gameplay. Sampled sound and digitized pics show that Rainbow Arts were trying but there is nothing else of interest to the hardened gamesplayer.

Same not very wonderful game, but with slightly better-looking graphics and some better sound.

Nice-looking CGA (for once not using the blue and purple palette) and decent EGA but deficient in gameplay stakes.

An ambitious mix of strategy and arcade let down by thin gameplay. 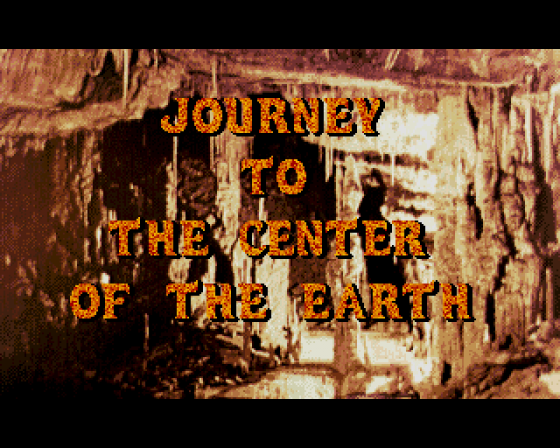 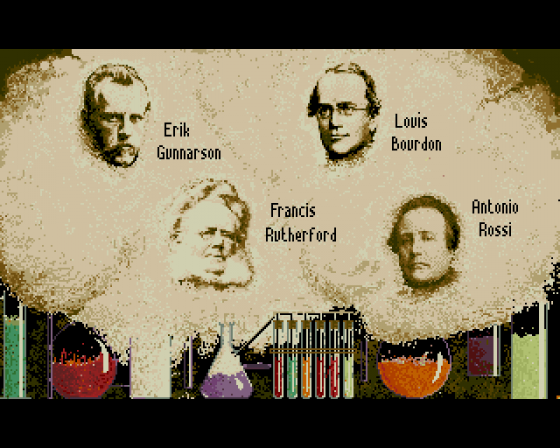 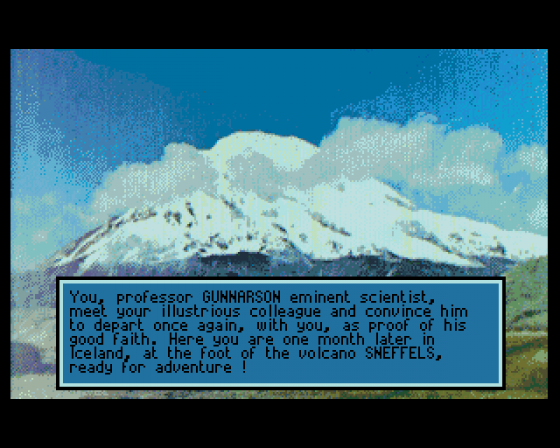 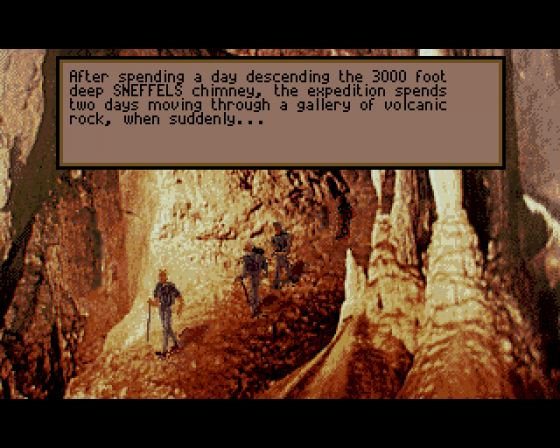 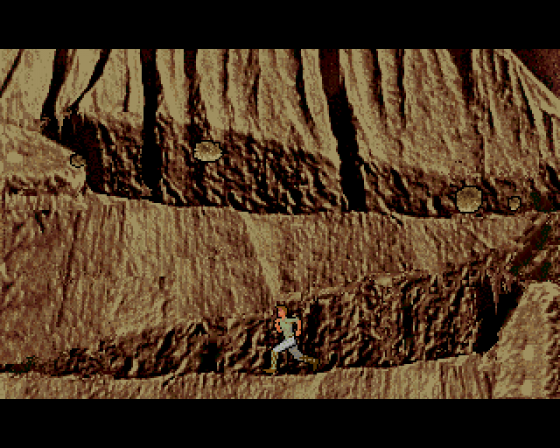 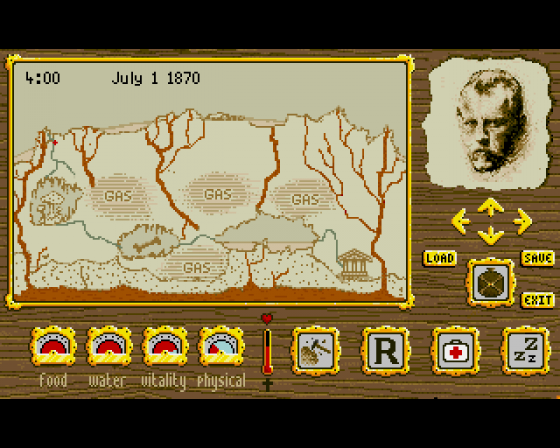 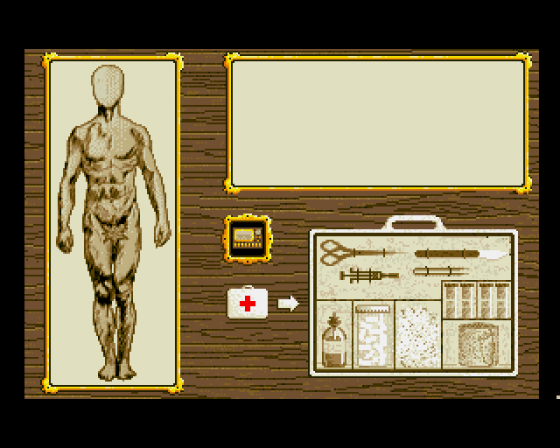 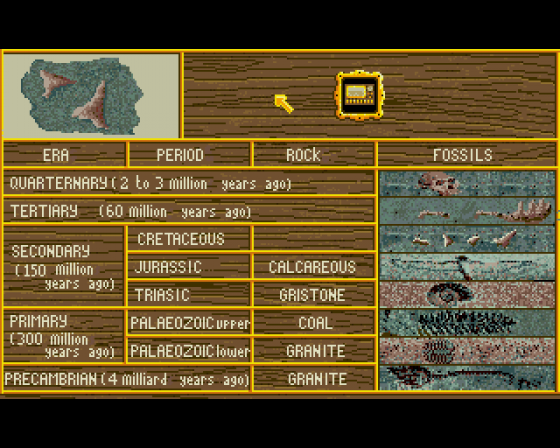 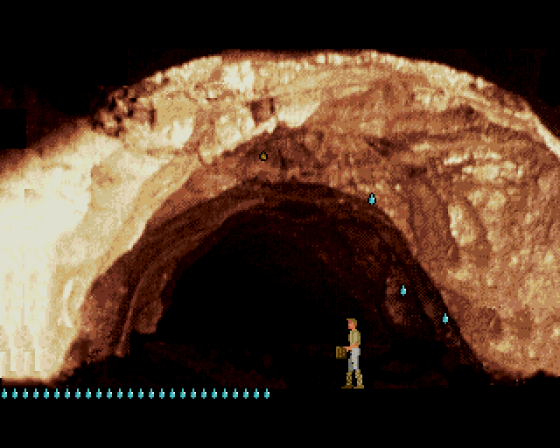