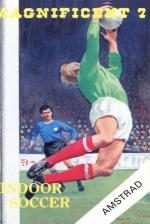 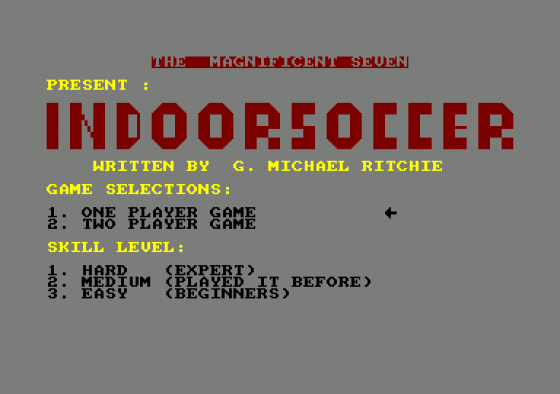 Having hung up their cowboy boots and six guns, the Magnificent Seven have turned to software and come up with a couple of sporting simulations. Indoor Soccer is a version of five-a-side football and very reminiscent of Ocean's Match Day, but doesn't live up to it in many ways.

The action takes place on a large left-right scrolling pitch with five players on either team, one of whom acts as a goal-keeper. You can play against another player or the computer, which has three skill levels. The game takes place over two five minute halves, the teams changing ends at half time. 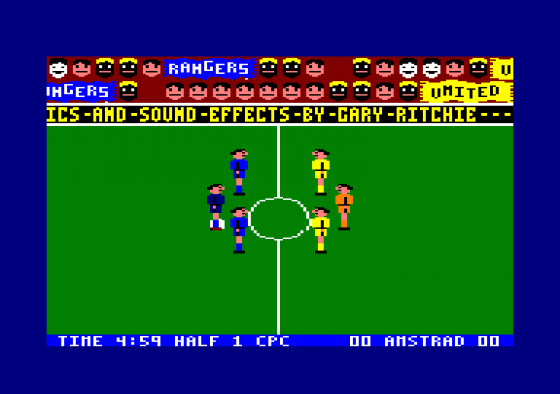 The edge of the pitch is blocked by boards which the ball bounces off and you can't get it in the air. When the goal is threatened the keeper can be moved up and down to block the ball, bouncing it out for any player to collect it. Against the computer, the gameplay is rather simple, although it is a tough opponent on the second and third levels. The graphics and sound are very ordinary with a very funny looking crowd. Certainly not much to shout about here.

Gruesome scrolling almost prevented from playing this: but I persevered and almost enjoyed it. At the end of the day, though, David, it's not a very skillful game.

Gameplay is pretty poor, and the graphics are diabolical. And why do the crowd all support Rangers?

Nothing to complain about here. Nothing to get excited about either.

The graphics and sound are very ordinary with a very funny looking crowd. Certainly not much to shout about here. 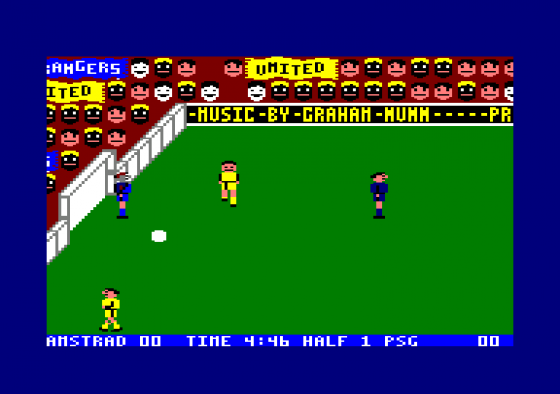