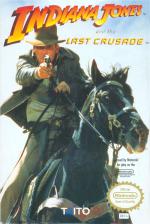 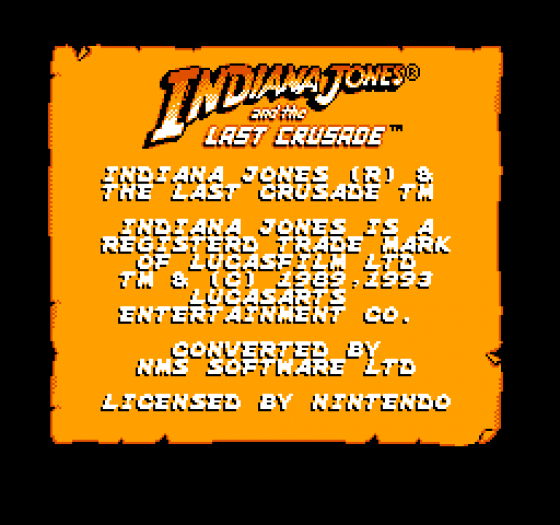 He's back, and he's brought his dad - again! Indiana Jones, archaeologist, hard guy and star of three money-raking movies, is out to find the Holy Grail, the fabled receptable of the blood of Christ, and nothing's gonna stand in his way!

Following the plot of the film, the game starts off on board a ship, through which Indy has to fight off hordes of fist-fighting thugs in order to retrieve the Cross of Coronado. Once successful, Indy receives a telegram from his friend Sallah telling him his father has been kidnapped, and taken to Castle Brunwald. Does Indy travel to Germany and rescue Daddy Indy, or go to Vienna and continue the search for the Grail?

You have to make that decision, but bear in mind that following one pathway means you miss out on whatever perils, or goodies, are in store on the other route. 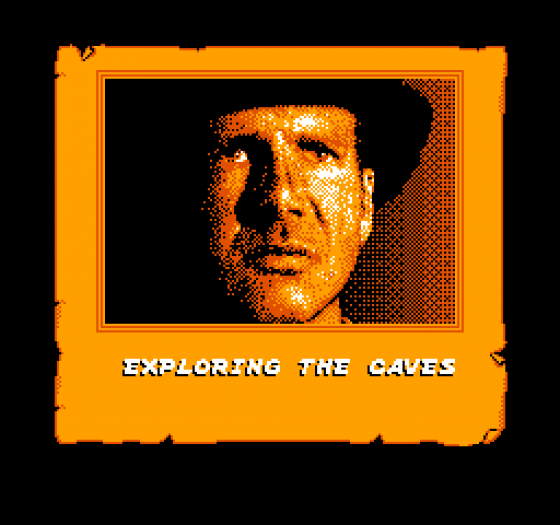 The mix of arcade action and decision-making is more reminiscent of a Cinemaware game. The castle scene, for example, is a massive maze, with secret entrances and traps galore. The desert section in which Marcus Brody has to be rescued from a Nazi tank before it goes off the edge of a cliff is also in, and there's even a motorbike sequence, in which Indy has to avoid traps, gun emplacements and enemy riders!

I've always been a little sceptical of console "adventures" in the past, but Last Crusade completely blows away any cynicism I might have had [Ooh, you're such a hard man to please - Ed]. The feel of the game and the fact that it sticks so closely to the movie makes playing feel like watching the movie unfold.

The graphics are great, with buckets of colour on both the action and inter-mission screens, and the sprites whizz around the screen at a great rate of knots. The main tune is a very nice rendition of the title theme, and there's lots of nicely done spot FX thrown in for good measure.

Indy walks and runs around like a thing possessed, punching, jumping, kicking and whipping, and is very well animated indeed, as are all the sprites. The game is so involved, but allows you to skip around certain parts of the game, so you can dictate how the difficulty curve escalates!

Quite frankly, this has got to be one of the best Nintendo games to date, and you'd have to be an utter pillock or someone who absolutely hates Harrison Ford to miss it.

This has got to be one of the best Nintendo games to date, and you'd have to be an utter pillock or someone who absolutely hates Harrison Ford to miss it. 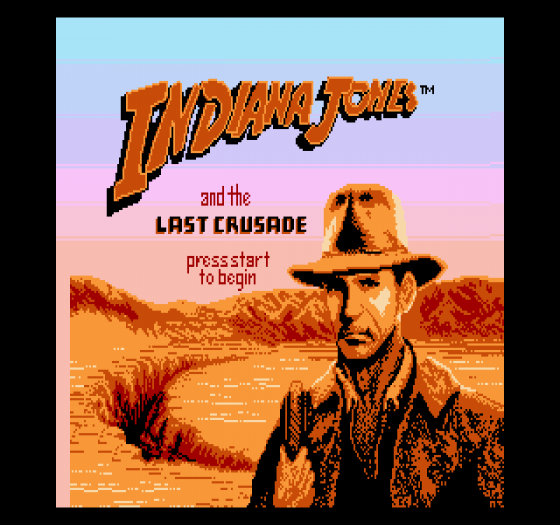 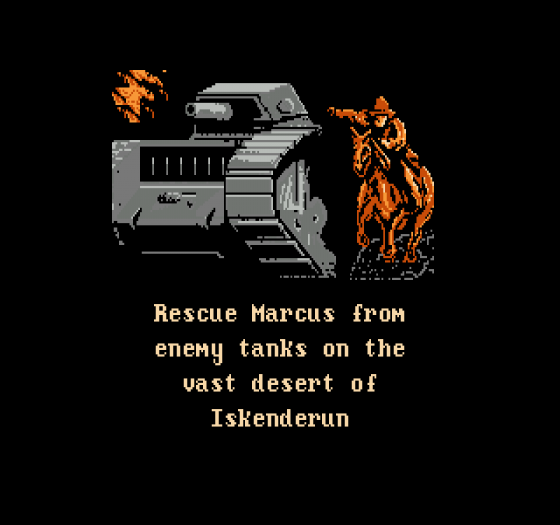 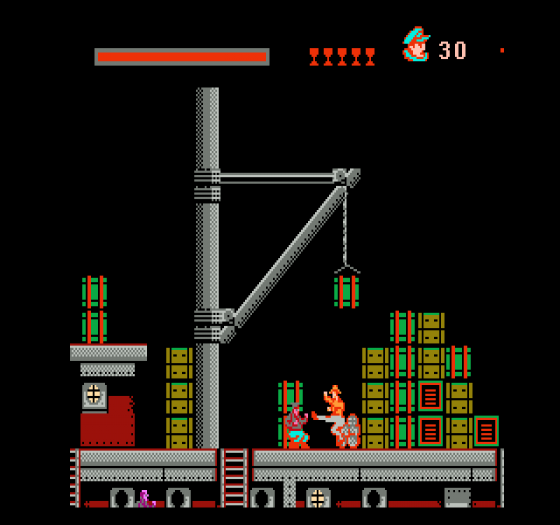 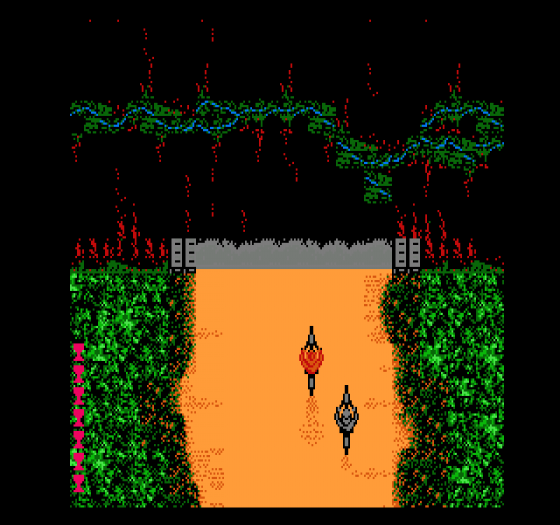 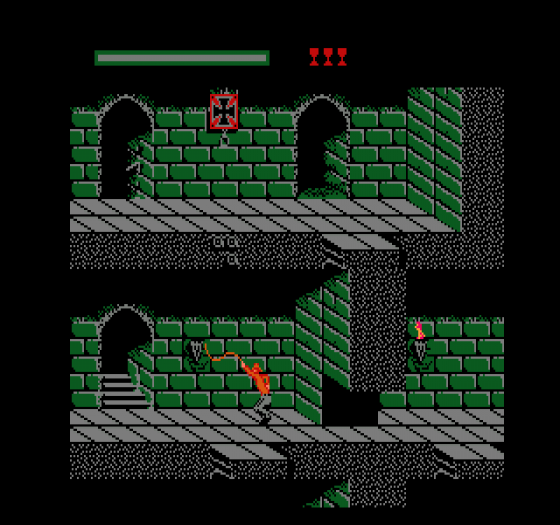 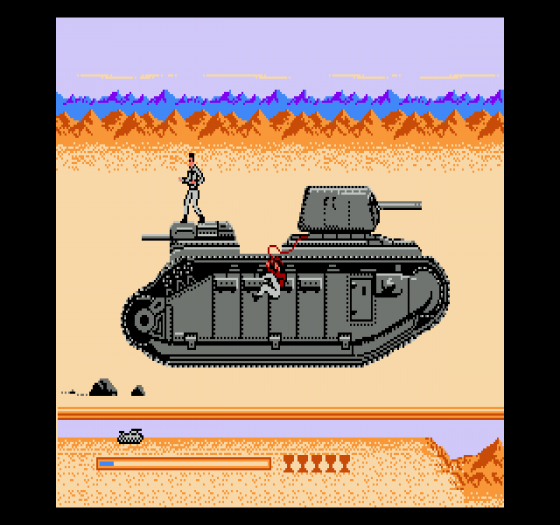 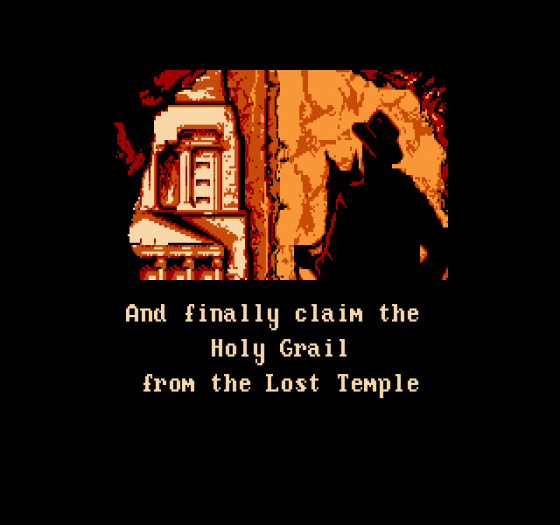 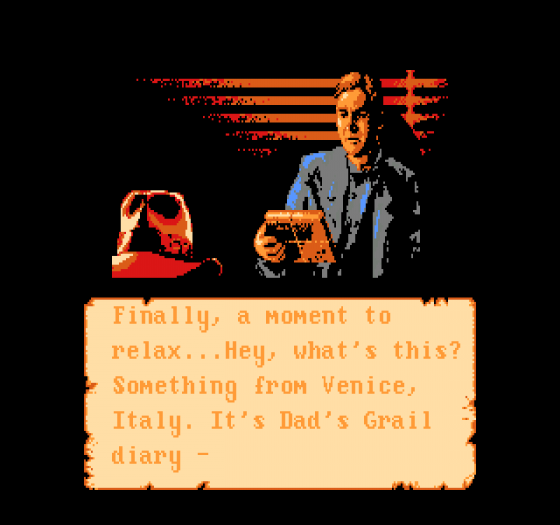 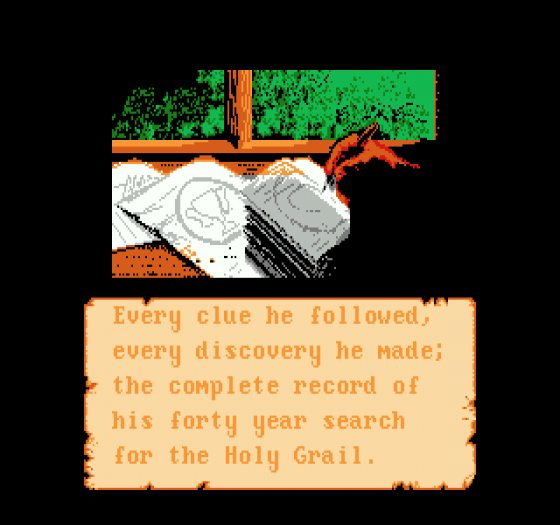 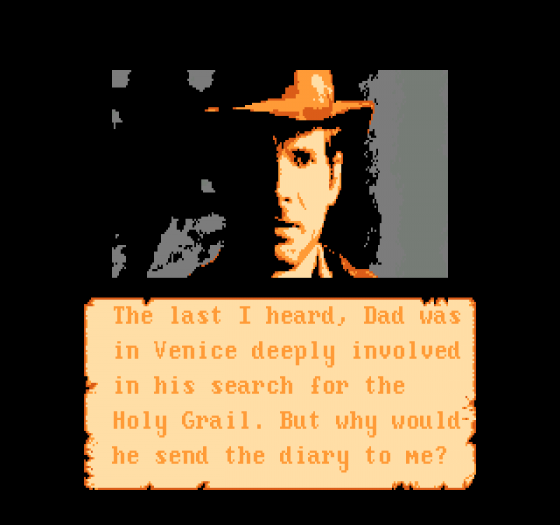