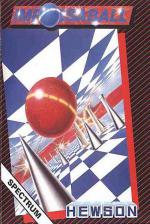 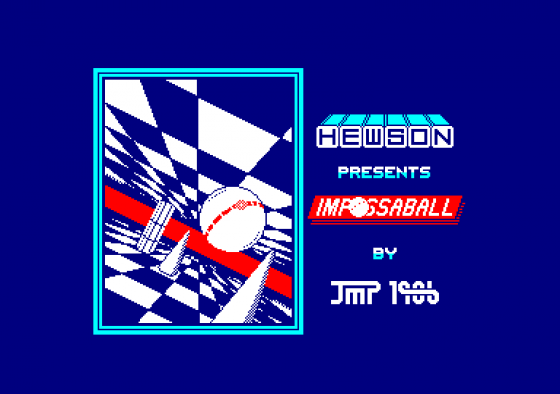 The aptly titled Impossaball is the latest ball game to bounce into view. The trend began with Gremlin's Bounder and since then balls and marbles have been bouncing and rolling from one hit to another. Now Hewson has added its own brand of magic that inspired classics such as Uridium, Quazatron and Paradroid to Impossaball to add extra bounce to a favourite format.

The object of the game is to complete each corridor within a tight time schedule by bouncing on top of an increasing number of cylinders that are set in the ceilings and floors. 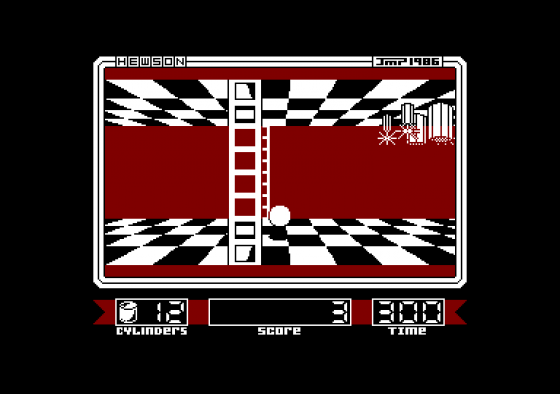 Hit the first cylinder, it disappears and you're closer to completing the first corridor with the misleading title "nice and easy". It certainly isn't because the cylinders are all surrounded by spikes and guarded by patrolling plasma fields.

The spikes sit on top of harmless columns of various heights to test your bouncing skills. Unfortunately, they seem to have a magnetic draw and have attracted many a ball to destruction in mid-bounce.

The plasma fields patrol along sections of the corridor either on the floor or the ceiling and seem to be just in the wrong place at the wrong time costing you another of your four lives.

The secret of success naturally lies in ball control which you can practice before you cross the starting line, thus starting the clock. If left alone, the ball bounces just off the ground. Pressing the fire button gives it extra bounce until four presses later it's bouncing the full height of the corridor. Release the button and it soon sinks back again. Once in the air, you have almost total control of the ball so you can make it land almost anywhere you want. So, with practice, you should be able to bounce onto a cylinder completely surrounded by spikes. However, as with all the best arcade games, Impossaball is played in a state of controlled panic.

By Level Two things are even tougher with the inclusion of two more nasties. "Playing With Fire" naturally includes an awful lot of fire in the form of flames that either patrol like the plasma fields or leap out of the floor or ceiling to engulf an unwary player. The second addition are flashing pads positioned under crucial hanging cylinders. If you bounce on them while they're flashing, you actually get some bonus time but then they stop flashing, becoming deadly and yet another thing to avoid. Complete that corridor and you've only got another six to go. You do get more time (500 seconds, 200 more than level one) but you have almost twice as many cylinders to clobber.

Impossaball features Hewson's usual high standard graphics with full 3D and perspective displays of the ball, its shadow and the spikes, flames, cylinders, flames and plasma fields in the corridors. The Spectrum's colour problems restrict the screen displays to only two colours, and so the Amstrad screens look brighter but the game remains the same.

Impossaball is the debut game of yet another ace Hewson programmer who will find it a tough act to follow. Perhaps as hard as the players will find his game or as hard as resisting to use the obvious cliche: "This game's impossible!"

The debut game of yet another ace Hewson programmer who will find it a tough act to follow.