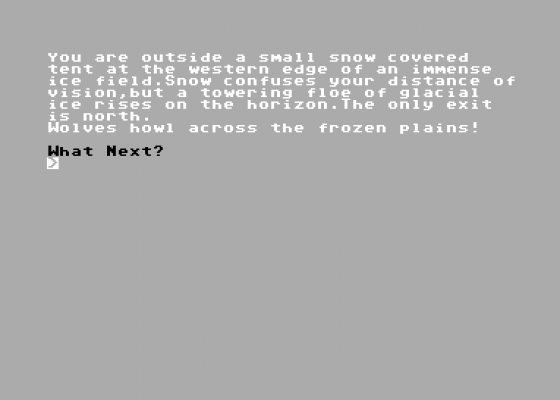 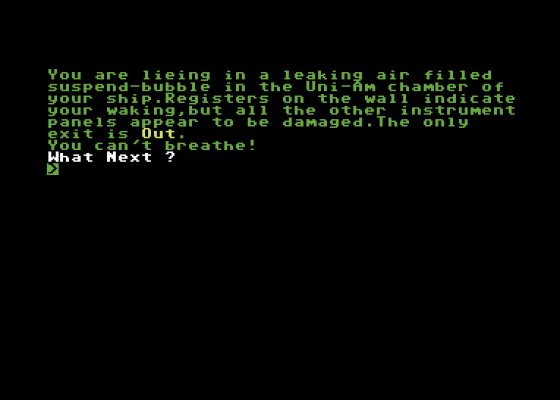 It may seem a bit odd to group three games together in one review, but in this case there's a good reason. They're all from the same software company, simultaneously released at the same budget price (£2.50), and all "Quilled", which gives them a certain je ne sais sameness.

There's no doubt that we have a lot to bless The Quill for - Hampstead and Terrormolinos and a couple of good examples of Quill-orientated games - and of course it's brought pleasure to hundreds of DIY adventurers. The real value of the program, however, has been to demonstrate that it's ideas that make a good adventure, not fancy programming - so if you're going to go out into the street (as the Eighth Day are doing) you've got to be pretty sure they're overflowing with original material.

The three games mentioned here are a pretty mixed bag, however. I didn't get much satisfaction out of Ice Station Zero - even considering the budget price. The plot is a bit half baked and has you zooming off (or struggling off, rather) across the Arctic ice cap to stop a terrorist from blowing up the world. Some of the puzzles are quite original and some of them are also extremely tricky; however, I was conscious only of a distinct lack of thrills when playing the game. You might disagree, and I don't suppose for £2.50 you aren't risking too much to find out. Don't of course, expect any graphics, or hundreds of locations - but then you're not paying for them are you? 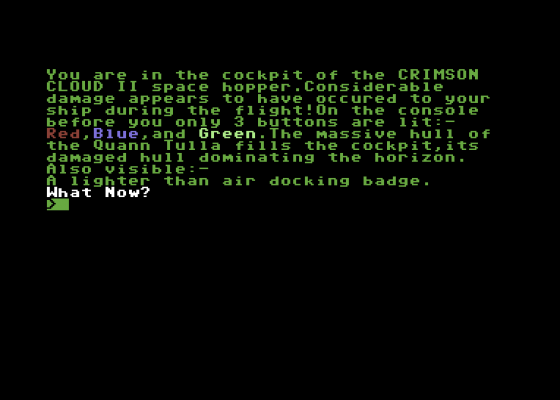 Faerie is a bit more interesting - it's a whimsical combination of Midsummers Night's Dream, Ancient Magic and Middle Earth, and has you escaping from bulls, waving wands and tripping in and out of Fairy circles in your search for treasure. As a Wizard with an eye for all that glitters, I found this one more to my liking. It also seemed to have a bit more to it than Ice Station Zero, and the puzzles, while tricky in parts, were more logical and better devised.

Quann Tulla throws you into a far off world where you must juggle with Limpetbombs, Droids and Speaktalk machines as you attempt to strike a blow for freedom against the usual malevolent Empire. There seem to be a large number of puzzles in this game, though most of them were concerned with using objects in a certain way, as opposed to Faerie, which did have a bit more emphasis on how you behaved.

On balance, I reckon Ice Station Zero is the weakest of these three, and probably not really worth the pennies. However, if you've got three pound coins in your pocket then you might be tempted by Faerie or Quann Tulla. I certainly wouldn't complain if I found one in my stocking on Christmas day.

Some of the puzzles are quite original and some of them are also extremely tricky. 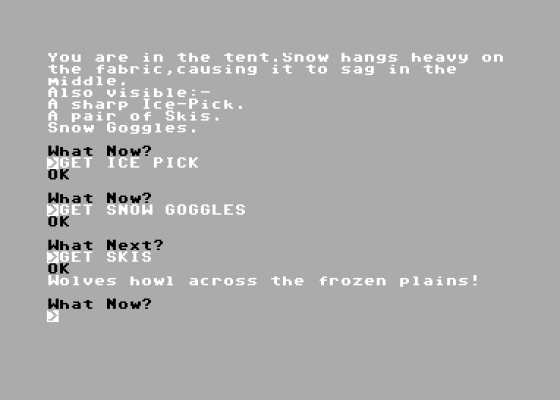 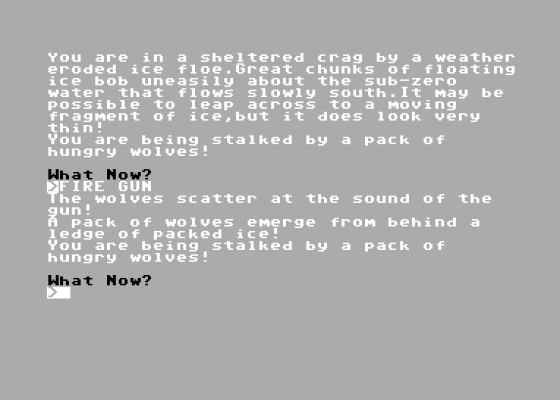