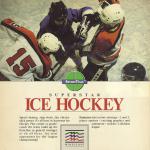 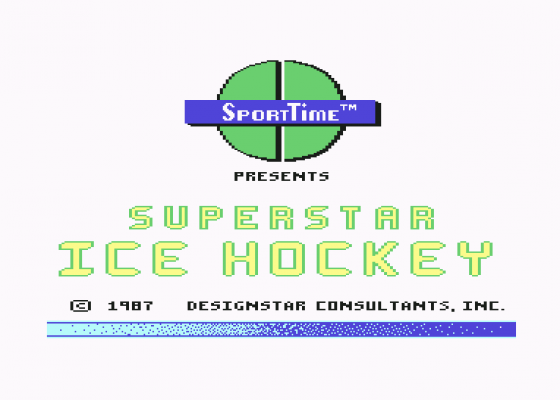 I don't know much about hocket and can't get all that worked up about picking winning teams. But I do like a good, action-packed game. And this Mindscape import from Databyte is a goodie.

Within a few minutes I was slip sliding away, getting into the thick of the action. I even managed to get myself sent off two or three times for hacking away at the opposition. Okay, I admit I wasn't near the puck but being forced to sit out while valuable playing seconds tick by is very frustrating. Unfair!

The program enables you to be player, coach and manager. So if you're power mad and hungry for God-like authority, you should find plenty to please here. 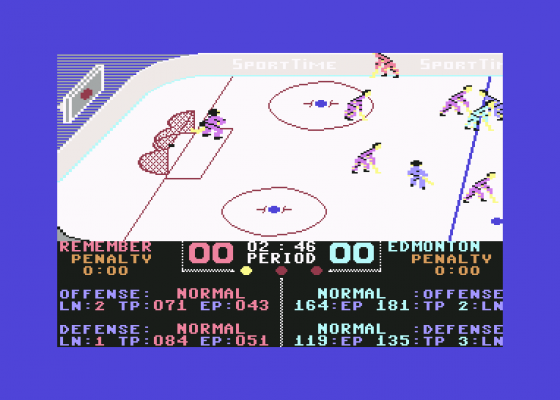 On the ice you have to choice of being centre or goalie. I preferred the centre, giving me chance to roam far and wide and get involved in the action wherever it was. The player you control is highlighted in a different colour to the rest of the teams. The play is fast, smooth and fun. I particularly like the way the players skate about, heads turning this way and that to see what's going on.

The play is also pretty realistic. You make slap shots, block, pass and check with your hips.

Your team can compete in league, division and conference championships, heading ultimately to the Sport Time Cup series. Playing the part of manager/coach you can trade or recruit new players, hold training camps and plan strategies.

The trouble with all this option chasing and team management stuff is it slows the game down. It would have been better if they had used the memory for better arcade-style play - with some elements of beat-'em-up. After all, ice hockey is probably more suited to flying fists than karate.

The play is realistic, fast, smooth and fun. I particularly like the way the players skate about, heads turning this way and that to see what's going on. 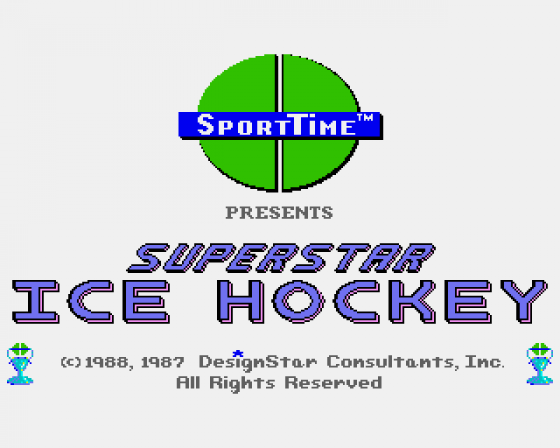 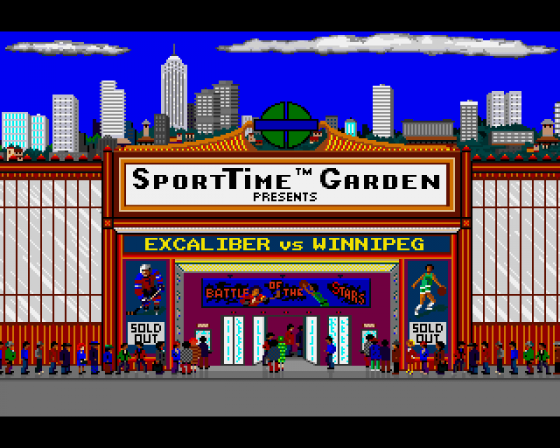 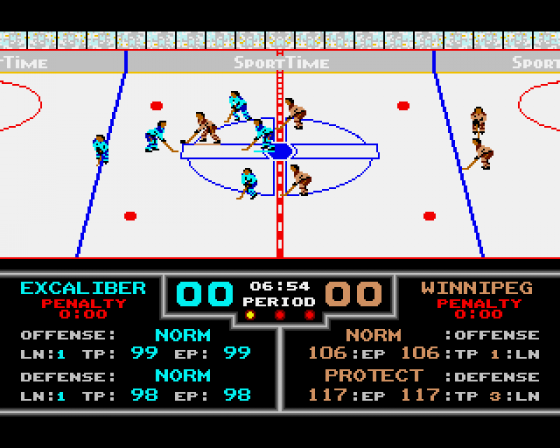 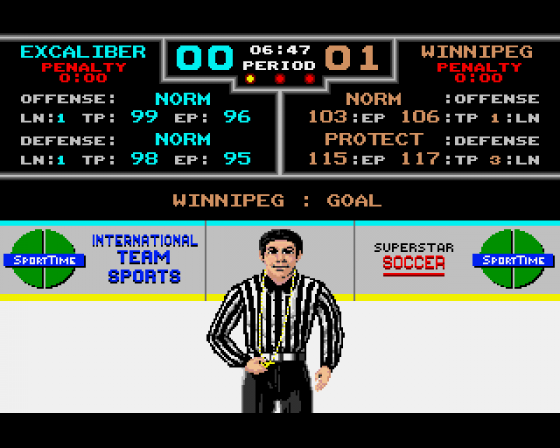 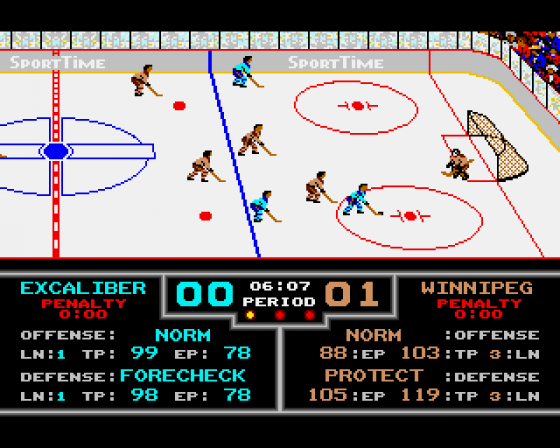