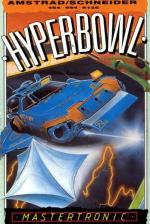 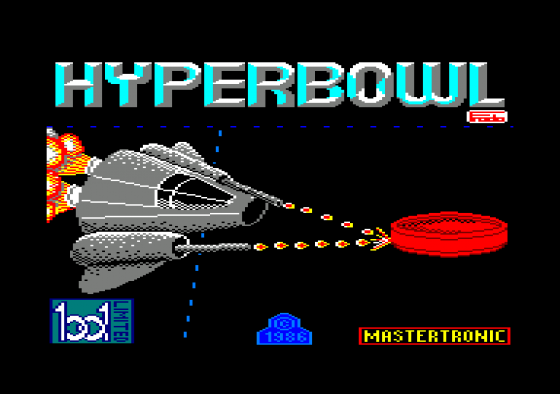 Simple two-player games made quite a come-back in 1986. The trend is continuing with yet another game, but this time in the budget bracket. Room Ten and Xeno were both interesting head-to-head contests. Now we've got another space-age contest involving two players and a puck.

The game takes place on a rectangular play field with a goal near either end. The puck starts off in the middle of the field with a ship either side of it. The ships must shoot or bump the puck through the opponents' goal for two points or onto the back wall for one point. The bottom of the screen shows the score and a radar view of the puck and the two ships.

Ships and puck are drawn with vector graphics, very reminiscent of an old Asteroids game. There are 10 different ships to choose from, each behaving slightly differently. But the task is always the same: out-score your opponent.

You can take on another player or the computer, which puts up very stiff opposition on any of its three skill levels. When playing against the computer you really are up against it. because it fires so much faster than you -it can blast bullets m the puck's direction and overwhelm you if you're not careful. Well-placed bullets and nudges with the ship can overcome it but it's always a long, hard battle.

Gameplay is complicated by the behaviour of the ships. They can accelerate forward, brake to a sudden halt and spin around. The difficulty in controlling them stems from their inertia and occasional strange movement. In effect the craft suddenly accelerate rapidly and then bounce back as if striking a wall. The only way to stop it is to move in another direction. None of the ships is easy to control at first, but they vary in speed and manoeuvrability.

Some ships are also armed with homing missiles that automatically head for the puck, but the action is usually so hectic that their value is limited. Much more useful is ramming the ship into the puck at full speed to blast it across the play area.

You can play single games or take part in a tournament against the computer, where you have to defeat five players of gradually increasing skill level.

The graphics aren't very impressive but there's some good music on the title screens. Two-player games can be very competitive. Against the computer it's a constant battle to stay in contention. Should prove very popular.

If you enjoy hectic gameplay, a jolly tune, two-player games, awkward directional controls, a £2 price tag and a satisfying blast, then what more could you want...? Hyperbowl has it all!

The graphics aren't very impressive but there's some good music on the title screens... Two-player games can be very competitive. 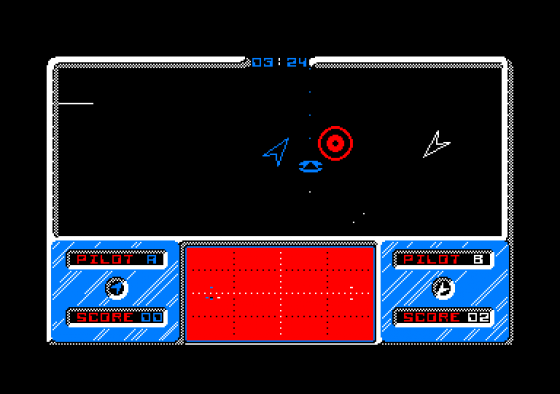