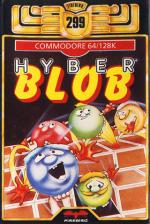 In this oddity from Firebird, one or two players attempt to keep a group of blobpods, small leaping faces, constantly moving from left to right along a horizontally scrolling landscape comprised of blocks. This sounds a little on the simplistic side, but the pods must always bounce on solid ground - when a gap is reached they fall off the bottom of the screen and die.

The action is controlled with a cursor, which picks up blocks from one part of the landscape and drops them over gaps in another. As well as avoiding gaps, there are killer blocks (which vaporise when a blobpod passes over), immovable blocks (which speak for themselves), and mutant blobpods (which eat blocks away) to watch out for. To add a little more pressure, the task of moving all the blobpods from the left side of the 'squarescape' to the right is played against a time limit!

Although Hyber Blob is great fun to play, and gets very challenging later on, there's little variety in the gameplay - consequently some players may become bored rather quickly. If you like reaction games which require plenty of very quick thinking though, try it out.

If you like reaction games which require plenty of very quick thinking though, try it out. 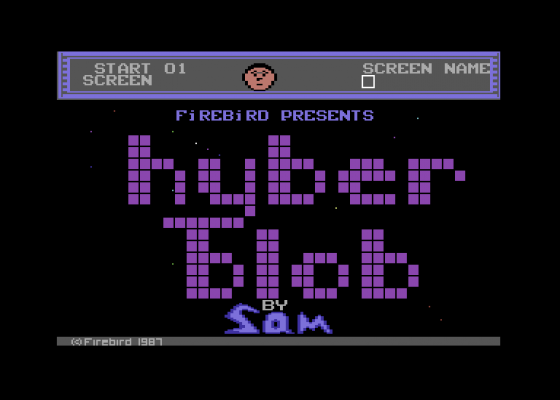