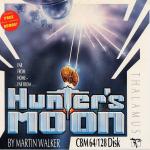 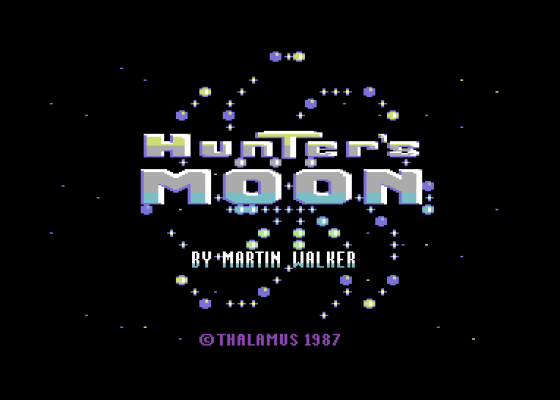 After pilotting the starship 'Hunter' too close to a black hole, the player finds himself transported to a different sector of the Galaxy - a strange region filled with cellular hives, inhabited by worker cells and ruled over by shimmering star cells. The only way home is to negotiate the entire alien system and return to the black hole.

Every system is divided into levels, each containing up to three star cell. One flashes when the Hunter enters the level and yields a loopspace co-ordinate if collected within eight seconds. If the player collects four flashing cells within the time limit, he moves onto the next, more complicated system. If the time limit expires before the flashing cells are picked up, every star cell within the system has to be collected before the player progresses.

Surrounding each star cell is a deadly hive, which is blasted to allow Hunter access to the cell. However, the hive is continually monitored and reconstructed by the worker cells who traverse the structures. Worker cells are invincible and cause the ship to explode on contact, and they also release spores which are similarly dangerous. The Hunter has three shields which offer protection from spores, but are only effective for one level. 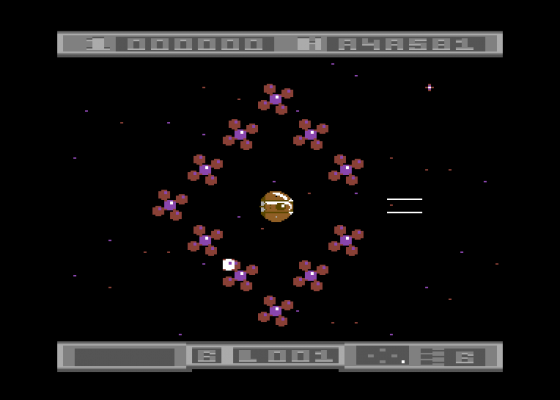 Between each system is a bonus screen where the player protects the Hunter from attacking cells who shoot spores. An extra shield is awarded on entering loopspace, and successfully fending off all attackers rewards the player with another ship.

A drop-down menu may be accessed during play, and allows the player to change the engine (there are three, each giving a different control method), after the colour of the ship and initiate the loopspace trainer, which presents a controllable light-show of psychedelic Colourspace-style patterns.

I'm always a sucker for shoot-'em-ups, especially when they're as good-looking, innovative and as challenging as this. The gameplay is unusual, and requires a mixture of quick reflexes, lateral thinking, co-ordination and shooting to survive. 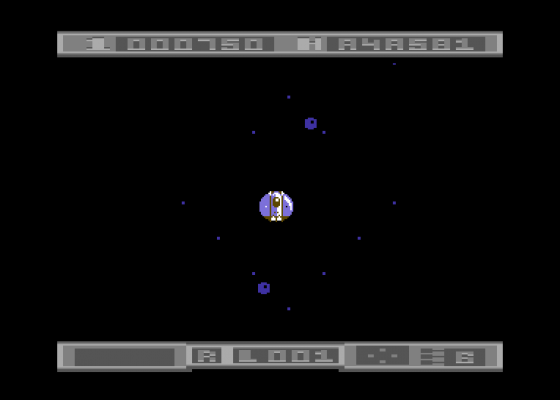 Although the going is tough, the action is very, very rewarding and keeps you coming back for more - especially when you discover a new part of the alien star system. The graphics are superlative throughout, with stunning use of colour, and the effects and sprites are simply incredible - the psychedelic patterns between waves and in the 'Off Duty' mode are fabulous.

The sound is also excellent, and the whole program is superbly presented. Martin Walker must have stretched his imagination to its limits programming Hunter's Moon - buy it and stretch yours.

Martin Walker had a tough act to follow with Stavros Fasoulas' first Thalamus releases, but he's managed a first class job with Hunter's Moon. The strong initial appeal lies in the gorgeous graphics, which are extremely effective and a real pleasure to watch - especially in the loopspace trainer mode. 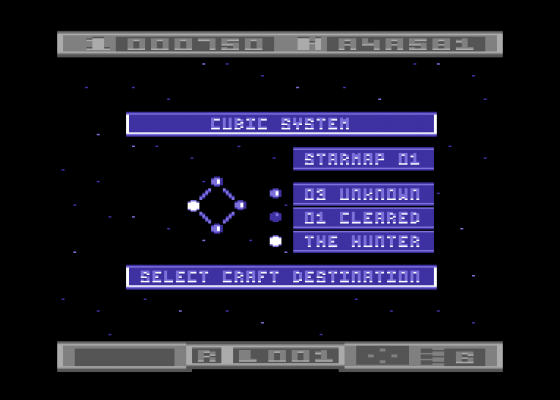 The use of colour throughout is superb: on many occasions it appears that the C64 is supportning more shades than possible! I was also surprised by the speed at which everything moves: the loopspace sub-game is brilliantly hectic!

The overall gameplay is fairly simple, but each level requires a subtly different strategy - later levels provide mazes and puzzles rather than straightforward blasting.

Hunter's Moon is wonderfully presented (although the instructions are a little lacking) and should present a tough and lasting challenge. 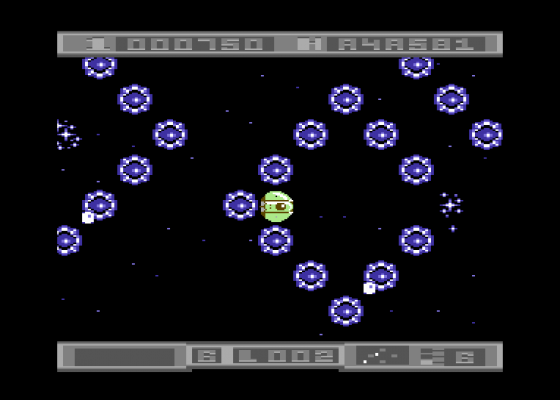 Presentation 92%
A huge list of options and superb in-game presentation. The instructions are a little confusing, though.

Graphics 96%
Stunning cellular constructions, with superlative use of colour.

Hookability 88%
The game is difficult at first, but the control can be altered to suit, and the lure to continue is strong.

Lastability 89%
Plenty of long-term entertainment, with 128 levels to conquer.

Overall 92%
An unusual puzzle/shoot-'em-up, which may not appeal to everyone, but comes recommended nonetheless.

An unusual puzzle/shoot-'em-up, which may not appeal to everyone, but comes recommended nonetheless. 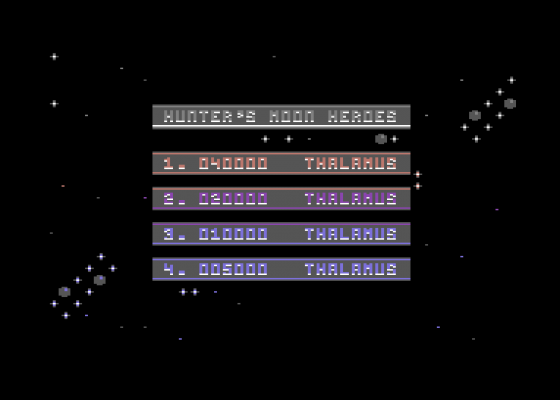 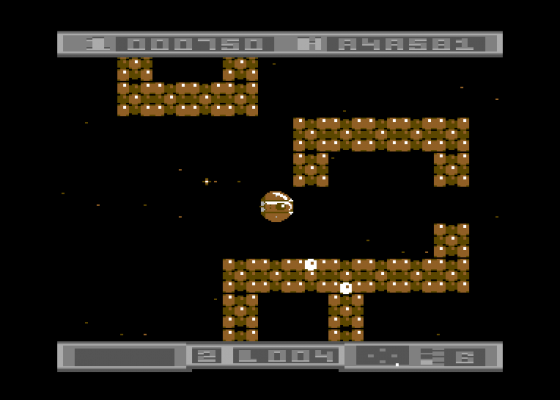 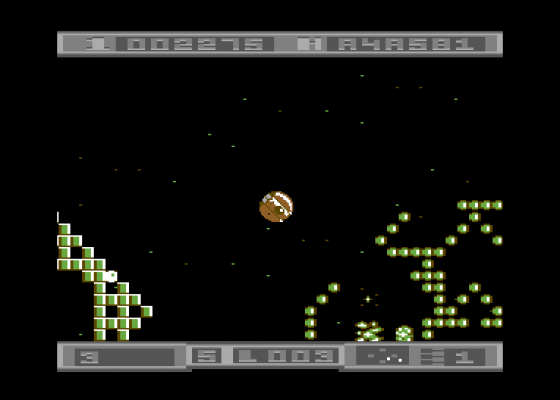 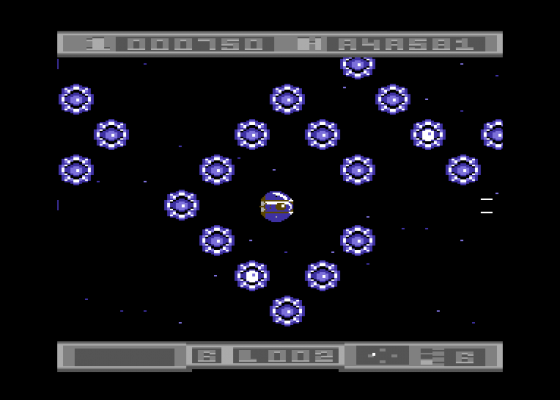 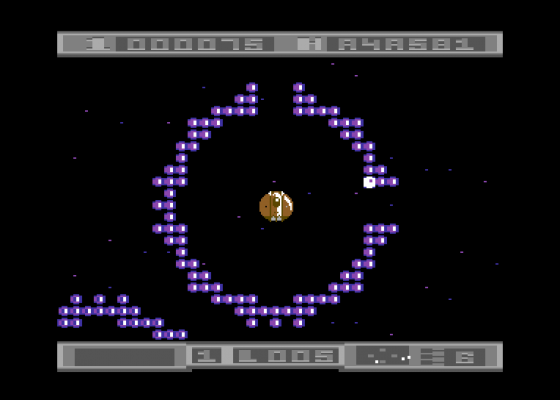