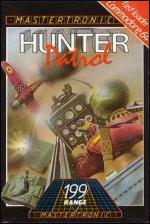 Mastertronic have gone back in time to set the scene for this, their latest game. You take the seat of an old World War II prop aeroplane supplied with the mission of flying deep into enemy territory, seeking a designated target and strafing it. The game itself is very similar to the old arcade classic Buck Rogers (a 3D flying shoot-'em-up), featuring the same sort of graphics and craft control.

At the bottom of the screen there is a bar indicating your distance from the target. This doesn't go down, as you would expect, as you near your destination but it decreases every time you shoot a ground installation (ranging from radar towers to houses). These appear as you zoom across the terrain and can be destroyed by simply diving to ground level and firing at them. The installations are all harmless and, unless you crash into them, they pose no threat to your plane.

As you can imagine, the enemy aren't too impressed by all this whizzing about the place, blowing up their buildings. So, to put a stop your antics, they send up planes that fly around the top half of the screen. These don't actually fire at you but it's fairly easy to crash into one should you stray into its path. To make matters worse, flak is fired from over the horizon and detonates randomly with large explosions, one touch of which will destroy your plane.

If you manage to destroy the required amount of installations then you can have a crack at the main target - a building that you have to fly over repeatedly, strafing it many times. On successfully destroying it, you get a score bonus, an extra life and are allowed to advance on to the next level. Should you fail, then you are forced to start all over again.

When I heard that the author of this game also wrote Falcon Patrol 1 and 2 I was extremely interested, both these games being excellent shoot-'em-ups. You can imagine my disappointment when I saw that Hunter Patrol was nothing more than a Buck Rogers clone. The game plays very similarly and although graphically and sonically better, it doesn't improve on the gameplay. At £1.99, it's still only just average value for money, and there are far better offerings from Mastertronic at the same price.

With the quality of Mastertronic's titles improving greatly with each new release, I was disappointed with this rather poor game, especially as it was written by Steve Lee of Falcon Patrol II fame. The graphics are just above average, the 3D effect with the bands of colour working well, but unfortunately the same can't be said of the planes. The piece of music on the title screen, although not being one of Rob Hubbard's better pieces, is very good. The sound effects are weak and sparse though.

Mastertronic have set themselves a bit of a problem recently, by releasing such very good games at their very low budget prices. Naturally, you start to expect the best, but Hunter Patrol is certainly a bit of a slip. Nevertheless, bearing in mind its price, this cheap and reasonably cheerful shoot-'em-up can't be called bad value, it's just that you shouldn't expect too much, but if you want an inexpensive filler between major bouts of zapping or adventuring, then this game is probably a modestly worthwhile investment.

Hookability 67%
Easy to get into, but seen it all before.

Value For Money 60%
The two quid's good, but the game's still only average.