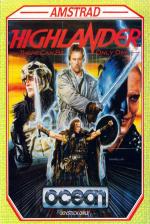 A sword battle against different backdrops and three increasingly difficult opponents. The opponents load separately with the new scenery. Quite tricky sword-fighting and nice graphics, but nothing very original about it.

Chalk up another failed film licence.