﻿ Heroes Of The Lance (US Gold) Review | Amstrad Action - Everygamegoing 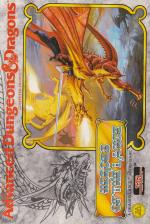 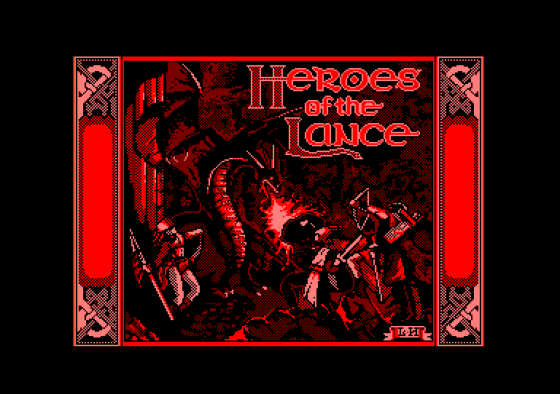 The long awaited Advanced Dungeons and Dragons (AD&D) has finally arrived on the CPC. Unfortunately it's not a role playing game, but you can't have everything. Heroes is set in the fantasy world of Krynn, a world in which the Dragon Highlords and their Draconian minions seek to dominate. It's based on the AD&D role playing supplement Dragons of Despair, set in the ruins of the temple of Xak Tsaroth. A party of adventures undertake a quest to recover the Disks of Mishakal from the depths of the temple. The Disks are guarded by Khisanth, an huge and ancient black dragon. Many dangers await before you finally confront Khisanth.

Control of the characters is all done via the joystick. You can make them run, jump or duck to the left and right. When there's a suitable exit you can move into or out of the screen too. If a monster is also on screen then you can either use ranged combat or charge in and hack at them in melee. Ranged combat includes spell casting, bows, spears and other throwable objects. 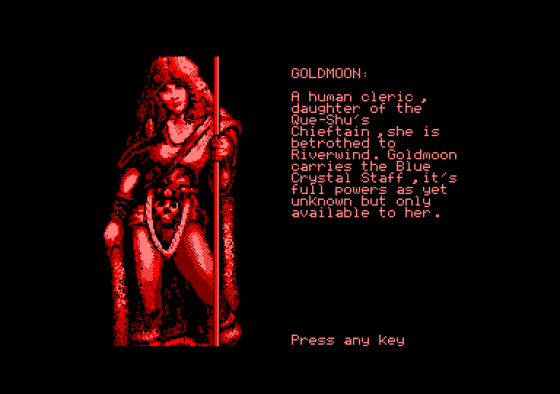 A press of the space bar opens up a large menu window with the following options: character select, magic spells, clerical spells, use, take, give, drop, save and restore. The latter two options are essential in a game of this size. Character select allows you to switch the character that appears on screen, which is useful if one is getting badly injured or you want Goldmoon to resurrect someone. Take lets you pick things up and drop does the reverse. With give, you can move objects from one character to another and use allows you to drink potions, read scrolls, wear rings etc.

Raistlin can cast the following spells from his Staff of the Magius: burning hands, charm, sleep, magic missile, detect magic, detect invisible and final strike. Goldmoon can similarly cast clerical spells from her Blue Crystal Staff. They are: cure light, wounds, protection from evil, find traps, hold person, spiritual hammer, prayer, cure critical wounds, raise dead, restoration, deflect dragon breath. If Goldmoon dies then Riverwind, Caramon or Sturm can use the Staff, but only cure light wounds, find traps, cure critical wounds and deflect dragon breath can be used. But that's not all: if she does die things begin to go badly wrong for the party, because you have no way of getting dead characters back. The commonest cause of demise in the early stages of the game is falling down pits and consequently losing the body and all its possessions. Without a body it's tough, you can't resurrect a character. Characters can also die when then take damage from spell and melee combat. The wounds can be healed by use of the cure spells unless the character dies, in which case it's raise dead time again.

Sound - merely a matter of combat and spell casting effects - is limited, and graphics distinctly lacking in colour, though they make up for it a little in detail. Characters run and jump around very well and the ones in cloaks look very dynamic as they leap over pits. Both monsters and heroes are well animated and easily identifiable. Background graphics are also detailed and objects lying around the temple can be identified with no problems. 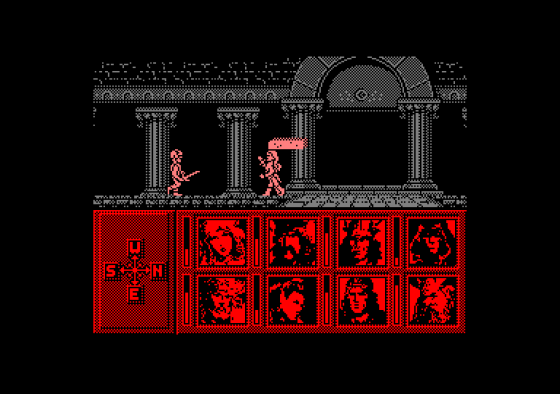 First impressions of Heroes are that you've got a game with average graphics and simple sound effects. It takes a few plays before you realise just how much game you've got for your money. A lot of it does look similar, but as you explore the temple you discover more foes and hazards. AD&D artwork has always been of a very high standard and it's good to see that the computer games are getting the same sort of quality artwork on the packaging. Definitely the best game from US Gold this year. Let's hope they do even better with future AD&D projects, and that this sells enough to persuade them to convert them for the CPC.

As a rabid follower of the Dragonlance books - although not a player - I'm impressed with US Gold's efforts.

It reminds me of the Gargoyle games (Tir Na Nog and Dun Darach). Except it's much better. Furthermore, I suspect that this is one game I could actually solve. 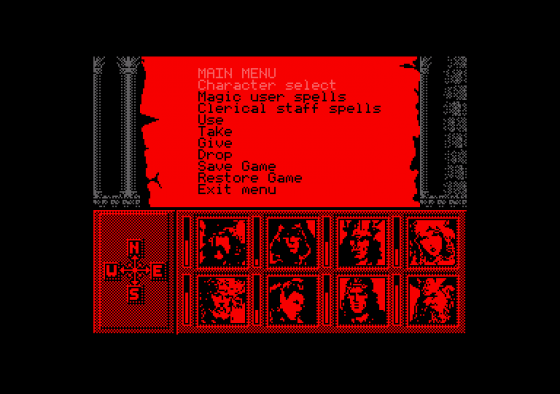 It has to be said that the graphics aren't much and sound isn't much: but the game remains faithful to the rich tradition of Dragonlance and the world of Krynn.

Late production difficulties, it seems, may delay the appearance of Heroes in the shops. Thus there may be features that do not appear in the pre-production version on which this review is based. These, however, should be minor, and in any case will be improvements. If anything. the game you'll see could be even better!

Graphics 63%
P. Well animated and detailed monsters and heroes.
N. Colour could have been used better.

Sonics 43%
N. Sound effects are simple, but do their job.

Grab Factor 86%
P. Many things to do and objectives to achieve.
N. Pit jumping is very difficult and frustrating.

Staying Power 93%
P. Very large playing area to explore.
N. Most of the fun is in exploration and so if you do complete it then you probably won't play again.

Overall 92%
An excellent game from US Gold. It's been well worth the wait.

An excellent game from US Gold... Well animated and detailed monsters and heroes. 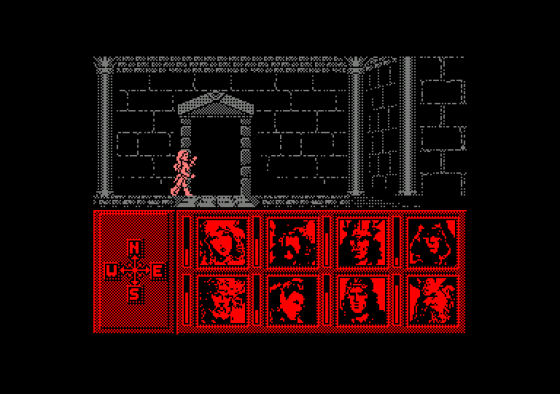 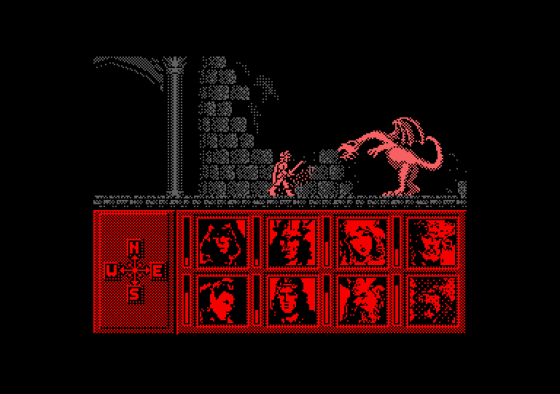