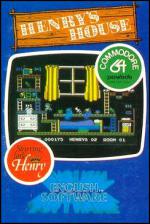 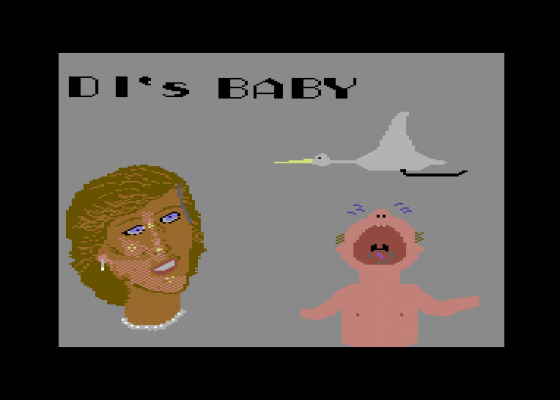 Two of the latest platform games for the C64 are loosely based on the Royal Family and Prince Harry.

Bad Taste Software, on the other hand, have received much national publicity with a game that really lives up to their name. Called Di's Baby, it features Charles and Di and their latest son. There are five screens, involving nappies, potties, dashes to the hospital, syringes and worse. 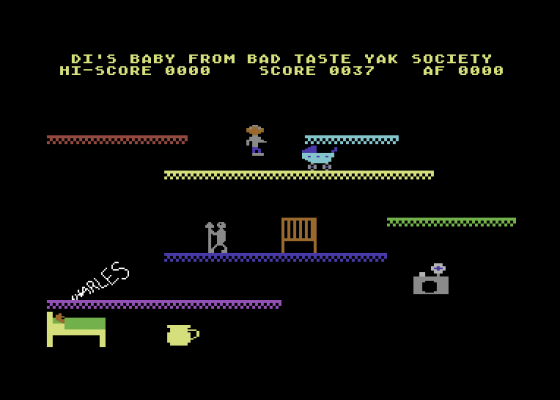 The graphics are crude, the music abysmal and what comes out of the upturned potties I just don't like to mention. But it bears a close resemblance to the quality of the game.

Henry's House is superb. There are eight screens, each totally different and with some of the most intricate graphics I've seen on a C64.

The idea is that Little Henry, as he's known, has set out to discover the secrets of the hidden rooms in the Royal household. 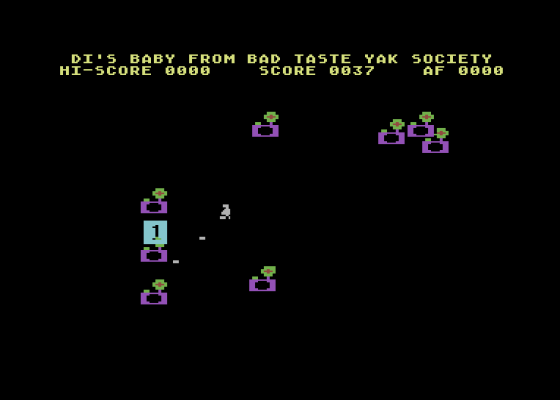 He starts in the clothes cupboard and has to find gloves, hats, ties and the like.

Then, after all that dust, it's into the bathroom for a good wash. There's a beautifully-drawn tap on this screen, with drops of water falling into the bath.

At the top of the screen is the plug and, if you pull it, the bath empties, revealing even more objects for Henry to collect.

The kitchen is next, complete with electric tin opener and Kenwood Chef mixer. But watch out for the toast flying from the toaster!

A useful thought by the programmer means that, when you are out of lives, you start your new game at the last screen you finished and not back in the clothes cupboard. You can go back to the start, though, if you wish.

This is the first of English Software's games to feature a control system known as Romping Over Ye Anglosaxon Ladders.

Quite what it means, I haven't a clue. But I imagine that the initials were chosen first and then they thought of the words to fit round them!

You'll love Henry's House. Whoever wrote Di's Baby, though, should be locked up in the Tower for a long time.