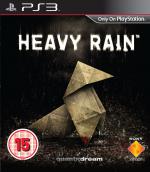 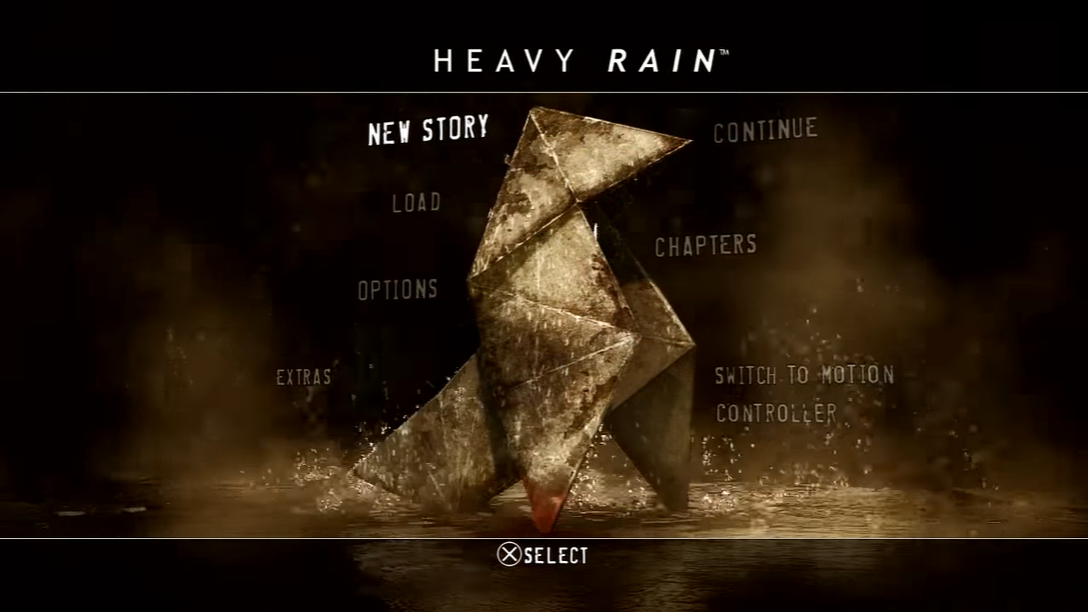 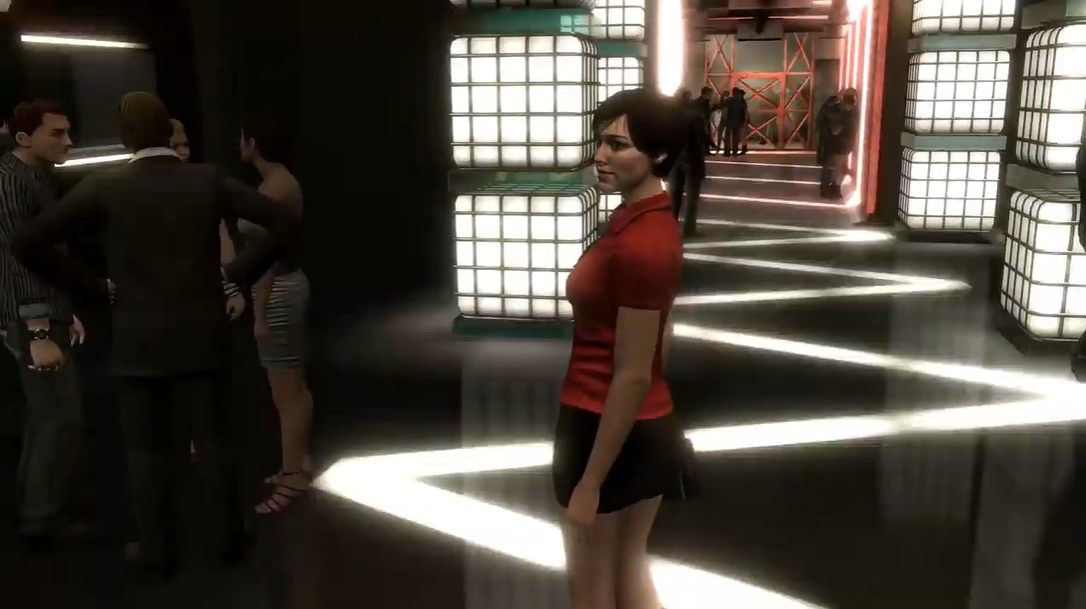 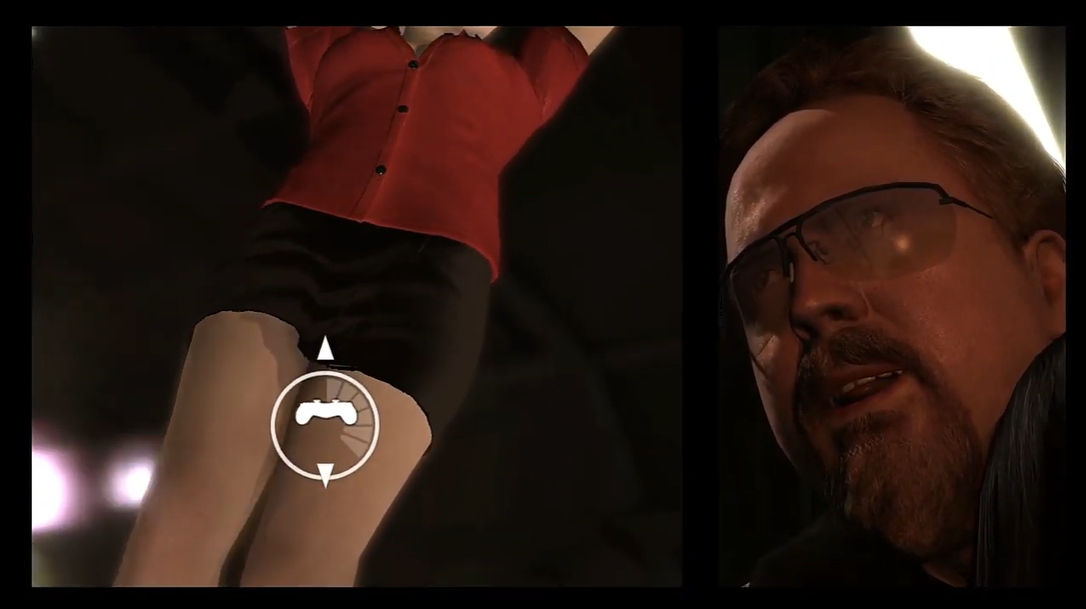 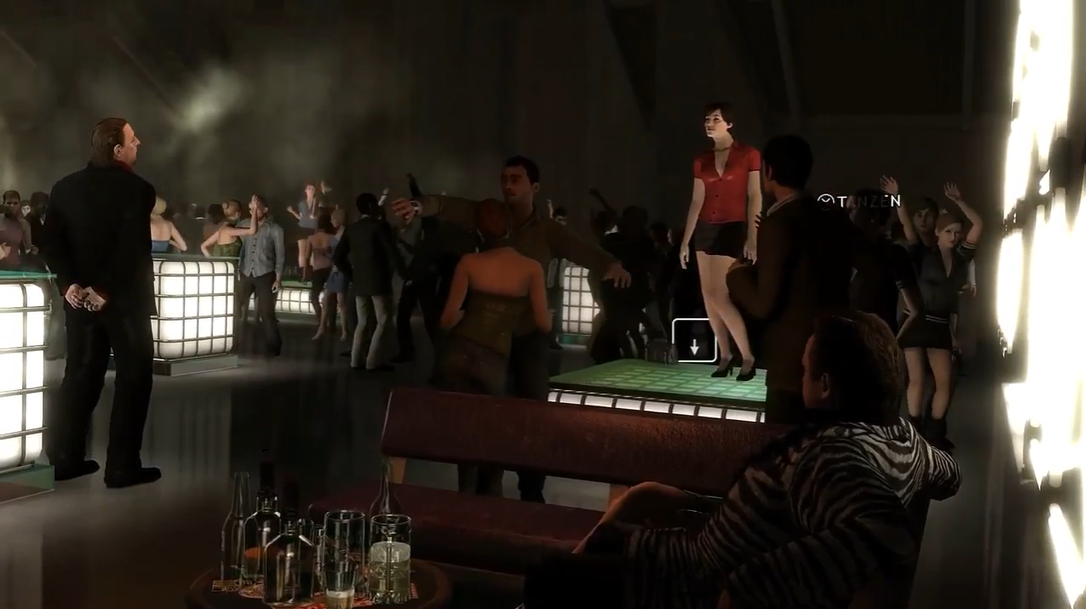 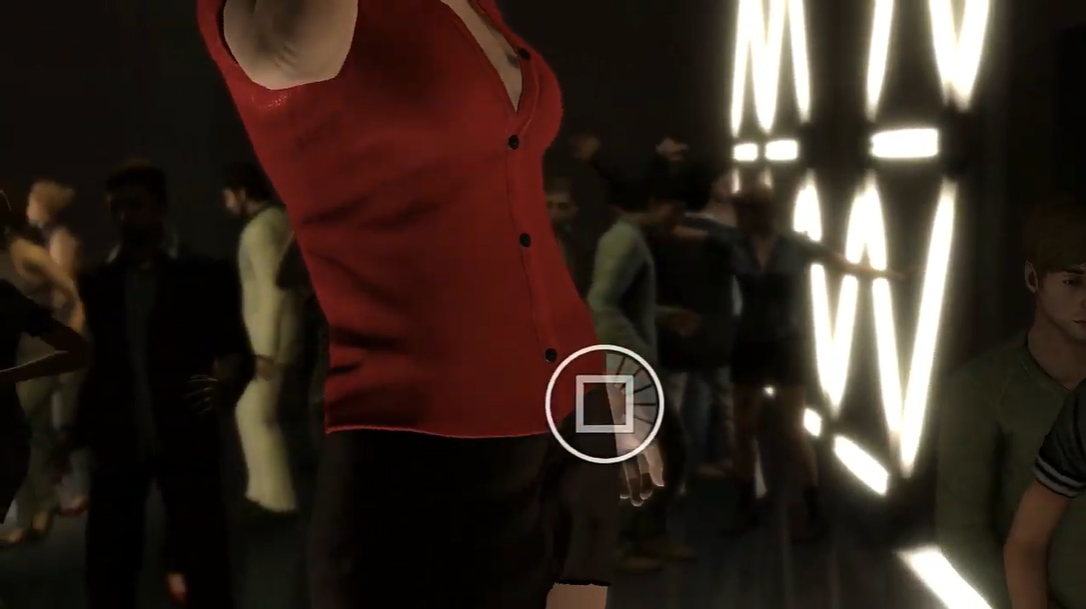 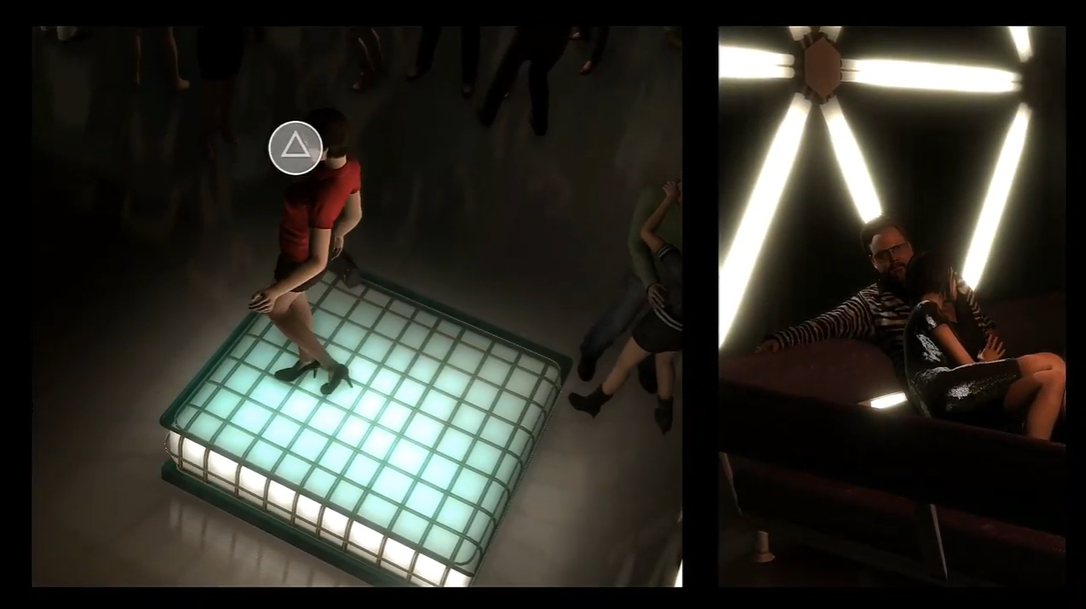 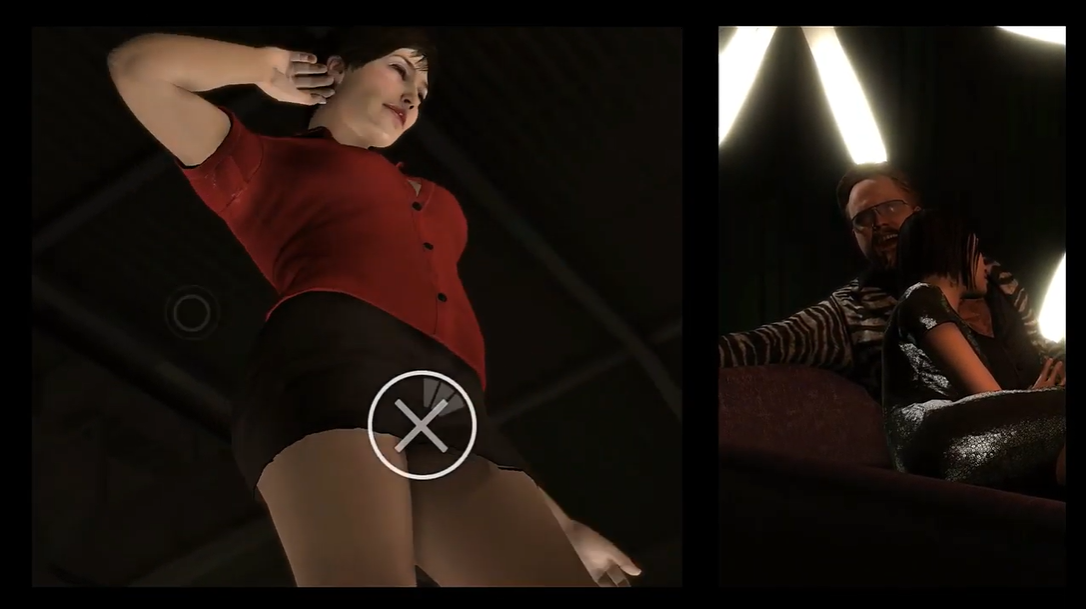 If I think of Heavy Rain as a mishmash of the lives I might have lived if I had made different choices, well, I really suck at a lot of things. If I'd had children I'd suck at looking after them, to the extent that one of them would get pureed under the wheels of a car and the other would get kidnapped by a serial killer. If I was a detective, I'd develop a drug addiction that I couldn't control. If I was a Private Eye, I'd develop a belly the size of Mount Everest and roam the streets randomly beating people up. And if I was a sexy young journalist, I'd decide the best way of obtaining my stories was to flash my breasts at every loose cannon in the neighbourhood in the vague hope I could one day write a book about it.

Welcome to the world of Heavy Rain, an interactive B-movie with a plot like something you'd vomit onto a piece of paper after having woken from a particularly weird dream. It's one of those "decision" games where you interact with the story by wiggling the controller or furiously tapping the X button. Obviously created by approximately a hundred thousand people over an eternity and at a cost of untold millions, it beggars belief that it's as bad as it is. And its real problem is that, all the time it's being so fantastically bad, it seems to believe it's breathtakingly clever.

The plot, such as it is, is like something from a late night straight-to-Channel 5 movie. Apparently, there's a serial killer on the loose who kidnaps children, drowns them and then puts their bodies on display with an orchid across their stomach. He is known as the origami killer because, um, well, when he's not murdering innocent children, he's making little animals out of paper. The police don't seem to treat the killings with any sense of urgency and, even though the killer has been active for two years, he doesn't seem to have left them a single clue. One detective has a funky pair of sunglasses that allow him to investigate crime scenes without the need for forensics or reportage, which is for some reason, a Good Thing. And then there's a fat Private Detective who is conducting his own investigation, by the not-so-subtle art of tracking down the parents of the murdered children and asking them questions. Finally, there's Madison, a character who likes to get her kit off to shower and have sex. Even though the chances of anyone feeling even slightly horny in this rain-soaked arena of doom seems, to say the least, inappropriate.

Not, however, that you're even likely to fully appreciate most of this from the get-go. The first thirty minutes of Heavy Rain are beyond tedious, with the player having to do such exciting things as put plates on a table, carry his children on his shoulders and create the world's most intricate (and totally pointless) architectural drawing. Then, quite bafflingly, you and your wife head off to a shopping mall where one child wanders off holding a red balloon, again for no real reason. This completely boring human being is Ethan, a man who spends half a minute searching his pockets for $2 to pay a clown rather than taking hold of his son's hand to stop him wandering into the road. At least, however, Ethan is introduced in a manner that you can identify with. As soon as the game splits and you start to play as Madison, Scott the private investigator or Jaydn the detective, you're plunged into scenes which make very little sense. And some of these end with "And it was all a dream"...!

What's particularly soul-destroying about Heavy Rain is how you get the impression that it is "branching" with almost every single decision you take. It seems to have over one hundred endings, ranging from a wonderfully Hollywood-esque fight between the goody and the baddy on an overhead conveyor, to characters overdosing on heroin or committing suicide. Like an episode of 24, no-one is guaranteed to survive until the final credits and, unless you've got the reflexes of The Matrix's Neo, that is likely to mean that most players are going to lose out on even seeing the majority of 'plot points' even develop. For example, when I played, I got one scene of Madison in her apartment being attacked by some masked intruders (for no reason). The game completely skipped introducing her as a journalist and, perhaps more importantly, completely skipped the shower scene where she wanders around naked for four minutes. The next scene I saw was her pulling into a motel where she could complete the mission of Signing the Register (So exciting!). The desk clerk read aloud the personal details she had written down, which included the word "Single". I mean, really, she might just as well have added "And Desperate"... She then made a beeline for Ethan's room for no reason whatsoever, and tried to seduce him despite his being covered in electrical burns and missing his little finger. As Ethan, I fended off the advances of this Maniac Slut Woman, which meant that I missed the big cut-scene revelation that she was a journalist (because hey, that logically follows, right?).

I mean, even on late night Channel 5, you wouldn't get away with plots this stupid...!

Now I could moan for England about just how awful the dialogue is, just how atrociously the game crawls along and just how unrealistic every last twist and turn of the plot is. But, as an example, I counted at least three completely incidental serial killers who pop up to threaten one character or another, again for very little reason, throughout the so-called plot. There's also the not insignificant final unmasking of the real kidnapper/serial killer, which is so ludicrous that it makes a mockery of practically every scene that preceded it. And finally there's the god-awful control system that gives you a half-second to tap, say, L1 followed by L2, followed by square, followed by triangle. Fail to get some of the crucial 'quicktime' taps correct and that's it, your character may end up falling from a great height and decorating the pavement with his brains, or get fed into a car-crushing machine.

Some bits of Heavy Rain I did rather like. Trying to push Madison through the assembled dancers at a nightclub was kind of fun, and the nightclub's music was so funky that I could've hung out there all night. I actually do like that all of the characters can die if you make the wrong moves too - it gives the game a certain edge and it also makes you think about the choices you make in your own life (particularly how even the good decisions have bad consequences). But something like Heavy Rain succeeds or fails for the most part on the quality of the storyline, and this is all too disjointed and downright weird to be fun.

According to the cover art, Heavy Rain has won awards left, right and centre but I'm sorry but, unless those reviewers played through some radically different threads to me, I just don't buy it. Give me a good movie over such convoluted nonsense as this any day of the week.