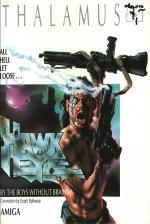 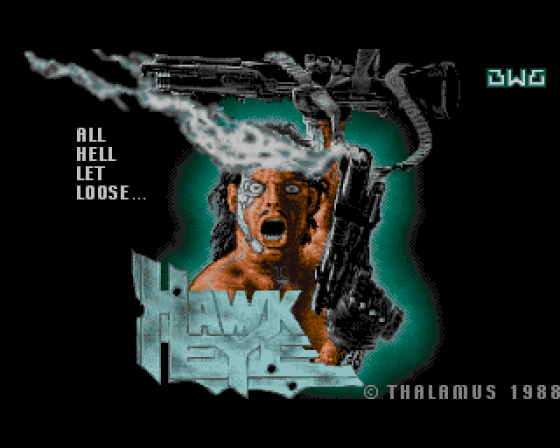 The population of Xamox are in underground caverns, hiding from the Skyrksis - an alien race of Nomads. Hawkeye is created by the Xamoxians to take on and destroy the intruders.

Twelve horizontally scrolling zones of platforms and ledges make up the play area and Hawkeye is armed with four types of gun from a pistol to bazooka. 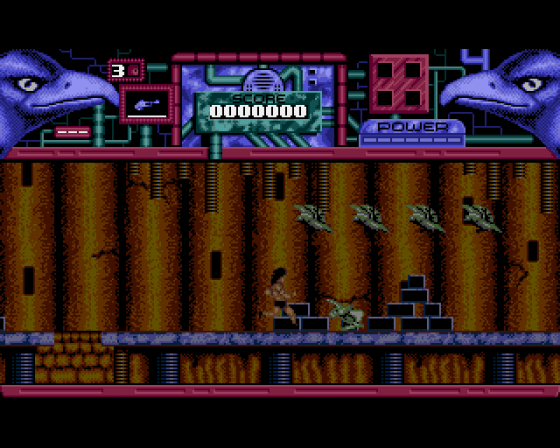 Hawkeye's task is to locate the four puzzle sections placed randomly around each zone. While searching for these, Hawkeye must leap gaps, avoid robot mines and the many Skyrksis aliens and Guardians.

Hawkeye simply blew away all other platform games on the C64. However, the technical brilliance behind that pous has not rubbed off on the Amiga game with limited colours used in each level and a near total absence of parallax scrolling.

Little better than the C64 version is appearance it's graphically very average. Thankfully the platform action playability of the C64 game is still there, but I'd hoped for something more spectacular. 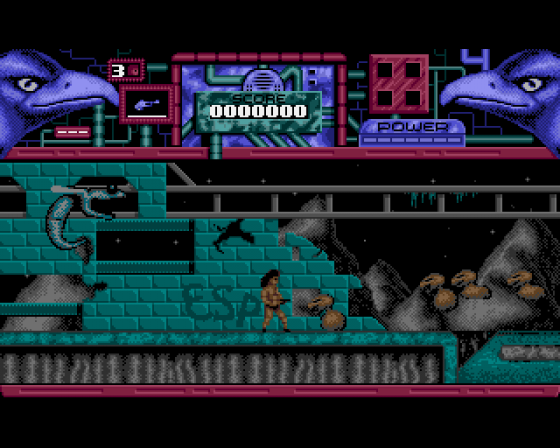 This really isn't very different from the C64 version, and hardly uses the Amiga's immense graphics and sound capabilities. For a start, the parallax scrolling has only two layers and the scenery is dull with a bland colour scheme.

In-game sound is also unimpressive, consisting of a simple 'heartbeat' background noise and typical shooting effects. The only compensation is that the simple 'run and shoot' gameplay is just as addictive as in the great original.

Graphics 48%
C64 emulation is in evidence which comes as a big disappointment.

Hookability 78%
Very easy to get into and highly addictive.

Lastability 68%
By no means easy with twelve vicious levels.

Very easy to get into and highly addictive. But C64 emulation is in evidence which comes as a big disappointment. 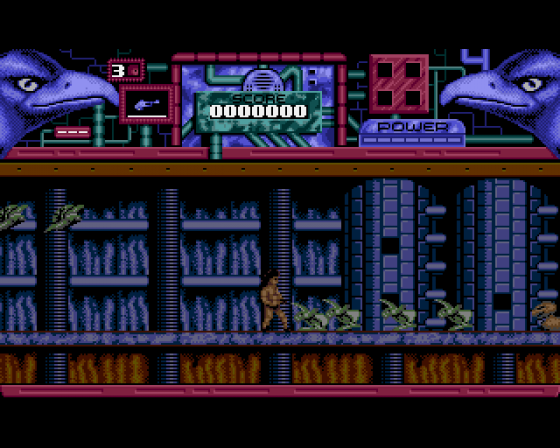 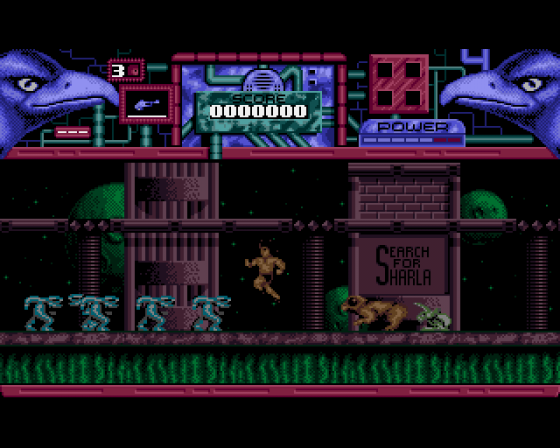 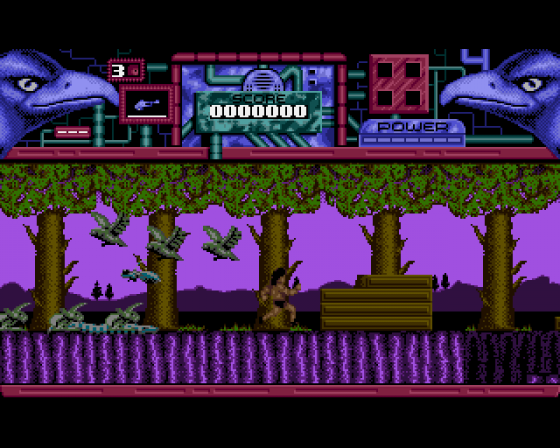