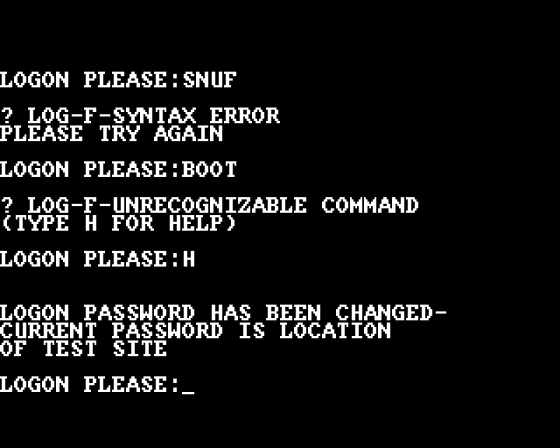 The Hacker series just goes to prove what I've always said about Yanks, they can't do anything by themselves.

Once again, the amazing 'know it all' American CIA need your help, and you're just an ordinary guy or gal.

This time, they interrupt you whilst you're browsing through the latest on-line software chart, and beg you to help them. 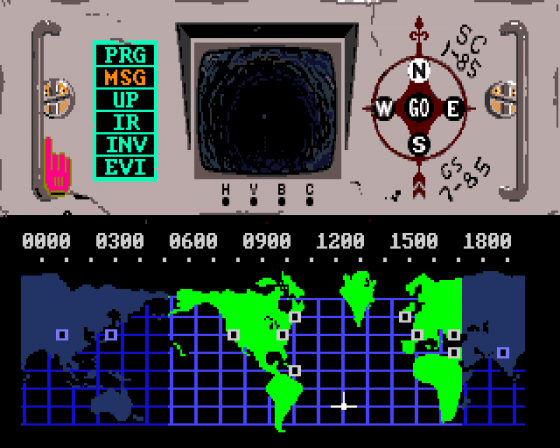 It seems the Russians (surprise, surprise) have some kind of notebook which contains the stuff that brings countries, worlds and galaxies to their knees.

Of course the papers are guarded in a maximum security building in Siberia, which isn't the world's hottest tourist spot.

Using a US satellite, you can get into the complex with your micro, and consequently control a droid which the Americans have managed to sneak in.

Using your micro, you have managed to tap into a security camera, and you are able to use this to look around. There are other cameras about, but you have no control over them.

But you may jam their signal, and run a pre-recorded tape past them, so you can step in front without being squealed on.

Doing this takes care, and you must amtch the camera signal time with the video exactly, otherwise you will be detected. When you are detected, the Russians send out a thing called the 'Annihilator'. You have probably guessed what this does. But it does it in a most humorous way, mashing your MRU over the head. The sound effects here are great, listen out.

So, we've got four displays on the screen, three cameras, and the fourth is the TGS. This is your guidance around the complex, and when you move it, it moves along as well, simple.

You are told that the papers are in a vault, which you will be able to find pretty quickly. However, you must first get the combination. This is in four or five parts, and each part is in a coded filing cabinet somewhere in the building.

You are given the code for one of the cabinets, and must work out the rest for yourself.

All this sounds pretty simple for the accomplished hacker, so to make life more enjoyable, there are messages which pop up every once in a while.

These range from "camera detection loss", which means you can't tell where the moving cameras are around the building, to "droid detection loss", meaning complete loss of your guidance systems. So much for American technology.

And that's about it gameplay-wise. Just find the combination, open the vault, and choose the right papers to get home. But it's damn hard trying to do it.

The graphics are nicely done, with clear and precise shading on the little TV monitors, although their display is black and white.

All in all, a good game, but nothing special. Computer hackers should love it though.

A good game, but nothing special. Computer hackers will love it though. 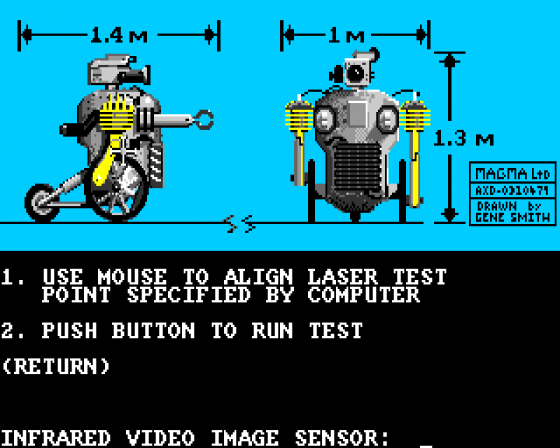