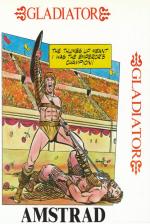 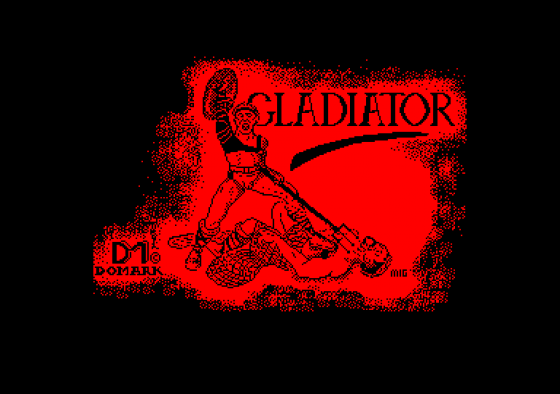 Gladiator came out on the ZX Spectrum a few months ago amidst cheers of dramatic apathy. Fighting games have just about been done to death by now and Gladiator, despite having a lot of saving graces and probably being the pick of the bunch, is still yet another fighting game.

Instead of the manic orientals with Bruce Lee fixations that you normally get in a game like this, Gladiator seems more like the thinking man's dose of gratuitous violence with 45 different weapons to choose from with different attack and defence attributes for each type. So you can be the Nubian type of fighter with a net and trident or the Spartan type with a sword and short shield - the choice is up to you, though I recommend one of the longer weapons to keep your opponent at bay.

Control is through the usual eight positions of the joystick and eight with the fire button pressed to make sixteen in all. The Spectrum version of this game had a mode where you could practise all the necessary moves in the clearing of a wood. This seems to have been omitted from the Amstrad version - to the detriment as you have to know the moves before you can effectively fight, and you can't learn if the opposing gladiator kills you within a few seconds of starting the game!

The graphics are reasonable and the animation is OK. The characters are a bit chunky with not too much detail in them; whether this is worth the extra colours that this brings is another matter completely.

Not a bad game, but not a great game. One that the martial arts pundits will probably shun because it takes a bit too much brainwork. And everybody else ignoring it because it is so much like a martial arts game. Ave Domarcus.

Not a bad game, but not a great game. The characters are a bit chunky with not too much detail in them; whether this is worth the extra colours that this brings is another matter completely. 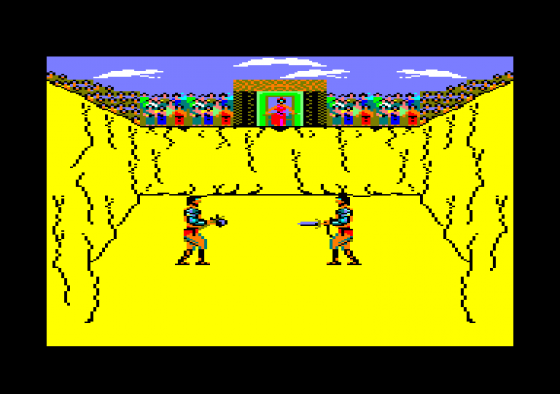 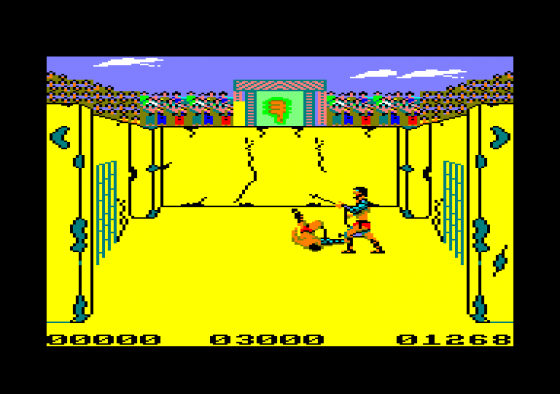