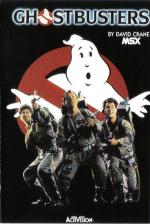 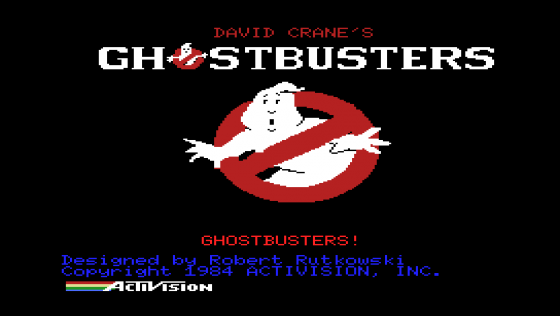 After the enormous success of this game on other computers it has at last arrived for MSX machines. Its popularity was helped by the timing of the release to coincide with the film but also by the inspired combination of music, graphics and game content.

There are three stages: in the first you are given money with which to buy a car and some ghost-catching equipment; next you plan a route from HQ to part of the town with troublesome ghosts; and finally you drive through town to arrive and capture the creature. It's a fascinating game that depends on your ability to perform well at arcade games but includes the added dimension of the business element. The main object is to make money.

The inevitable question is': how does it compare with the other versions? The graphics are as good as the original with excellent use of sprites. It's colourful and responsive giving good control with joystick or keyboard. The music, which was so vibrant in the 64 version, is reasonable but lacks the same harsh quality that gave it a menacing air.

It's a brilliant game and it's a shame it arrived after Ghostbusters fever had died down. If you haven't seen the film then maybe there will be a revival with the video. However, if you haven't played it... buy it!

It's a brilliant game... It's a shame it has arrived after Ghostbusters fever has died down. 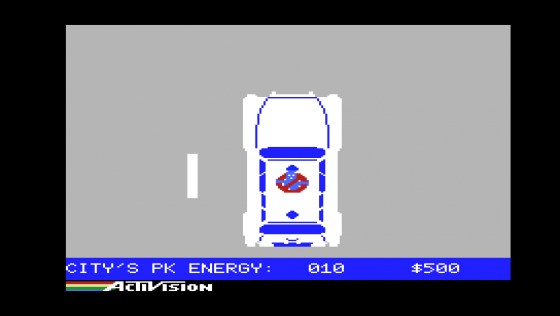 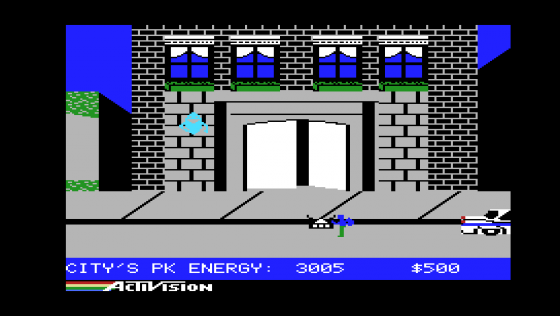 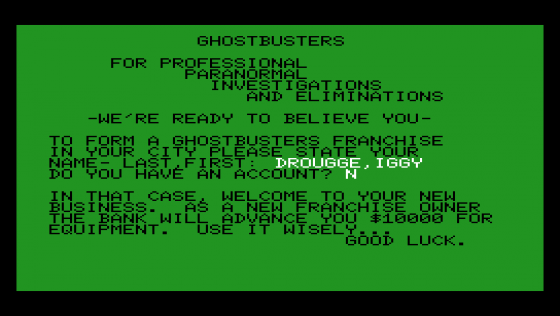 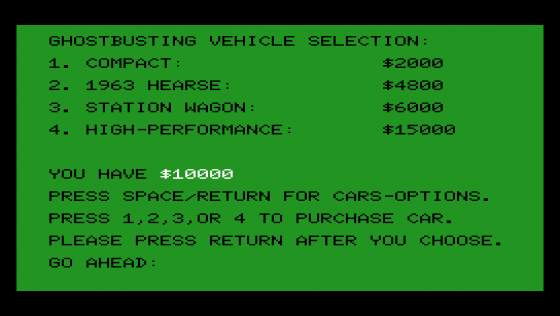 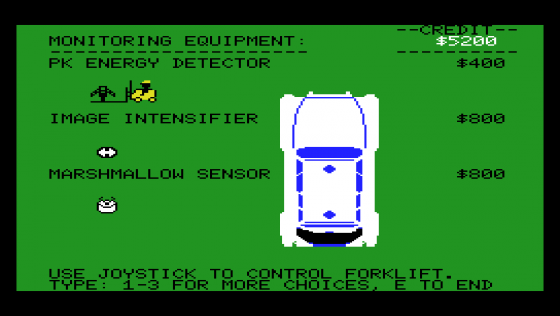 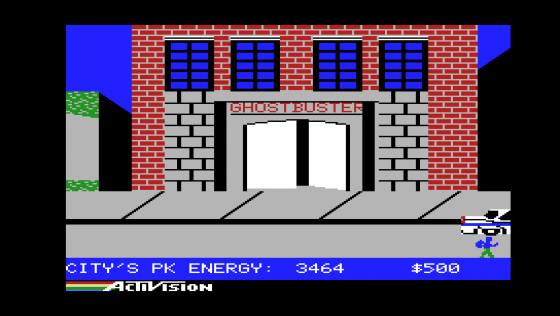 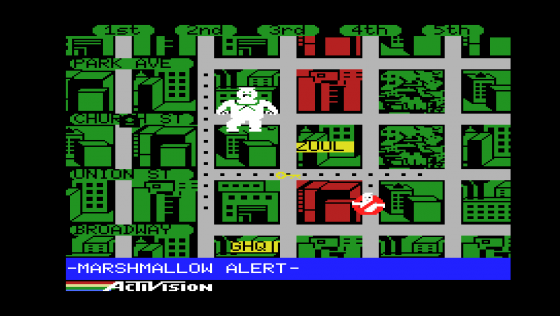 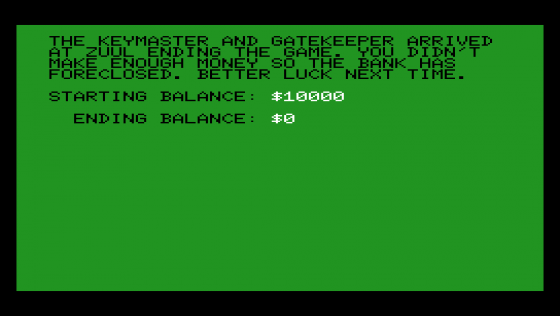